"Shank" and "Above" by Levi Washington


"Shank" and "Above" by Levi Washington 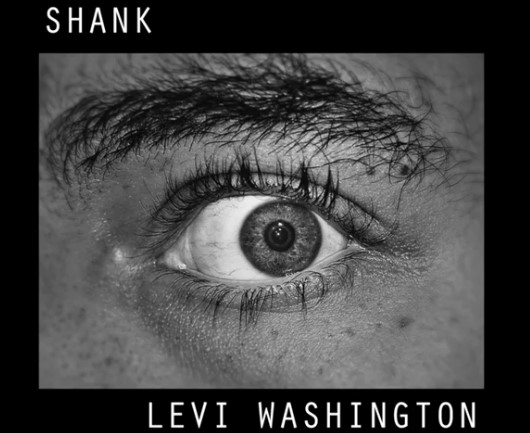 This week, Levi Washington is surpassing even his prolific form of the past few weeks with not one but two new singles, "Shank" and "Above".

There is definite strategy here, as "Shank" (as the name would suggest) is very much in line with some of his recent releases in this campaign such as "On The Wrong Side Of The Sunshine" or "Focus" in setting the listener a bit of a challenge in terms of emotional processing & thus he has also provided us with "… the spoon full of sugar.." of "Above" to offset it to some degree.

I really do respect Levi in this respect: here he is in December releasing great single after great single and nary a one has anything whatsoever to do with Christmas: in addition, with "Focus" I thought he was commendable for slipping in such a raw track and that it would be a bit of a standalone in that respect: not at all. In fact the ratio of tracks of that ilk to more comforting ones is much higher than I'd initially expect: and why not? These are especially challenging times (and let's not forget that Christmas can be a very lonely and sad time for many) & Levi is setting out to tell the stories he feels he wants to share. I'd much rather review songs of this integrity than opportunistic amalgams of seasonal clichés marinated in synthetic sleigh bells.

"Shank" is quite a listen in fact (a long track at over five minutes) a howl of confessional anguish over an urban landscape punctuated by jazzy stabs (which seem appropriate given the theme): unsettling shifts in the arrangement (the whole thing goes beyond restlessness into a neurotic and almost paranoid mood with the instrumentation never settling into patterns of any great duration) give the impression of night in the city, glances over the shoulder and awaiting some sort of inevitable conclusion: injury from himself as much as another being a possibility.. That said, the playing is superb, as are the vocals (Levi while presumably inhabiting a role here, gives his customary impression of authenticity) and he reasonably in my opinion rates it as one of his best productions. As he eloquently puts it: "..it's nothing fucking pretty at all but so is life.."

"Above", as I've said, is offered as a sort of antidote (but not a purgative) to "Shank". The first track is about a year and a half old (he took his time releasing I out of consideration for his audience apparently), but this one is significantly older, dating back to his teenage years and reflects the optimism, lack of world weariness and cynicism which go with that age. As you might imagine, as a piece of relative juvenilia, his influences are much more discernible here (it's hard not to spot the Oasis similarities) and in that respect, it's an interesting glimpse into his creative development from the initial steps where the templates are fairly obvious, to the mature writer of today where many influences work together until few if any are obvious in any one of his songs.

The mood and performance certainly are a world away from "Shank" (though I'll stick my neck out here and say that I'm not sure true Levi fans would actually need the dose of sugar: I think we can all respect the first track for what it is, even if listening to it is not as immediately "easy" as it is to "Above") and I would imagine would go down better at festive gigs and indeed I guess most radio stations, offered a choice between the two to playlist, will go for this one. However, once the two have been absorbed fully, my personal response is that "Above" might provide the short term buzz of the sugar rush, but it is "Shank" which leaves the stronger & longer term impression.

It's back to business nearer usual for Levi Washington with the release of "Same Ole U".
[1 image] END_OF_DOCUMENT_TOKEN_TO_BE_REPLACED

It was grand indeed to catch up with Levi Washington live on Sunday on the Bandstand, but it's back to the weekly business as usual now with his ...
[1 image] END_OF_DOCUMENT_TOKEN_TO_BE_REPLACED

I was pleased to hear that Levi Washington is managing both his health issues & his rapidly expanding portfolio of commitments running live events ...
[1 image] END_OF_DOCUMENT_TOKEN_TO_BE_REPLACED

I'm sure many readers will have been saddened to hear of the illness of Levi Washington last week and his consequent hospitalisation.
[1 image] END_OF_DOCUMENT_TOKEN_TO_BE_REPLACED

You can't fault Levi Washington for ambition: trying to release a new single every week against the background of organising so much live music ...
[1 image] END_OF_DOCUMENT_TOKEN_TO_BE_REPLACED

After the angst of last week when he agonised over the mix of "Carrie, Baby" until Wednesday & the existential angst of the preceding "Check 1, 2" ...
[1 image] END_OF_DOCUMENT_TOKEN_TO_BE_REPLACED