"Time Goes So Slow" by King of the Alps 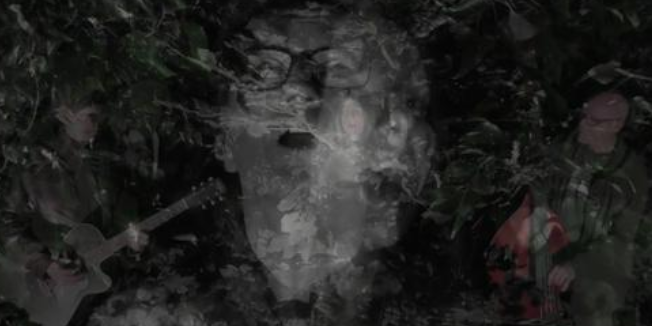 Regular readers will need no reminding of my admiration for that subtle and highly original band King of the Alps. I always enjoy their music and their new releases often take me by surprise both in their timing (they tend to emerge out of the blue) and their exquisite qualities. This is a band who manage to hone the most beautiful & heartfelt songs, utterly true to real feelings which nevertheless also manage to somehow combine accessibility with very quirky structures and approaches.

"Time Goes So Slow" adds to this flawless body of work & once again, twenty four hours ago I had neither heard it nor anticipated its arrival. Now it has found a place in my heart, hitting exactly the right spot when I needed it. (The release date was to coincide with International Men's Day 2021).

Like their previous release from June, "Wonderful Day", this is another peek into their forthcoming album "Heart of the Matter" (the follow up, at least in terms of albums, to "Matters of the Heart". Can you see what they've done there?)

Although the band's heart itself remains Paul Ingram & Simon Ward, as with so many of their previous releases, a part of the characteristic of King of the Alps is to keep the sound fresh and evolving is to bring onboard a succession of talented collaborators, each of whom brings something different & special to the feast. The latest of these  is vocalist Sally Laws & not only is this a chance to express how well her contributions have gone down live, but also to welcome her to the magazine as a member of the band.

Paul plays most of the instruments bar Simon's double bass & takes lead vocals, with Sally harmonising, but that tells only the surface story. King of the Alps have often gone for quite lush arrangements on which to set their lyrics (often in counterpoint) but even so, the layers of instrumentation on "Time Goes So Slow" is exceptional for them: Paul admits that the song was composed before they'd realised the implications of trying to play it live: I hope they manage it though, albeit in a necessarily more stripped down version, as it is strong enough I'm sure to make its emotional points in skeletal as well as fully fleshed form.

The obvious instrumental innovation you'll notice is Simon's switch to a double bass which certainly is right for the song & gives it that sombre jazz/folk feel which say John Parker often brings to his various projects (though he also brings much joy & uplift as well as appropriate to the song) and greatly enhances the melodic complexity we hear. Simon, as his Avidfan solo project demonstrates, has been exploring his jazz side a lot recently and it is a powerful addition to the King of the Alps palette. Here it broods impressively, adding its resonance to the profundity of the song. It's worth also stating in relation to this that I'm advised that "Time Goes So Slow" will be the most acoustic track on the new album.

Yet it's not all doom & gloom by any stretch of the imagination: I certainly wouldn't want to give you that impression. If I enjoy the emotional complexity of their songs, I would always also admit to often struggling to describe them adequately: their charm and attraction owes much to their elusiveness and of course this brings one back to needing to listen to them repeatedly. Which is no bad thing. Most King of the Alps songs contain elements of the downbeat & the optimistic and to be fair, as "matters of the heart" are what they aim to articulate, by exposing the duality involved, they create songs which surpass the emotional simplicity of much pop.

In this case, placing Paul's performance in the centre of the song, one can detect the breadth of that spectrum in various points along the track's length, with Simon's contributions possibly accentuating the melancholia while Sally balances that with her parts which stress the optimism more….

Paul tells me that in fact intention with the song was to move away from talking mostly about mattes of the heart into more global problems facing humanity, but nevertheless they have "crept in" anyway.

There is more than sufficient in "Time Goes So Slow" to be instantly recognisable as a King of the Alps song yet they've evolved what they do to enhance its effectiveness still further, including new details of how they sound, so it is clearly distinct from what you've heard before. It's another gem in the King's crown in fact.

Personally I'm hoping to catch them live with the new lineup before too long & awaiting "Heart of the Matter" intently.

As ever with the band, they've made an unusual & thought provoking video to accompany the single which is available at: https://www.youtube.com/watch?v=kXUcj7Z9o_c

Last night was another little milestone for me: my first pub-based gig for two years.
[3 images] END_OF_DOCUMENT_TOKEN_TO_BE_REPLACED

In one of those interesting serendipities which real life offers us occasionally, not twenty four hours after reviewing the debut solo single by King ...
[1 image] END_OF_DOCUMENT_TOKEN_TO_BE_REPLACED

It was only yesterday when Facebook reminded me that it was exactly twelve months since I had last see King of the Alps play live.
[1 image] END_OF_DOCUMENT_TOKEN_TO_BE_REPLACED

Every so often, I enthuse in a review for "Hot Music Live" over the privileges of being able to do so: fairly obviously hearing wonderful & original ...
[2 images] END_OF_DOCUMENT_TOKEN_TO_BE_REPLACED

This is something of a record for me (pun intended): I am reviewing an EP which I have been enjoying for over four months & now it is on the brink of ...
[2 images] END_OF_DOCUMENT_TOKEN_TO_BE_REPLACED