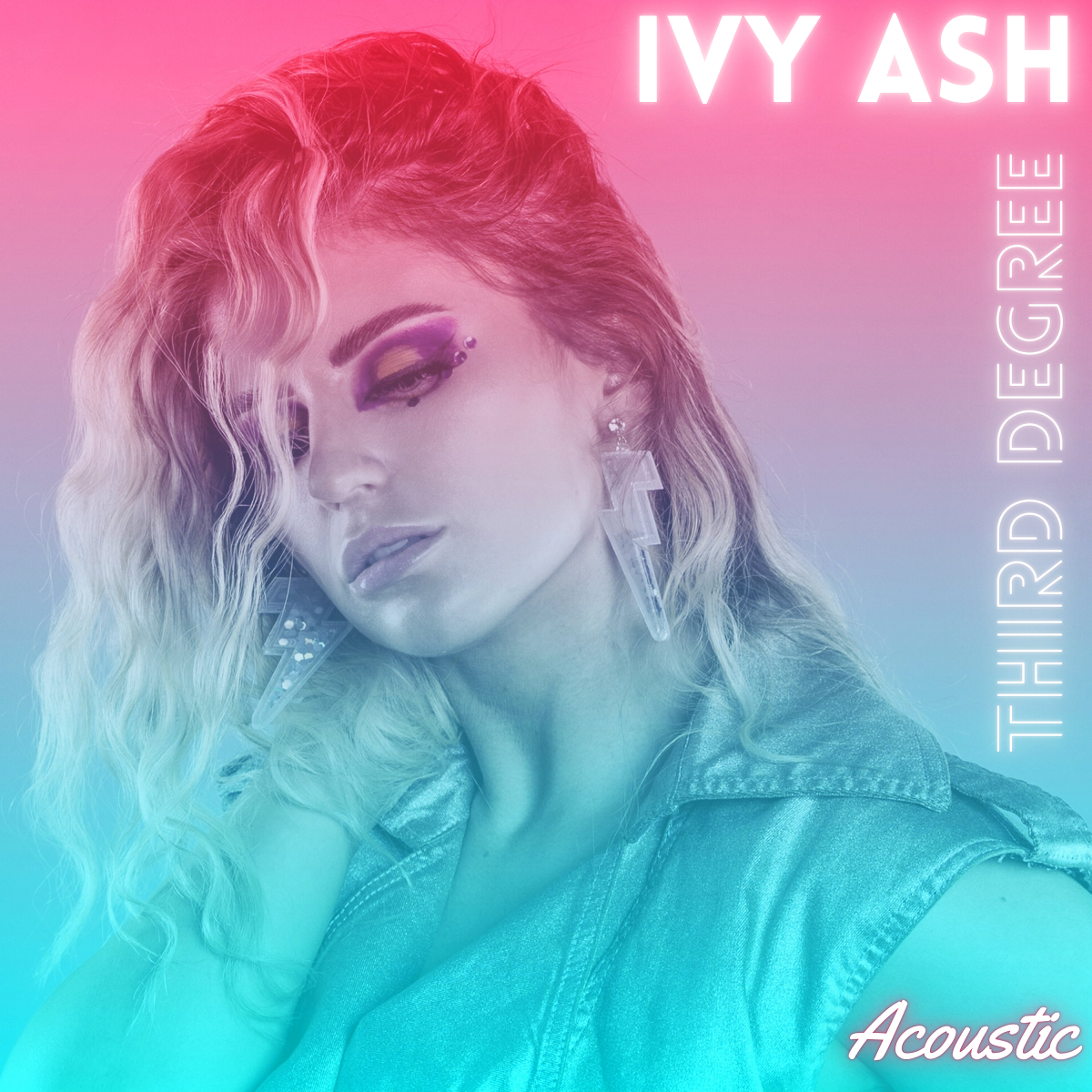 As with her debut single "Oops", Ivy Ash fashioned her most recent one, "Third Degree"  in such a way that it could be shared both in its upbeat form which was released on the 26th of last month and now in an acoustic,  piano-centred version which comes out on 23rd November.

I think many of us particularly appreciate songs which are capable of multiple interpretations: it presumably increases the possibility of other artists covering them & in cases like this where the writer/original performer effectively covers her own work, it not only exposes additional nuances and depths of the composition but allows us to apply a different perspective to it as listeners.

I should imagine that the Arts Council England ‘Developing Your Creative Practice' fund which enabled Ivy to dedicate time to creating new material greatly facilitated the development of a song sufficiently robust and subtle that these possibilities existed from the moment of creation rather than being an afterthought, and this new view of "Third Degree" certainly does allow us to explore the piece differently, exposing more fragile and vulnerable aspects of it.

While the initial variant comes across (as I said last time) as effervescent, with plenty of funk on view, accentuating the positive pop characteristics of this project, the new one is much more introspective and highlights her trademark compassion for people needing to respond to the central themes of "discovering your boundaries, taking control, and realising how to move forward". This of course continues the thread of continuity dating back to the pre "Oops" material wherein care for others, especially their mental well-being is central to her writing. It's certainly impressive how she has maintained this sense of altruism and depth of meaning while at the same time switching to a deliberately pop orientated & commercially aspirant strategy. Again, the space & reassurance gifted by the funding may well have facilitated this. Certainly it is also arguable that you can pick up on the deeper meaning of the song in this incarnation as the lyrics are easier to discern against this quieter arrangement & you are less distracted by the dance beat of the original release. I gather that Ivy originally wrote the song is a rather angry & reactive mood: if that is the case, then by reworking it, the passion is in no way diminished: if anything it is more powerful delivered "as a dish served cold".

"Third Degree" has already gained much approbation (such as being named BBC Music Introducing Leicestershire's Track of the Week and BIMM Institute's Tune of the Day) and it would be great if everyone who heard & liked it first time round could give a listen to this alternative reading: I'm sure it would only add to their overall appreciation.

Check out too this recording of Ivy talking last evening to on BBC Coventry & Warwickshire to Letitia George (sitting in for Brody Swain). You can hear the interview by going to this link: