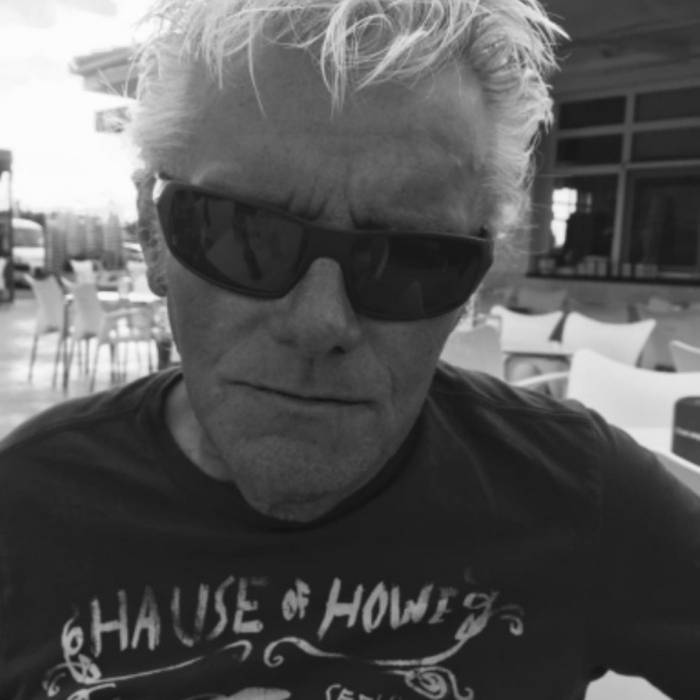 Out today from Dave Pepper is a new song called "I Need More Time" . Due to the intensely personal nature of this song, I abandoned trying to explain its meaning as Dave himself has put it in words I could not hope to match: "..written about my inner thoughts from my Mother's passing, almost 3 years ago. It put me in a dark place, and I'm up and down still now. Never take your parents for granted. You have one life to share." It's interesting too that the track was recorded in Dave's home studio which is now situated in the room in his & Stella's Spanish farmhouse where his Mum spent her last months and that this is the room in which he now feels the most comfortable.

You might therefore expect a melancholic and acoustic feel to how Dave chose to express his feelings (consistent of course with a lot of his more recent work which has centred on inner peace, reflection & mindfulness), but you'd be wrong. He has side stepped expectations and swerved the obvious and gone for a much harder rock sound than I have heard from him in a long long time: this is a complete visit back to the 1970s & early 80s Dave Pepper: he also cites checking back in with early influences such as Generation X and Social Distortion.

Quite apart from the added impact that such an approach can give us, I think the intensity of this arrangement may actually better capture the rawness, anger & stress of real grief. The layered guitars give it a real emotional heft too. The thoughtful lyrics need a bit of a listen to in order to pick out from the music, but it's an exercise worth taking.

It could be described as an unorthodox form of expressing these emotions, but another way of looking at it is that maybe by adopting more lachrymose settings, other writers are substituting expectations for true & sincere expression and in this case there is no doubting Dave's sincerity.

Apart from liking & respecting the track on its own merits (and on a personal note, this takes me back to the first Dave Pepper music I heard and which secretly is probably my favourite of his many sounds), it also, in its contrast to most of his recent output, gone back to the classic Pepper approach: sudden and unexpected sonic swerves. It's been his lifelong trademark & let's face it, Bowie did much the same…

Incidentally, I am pretty sure that this is the first review of a Dave track since he & Stella got married, so it's a nice opportunity to record congratulations in the magazine.

You can get hold of a copy of "I Need More Time" via this link:

Following the raunch of his most recent release from earlier in the month, "Rub Rub Grind", Dave Pepper is back with his new single "Don't Stop.
[1 image] END_OF_DOCUMENT_TOKEN_TO_BE_REPLACED

I got pretty excited in these pages recently as Dave Pepper turned the clock right back on his sound with that excellent song "I Need More Time": ...
[1 image] END_OF_DOCUMENT_TOKEN_TO_BE_REPLACED

The latest release from Dave Pepper is called "The Calm" and is now available for you too to enjoy via this link: https://davepepper1.
[1 image] END_OF_DOCUMENT_TOKEN_TO_BE_REPLACED

As usual, starting a Dave Pepper review with a list of his musical projects & genres mastered would in itself make an article too long to hold your ...
[1 image] END_OF_DOCUMENT_TOKEN_TO_BE_REPLACED

Given the overwhelming feeling of claustrophobia engendered by the current situation, it is a corrective to share evidence that we are not all hemmed ...
[1 image] END_OF_DOCUMENT_TOKEN_TO_BE_REPLACED

In terms of the tracks on ‘Hot Music Live Presents Volume One', some were great tracks from today & others rare & unreleased gems from some of ...
[1 image] END_OF_DOCUMENT_TOKEN_TO_BE_REPLACED