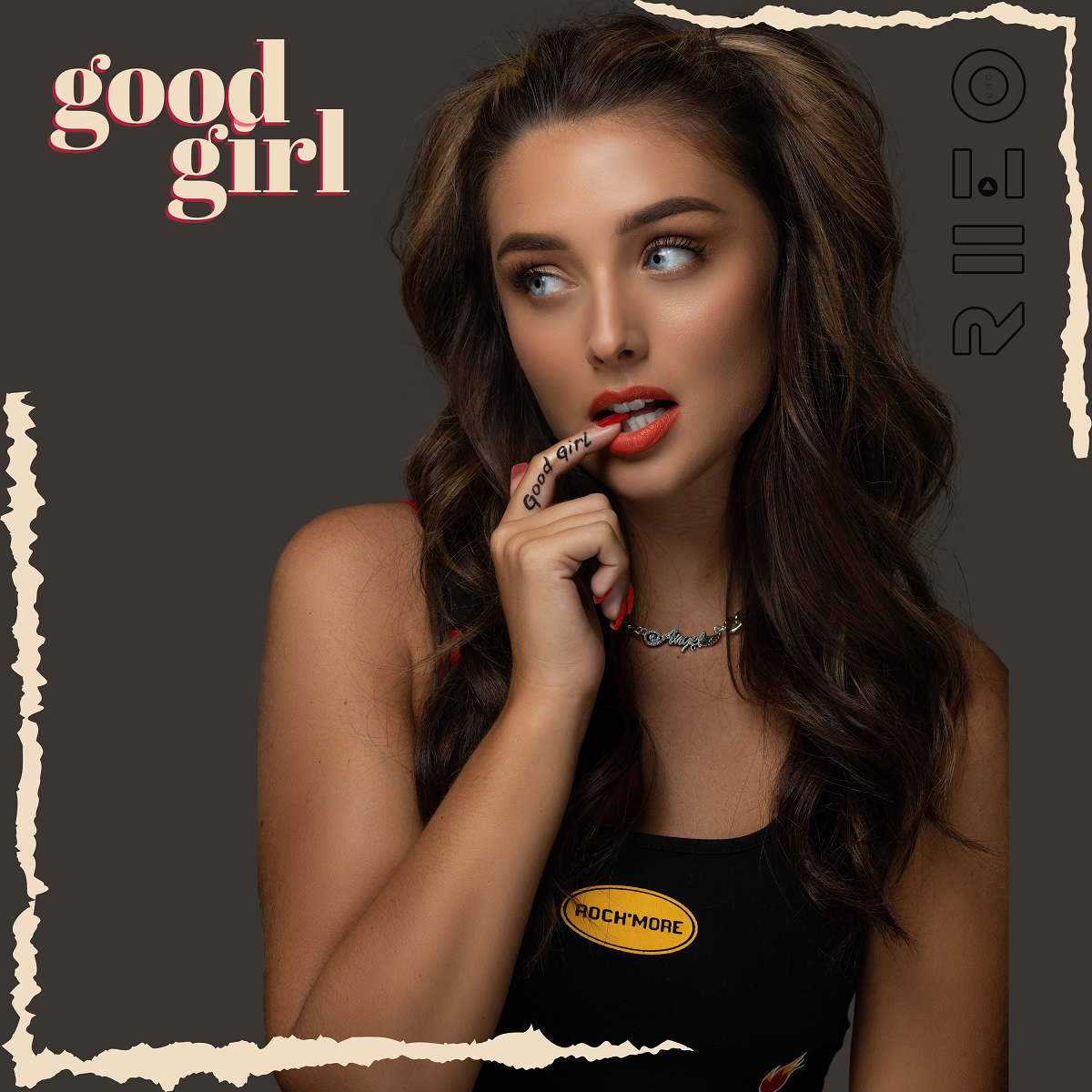 It seems only yesterday that I reviewed Rheo Uno's single "Señorita" for you (it was about a month ago in fact) and here we are again for her latest one "Good Girl" (due to be released this Friday, 29th of October, though it's already up on Apple music for you to check out). It's very encouraging to number her among the pleasingly large number of local artists covered by this magazine who seem on prolific (and high quality) form despite the practical and psychological constraints of the past months. I'm most impressed how so many have overcome them and produced work at least at the level of their pre-pandemic material & in most cases (including with Rheo) soaring to new heights. She is even one who (like Bethany Dyson/Ivy Ash) took the courageous step of a rebrand during the lockdown.

We've of course had many pandemic written tracks to enjoy of late: some very specific to the experiences, others defying them. Now we have one of those actually written (with Charlie Drew) since things became a bit easier for collaboration.

Rheo herself feels that this song offers a "…glimpse of my cheekier side…". For those of you who have looked at her visuals and maybe checked out her parallel career as a model, you'll see that she offers a very powerful image, replete with sexuality and a high class of sultry projection. This of course goes hand in hand with her music and the two complement each other very effectively. Most of her songs do reflect the image & lifestyle she portrays in pictures (and it does appear a very glamorous one at all times), so I'm not entirely surprised  at her wanting to be a bit "cheeky" nor explore a theme of "how Bad can a Good Girl get?" which was the lyrical starting point for the song. However, Rheo's tongue is definitely somewhere in the vicinity of her cheek while being cheeky (difficult I'm sure while singing) and while she plays the role of coquette with ease, there is too much good humour to believe that she herself is capable of much true wickedness. Flirting maybe, but as for hurting people I think not.

This humour & light heartedness is something I've touched upon in previous reviews and it's one of the keys to Rheo's appeal I believe: it reinforces the sense of truth in her voice & assures us that the song reflects her true character. There is an awful lot of material out there, especially in the most commercial end of the music scene which simply doesn't ring true enough for me as the singer is allegedly expressing emotions which seem too extreme to be true. If and when Rheo Uno's work becomes familiar to such wide audiences, I think it will come as fresh breath of air which listeners can more readily identify with. The fact that she doesn't showboat her vocals (as far too many do) reinforces this impression. Rheo externally comes across as a very glamorous personality as I've said, but her music tends to balance this by suggesting that this does not make her exclusive & remote, but there is a real person you can identify with there too. At which point I must also credit Rheo & her producer (who is co-writer Charlie Drew) for having the taste & discernment not to process her voice to sound like everyone else (sorry: that's an exaggeration: as you know, no-one we cover in this magazine falls into that hideous category, but the charts are sadly dominated by those who do).

This is in fact the first of ten tracks Rheo has made with Charlie (he has also been responsible for the vocal production on her last few releases) and she reports herself to be very happy with this "..real creative connection.."

"Good Girl" is above all a fun track, bringing some sunshine into these darker days. "Señorita"  of course evoked warmer climes last time, but if that song was as I described "…Rheo Uno, with an insouciant elegance, one who can glide through a song as well as she can bounce through…", then "Good Girl" swings back to the bouncier side of her character: sassy and bold. What I also loved about the track was the use of so many unusual sounds: starting with what sounds like (presumably synthesised) finger clicks very high in the mix (never heard that before) and various, often retro synth & drum sounds, which tend to add to the sense of fun pervading.

This is now the fourth release as ‘Rheo Uno' and you can't fault any of them for quality and managing to sound different each time: one can only hope that sooner rather than later, the wider world sits up & takes notice.

It's not exactly unknown for me to come across a track or artist unexpectedly whom I later review: it must however be more rare for an artist to ...
[1 image] END_OF_DOCUMENT_TOKEN_TO_BE_REPLACED

I have two excellent pieces of news from Rheo Uno for you.
[1 image] END_OF_DOCUMENT_TOKEN_TO_BE_REPLACED

Like most people, I'm never averse to pleasant surprises & this track dropped so out of the blue that fifteen minutes before starting to write ...
[1 image] END_OF_DOCUMENT_TOKEN_TO_BE_REPLACED

I get extremely intrigued by what artists occasionally say about their own work.
[1 image] END_OF_DOCUMENT_TOKEN_TO_BE_REPLACED

Considerably less than a month ago, I was strongly suggesting to you that you should check out the new Rheo Uno single "Wife Me?" yet already the ...
[1 image] END_OF_DOCUMENT_TOKEN_TO_BE_REPLACED

Unfortunately, it has been over a year since I last wrote about a Rheo release in the magazine and a similar timespan since her "Down For You" ...
[1 image] END_OF_DOCUMENT_TOKEN_TO_BE_REPLACED