‘No Hope Without Love' EP by The Rising 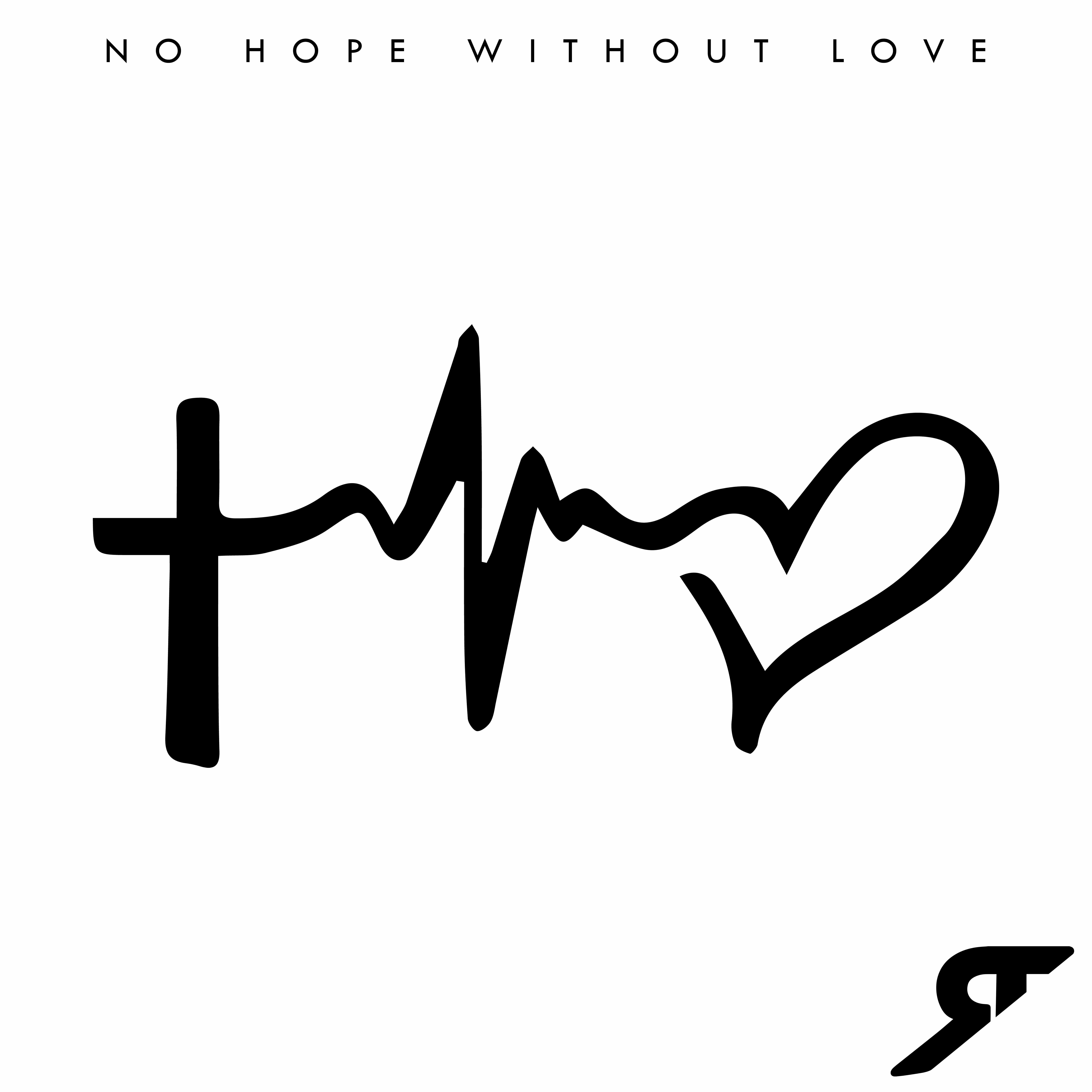 If you have been reading my more recent reviews of The Rising, then it will not be news to you that they've been steadily releasing each of the five constituent tracks of their ‘No Hope Without Love' EP as singles in their own right. Consequently, on this, the day of the actual release of said EP, you've already heard my thoughts on each of the songs: starting with the original version of "You Had It All" back in April, then "Bruise You Left" in June,  July's "Break The Chains", "Highway to the Lost & Found" (in August) and finally "You Had It All (Reimagined)" at the end of September.

Well I suppose I could copy & paste those reviews to reflect the whole as well as the parts, but I'd like to think that what I said had already left something of an impression and it would make for an overlong piece too. Please do feel free to reread the articles to refresh your memory though.

It's an interesting idea to release music in this way & I hope it helps The Rising's talents get appreciated as they deserve. I certainly grasp that economically it works better than most other options & I think it is a great way of ensuring that each song gets maximum exposure & airplay and is appreciated in its own right. I am sure no artist ever intentionally writes "filler", but it is certain that on most conventional albums, some tracks will neither get airplay nor the full attention of every listener.

The songs were of course created by Chris Logan & Chantelle McAteer at their Renegade Maverick studio with Pete Maher mastering. Chris Brush despatched drum parts from Nashville while Stephen A Quinn co-wrote "You Had It All" and duets with Chantelle on the first version of it.

I considered each track to be very strong in its own right, and taken as a single artefact, you get a much more obvious sense of the variety between the songs: even the two version of one of them are very different. It's great to witness their exploration of different styles throughout the journey of putting the collection together, and as my individual reviews emphasised, they are moving significantly away from the country/pop stylings that they & others (myself included) were using in press releases and reviews to try to capture their sound. It's now only a part of who they are in October 2021. It's equally exciting to be able to witness their journey in this respect. One might also note that the whole EP develops the movement into deeper lyrical themes as originated in the "Shadows on the Wall" single.

The title of the EP actually derives from the lyrics of "Break The Chains" and is "..about looking at today's society and all the wrongs we do to each other and how we have to change it before there is nothing left..". Ultimately the inspiration was from Saint Augustine and there are few pop songs which one can say that about…

All the best to Chantelle & Chris. While their ‘Moving On' album was an excellent calling card for where they were say a mere two years ago, they are far from in that place now.  ‘No Hope Without Love' is a fine expression of the late 2021 Rising and is a handy starting point for anyone new to their music who wants to get the freshest sense of what to expect at any of the gigs I hope start coming their way again.

When last week I told you of The Rising's collaboration with Tiernán Heffron called "Come Closer", I offered the observation that "this is a ...
[1 image] END_OF_DOCUMENT_TOKEN_TO_BE_REPLACED

I have to confess that when I heard that the new single by The Rising (out today) was to be their version of "Have Yourself a Merry Little ...
[1 image] END_OF_DOCUMENT_TOKEN_TO_BE_REPLACED

For those of you following the incremental release of The Rising's ‘No Hope Without Love' EP (and I hope that's you all), you may ...
[1 image] END_OF_DOCUMENT_TOKEN_TO_BE_REPLACED

True to their mission, The Rising are back with a new single "Highway to the Lost & Found"  (due out on 3rd September) just over a month after the ...
[1 image] END_OF_DOCUMENT_TOKEN_TO_BE_REPLACED

I hope you have been following the progression of singles released by The Rising from their upcoming ‘No Hope Without Love' EP?  Following ...
[1 image] END_OF_DOCUMENT_TOKEN_TO_BE_REPLACED

The 4th of June marks the release date of the second single from the upcoming 'No Hope Without Love' EP by The Rising, namely "Bruise You ...
[1 image] END_OF_DOCUMENT_TOKEN_TO_BE_REPLACED