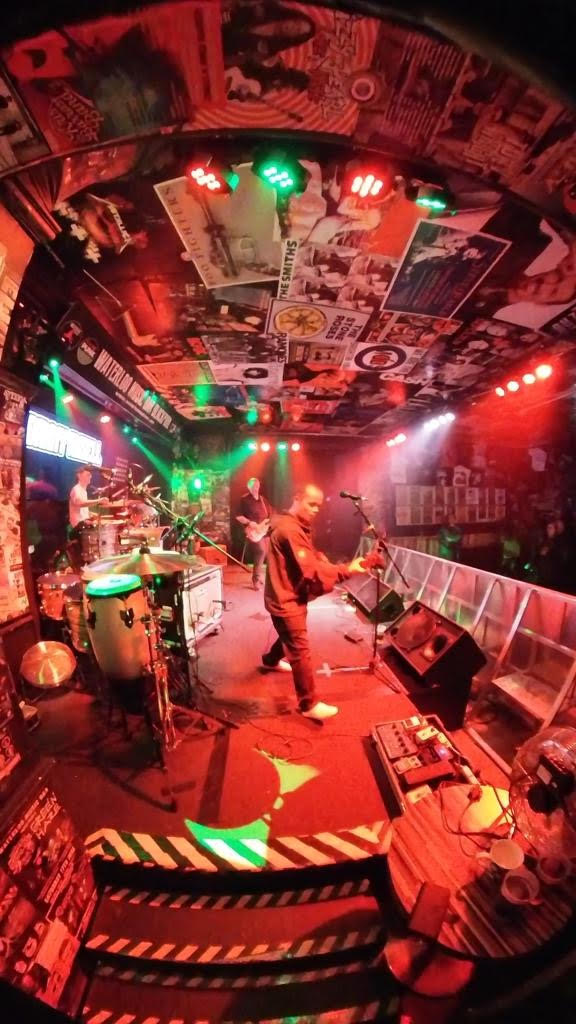 It's a great & somewhat rare privilege to give you as much notice as I am here with Danny Ansell's next release "Wishing Well" as it won't be out until December. Normally it seems a bit cruel to whet your appetite for something you can't hear yourselves, but in this case as it has already had both national & international airplay (the USA), I'm sure you'll be able to hear it long before you get the chance to own your own copy. Since Danny and his band are back to playing prolifically live (fifteen gigs in thirteen weeks with many more already in the diary), it's a fair bet that if you can catch them, you'll hear it in concert too.

Danny also tells me that they are squeezing some more recording in next month amidst the gigs  and eventually he has in mind an EP release to feature not only "Wishing Well" but his extremely well received earlier singles from 2021: "Slice of Cake" (reviewed in the magazine in April)  and "Bring Back the Feeling" (likewise in August).

So what is "Wishing Well" like? Well, to be honest you can tell why US radio likes it (and hats off to KUHS in Denver for picking it in the first place). If you listen to Danny's work, he offers much variety, but a great deal of his appeal lies rooted in his being true to where he comes from: several songs are very specifically about his home town, many others contain details for his life and experiences and he very clearly is proud of who he is and is not trying to be someone else. That "mid Atlantic" tendency to sing in an American accents that is so infectious, is not his way. Nevertheless, many of his songs are just as open in paying homage to his musical interests and "Wishing Well" is perhaps the most Americana in terms of his more recent work: though that said, I hear quite substantial touches of late 1960s psychedelic and blues rock in there too (and maybe some hints of Lennon?) alongside the indie sounds that mostly get attached to reviews of Danny's music. It's a nice melting pot of several sources that blend together into something fresh yet true to his own music. I'm not surprised therefore that it has such broad appeal: it's not (I would have thought) aimed at a US audience as such, but it's very compatible with what goes down well across the pond.

The other thing worth noting is that Danny is definitely returned to the harder end of his personal rock spectrum here. His two previous singles were much more introspective and personal (for extremely good reasons) as indeed was his most recent album, ‘As It Goes'. This was great, and I stood behind no-one in the queue to praise all those records. Nevertheless, variety is the spice of life and if Danny proceeded to release too many songs on a similar emotional note, then that aspect of his overall work might be diminished.

Thankfully that's not the case and from the evidence of the three songs for the planned EP that I've heard, it will present a range of his work and I think be the more powerful for that. "Wishing Well" is as passionate as "Slice of Cake" in its own way: he really lets rip on the vocals here and the band seem liberated in responding to them. Interestingly, the song was actually recorded (by band member Patrick Beard) before the current glut of gigs: if they sound this dynamic before getting their live mojo back, goodness knows how their live performances now sound.

As I say, Danny has a lot of gigs lined up, (best check his online page for the finer details) but one of the biggest of them will be on Friday 17th December at the Empire with the Primitives and the Session.

The first Danny Ansell release of 2022 has been revealed as "Jericho", which follows December's "Wishing Well".
[2 images] END_OF_DOCUMENT_TOKEN_TO_BE_REPLACED

The most recent occasion on which we reported on Danny Ansell and his music was back in April, with the release of his "Slice of Cake" single.
[1 image] END_OF_DOCUMENT_TOKEN_TO_BE_REPLACED

Despite his skill at honing crowd pleasing anthems, the reality of Danny Ansell's songwriting is the subject matter he covers is actually very ...
[1 image] END_OF_DOCUMENT_TOKEN_TO_BE_REPLACED

One of my personal sadnesses (among several) for our local music scene was  that Danny Ansell's long awaited ‘As It Goes'  album came ...
[3 images] END_OF_DOCUMENT_TOKEN_TO_BE_REPLACED

I've said it before, but I'll say it again, I especially enjoy (and enjoy writing about) music where it touches base with other art media.
[1 image] END_OF_DOCUMENT_TOKEN_TO_BE_REPLACED

‘Satellites'   is the most recent single by Danny Ansell & Co (Danny Ansell on vocals and guitars, Roger Greasby on drums and Patrick Beard ...
[1 image] END_OF_DOCUMENT_TOKEN_TO_BE_REPLACED