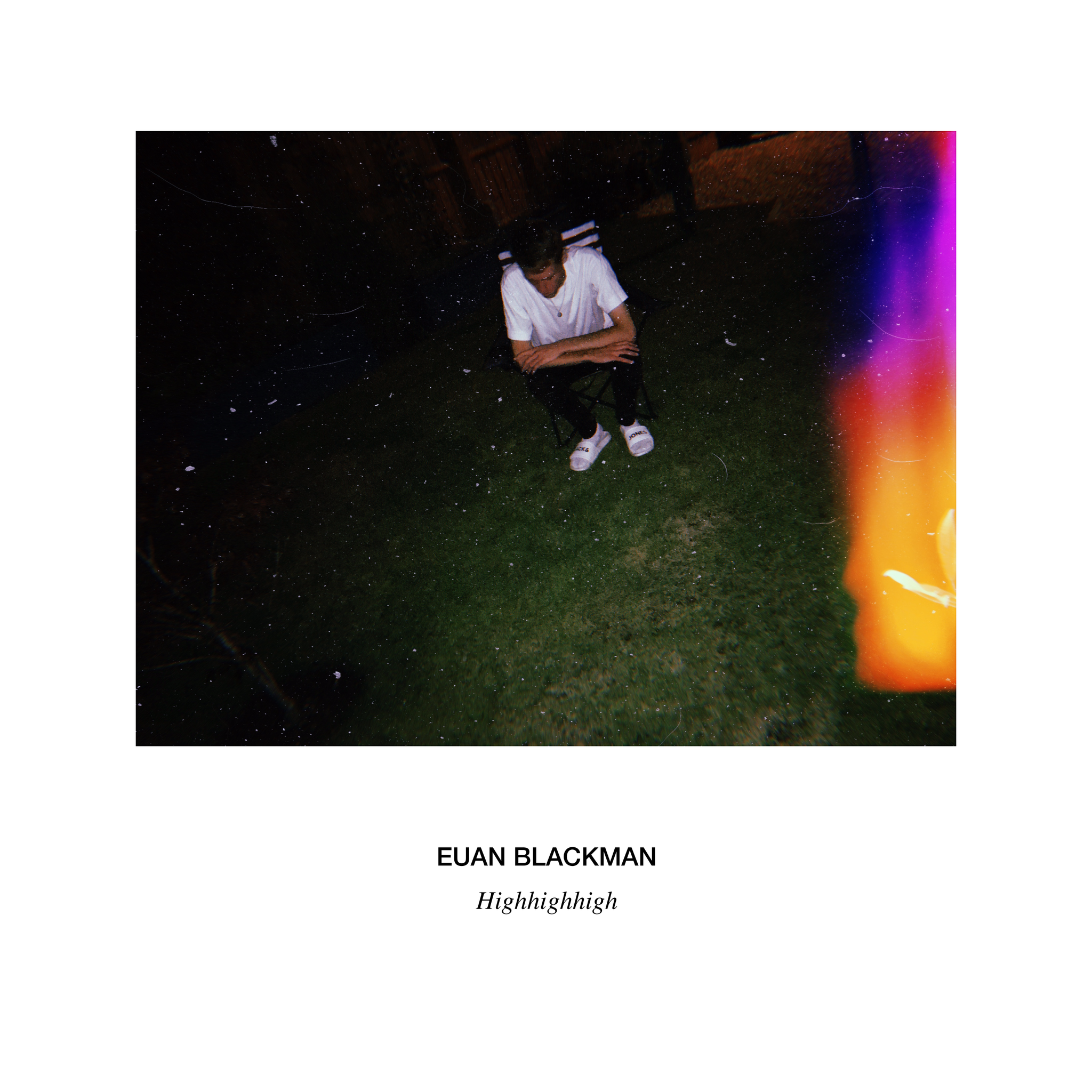 Just over a month since we told you about his "Sinking" single, Euan Blackman will be releasing his third one "HIGHHIGHHIGH" tomorrow (Friday). I'm not sure whether it will eventually join its predecessor on an eventual EP, but at the moment I'm not sure that is too important: let's enjoy it on its own considerable merits.

As with the recent "Señorita" single from Rheo Uno, here we have a track whose creator rates it as a personal favourite, and as with that case, I think we should take note and ponder why that might be so.

In tone, the song falls somewhere between "Sinking" and its own predecessor "24 Hours 7 Days" with an ambiguous mixture of the jauntiness of the former and the more intense introspection of the latter, it took me a few plays to try to gather what mood Euan was in. I think on reflection that he seems happy, but in a very laid back and underplayed way. He seems to take solace and pleasure from the small experiences of life and I suspect as much, if not more, by "being" rather than "doing".

This sophisticated & subtle touch is greatly to his credit and well worth pursuing. If people don't quite get what you are aiming at first time, then hopefully they'll not only listen again, but feel that much more rewarded once they've delved deeper into the song and pleased with themselves for engaging with it and deriving meaning from it.

Wholly Euan's own work (though once again Charlie Braddick mixed and mastered it), the guitar part sounds like it originated in a non-standard tuning (like "Sinking") and this conveys a melody which apparently he has had for  over twelve months and which it seems he took his time to set precisely the right lyrics to.

There is a fascinating video which I imagine contains images of things with Euan himself finds uplifting and which has a lo-fi approach which echoes nicely the self deprecation and wistfulness of the song. You can check this out at: https://www.youtube.com/watch?v=EX1ZMoPwNhk

Once again, it's these qualities which bring me back to what I said last time, when I detected "..a very "English" light touch on both the intensity of the lyrics and the pastorality of the music…." and I think Euan reinforces this here. The subject matter and the way he expresses himself tend to the quintessentially "English" in style. I wonder if he listened much to fellow Warwickshire artist Nick Drake as he grew up? He certainly shares some of his aesthetic as well as an approach to playing guitar.

Maybe the convergence of all these elements serve to explain his own happiness with what he's created. He certainly can feel pleased with the melodicism and how his playing delivers it. However add in lyrics he clearly spent much time and care working on (which must produce a sense of personal achievement) and that overall sense of having nailed a mood and sense of place and being, then you can understand why he might feel that this might be his track which most approaches his own vision of what he trying to achieve.

Out now from Euan Blackman is his fifth single, "LED Lights": a track from this ‘alt folk for kind folk' artist which is definitely from the ...
[1 image] END_OF_DOCUMENT_TOKEN_TO_BE_REPLACED

I hoped that you enjoyed the most recent Euan Blackman single "HIGHHIGHHIGH" which we reviewed here (it's also to be found on ‘Hot Music Live ...
[1 image] END_OF_DOCUMENT_TOKEN_TO_BE_REPLACED

On 2nd September, Euan Blackman will be releasing "Sinking", his follow up to the widely praised and popular "24 Hours 7 Days" and I gather it will ...
[1 image] END_OF_DOCUMENT_TOKEN_TO_BE_REPLACED

Fresh in from Alcester based artist Euan Blackman is his brand new release "24 Hours 7 Days": just when I imagined that the products of lockdown ...
[1 image] END_OF_DOCUMENT_TOKEN_TO_BE_REPLACED