Beans on Toast ‘SURVIVAL OF THE FRIENDLIEST' 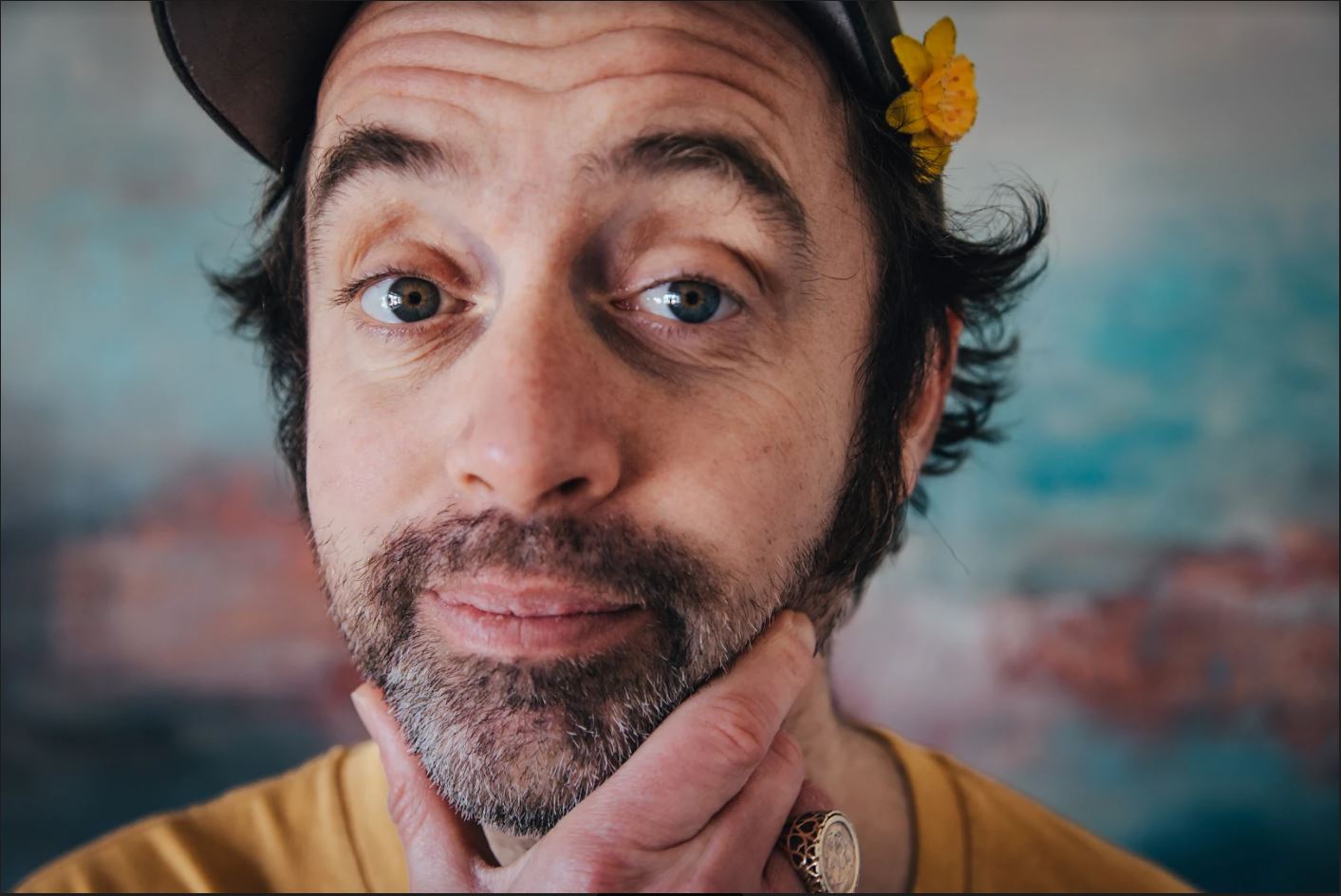 Beans on Toast ANNOUNCES NEW ALBUM: ‘SURVIVAL OF THE FRIENDLIEST' - OUT 1 DECEMBER 2021, VIA BOT MUSIC

Beans on Toast returns this Winter with a new studio album: ‘Survival of the Friendliest'.

Released on 1st December 2021 via his own BOT Music imprint, it's a record all about hope, positivity and camaraderie that chooses to celebrate the very best of human nature.

Its first single is "A Beautiful Place"; a pastoral folk/rock song that finds an artist blown away by the beauty to be seen in humanity, history and our place in the galaxy.

As Beans says: ""A Beautiful Place" is hopeful, optimistic and downright happy. A celebration of humanity at large, the beauty of the world and the randomness of our existence." he says. "It's fresh, fun and will put a smile across your face."

With a smouldering, gently epic sound, "A Beautiful Place" was brought to life by Blaine Harrison of the Mystery Jets, who produced and plays on: ‘Survival of the Friendliest'.

The song is accompanied by a bespoke lyric video shot on ‘The Street' in Whitstable, Kent (where Beans has come to settle in recent times), which captures a rare natural phenomenon of a pathway leading out into the sea at low tide. Directed by Beans and filmed by old school friend Curtis Walsh; with the spirit of collaboration among friends also happens to be something of a recurrent theme throughout his upcoming album.

Written early-on in 2021, ‘Survival of the Friendliest' is a direct reaction to the dreariness of those hard Winter months. Sidelining the endless negativity of social media, Beans turned back to nature and began to focus squarely on the brighter-sides and silver-linings of life, from a time when they seemed few and far between. The result is a record that finds the long-established protest singer changing his tune to one of eternal hope and optimism, peace and possibilities.

"I wrote [‘Survival of the Friendliest''] when the bad news was everywhere." remembers Beans. "I switched off social media, looked to nature and zoomed out to write songs about a bigger, longer and stranger story. There are no songs about Brexit, about coronavirus, about climate catastrophe. I'd sung those songs already. I'm not naive to the challenges we face as a species and I'm not ignoring that. But in order to tackle our current predicament, I feel we need to be in a good place mentally and spiritually. This is an album about finding that peace in preparation for the road ahead."

Taking its title from ‘Humankind' by modern thinker Rutger Bregman, the book's positive philosophies played a pivotal influence in shaping the course of the record.

"[Bregman] explains why humans are fundamentally good and generally nice, we just get confused and focus on the negatives easily." says Beans. "The title of the album points to the overarching theme, but as you can imagine things deviate a little, it's a Beans on Toast record after all."

With these philosophical notions taking pride of place on the album's widescreen opener "A Beautiful Place", Beans' new record finds optimism in more nuanced places too. Take album centre-piece "The Commons", for example, a traditional folk song that opens a constructive debate on how land ownership reforms could offer some hope and light for the common people of England. Inspired by the Nick Hayes book ‘The Book of Trespass', it led to the blossoming of an unlikely new friendship.

"That book taught me more about England than 40 years of being English" says Beans. "After writing the song I sent it to Nick, went out to visit him and we've become friends. He came by the studio to lay down some banjo and sing on the song."

Elsewhere, ‘Survival of the Friendliest' finds Beans in praise of the natural world and its rejuvenating qualities. From stones on the beach ("Stones") to the geological processes that create them ("Blow Volcano Blow"), seeds of change ("Apples" featuring a poignant spoken word section from Dizraeli) to the spectacles that can bloom from them ("Tree of The Year"); Beans' appreciation for mother nature has never been more vocal.

And there is of course a love song, the head-over-heels charmer: "Let's Get Married Again". Apparently inspired by a flurry of wedding bookings the songwriter took-on in the absence of festivals this Summer, it finds Beans imagining what it would be like to marry his wife Lizzy for the second time. "It's something we're now going to do" he grins.

His first album since his relocation to Kent, ‘Survival of The Friendliest' was recorded around the Summer solstice in the midst of a heatwave, a thunderstorm, a bird song, a glorious sunset and a midnight swim. Written with old friends Blaine Harrison and Jack Flanagan of the Mystery Jets, it's an album that radiates with a genteel style and mellow warmth, reflective of the environment it was created in. With all the tracks laid-down in just under a week, the album was finalised at Big Jelly Studios in Ramsgate, where a cast of revolving musicians including the multi-talented gospel singer Sarah Telman (backing vocals, strings), Rosie Bristow of Holy Moly & The Crackers (accordion), Adriano Rossetti-Bonell (saxophone) and Graham Godfrey (drums) made the magic happen. Speaking about the creative process Beans says: "The record was produced by Blaine, quite possibly the coolest motherf**ker I know. Making this album was an absolute joy, I guess my hope is that if the listener gets a glimpse of that joy then we would have succeeded."

With every fibre made with a little help from his friends, the cover art for the album is by London based painter Georgie Mason, a pal who Beans met at Glastonbury a few years back; whereas its stunning visual accompaniments (to be revealed in due course) were made by old school friend and wildlife photographer: Curt Walsh.

An album about friendship, about creativity and humanity and about why those three things are important, ‘Survival of the Friendliest' is exactly what the world needs now.

In support of the new album, Beans on Toast will be touring some of the UK's finest independent venues with his brand new live band, which will feature many of the artists who contributed to the record. Split into two runs, tickets go on sale Friday 24th September and support comes from Camden's finest KITTY LIV.

BEANS ON TOAST - RELEASES HIS NEW ALBUM: ‘SURVIVAL OF THE FRIENDLIEST'

Beans on Toast down the pub, at The Phoenix