"You Had It All (Reimagined)" by The Rising 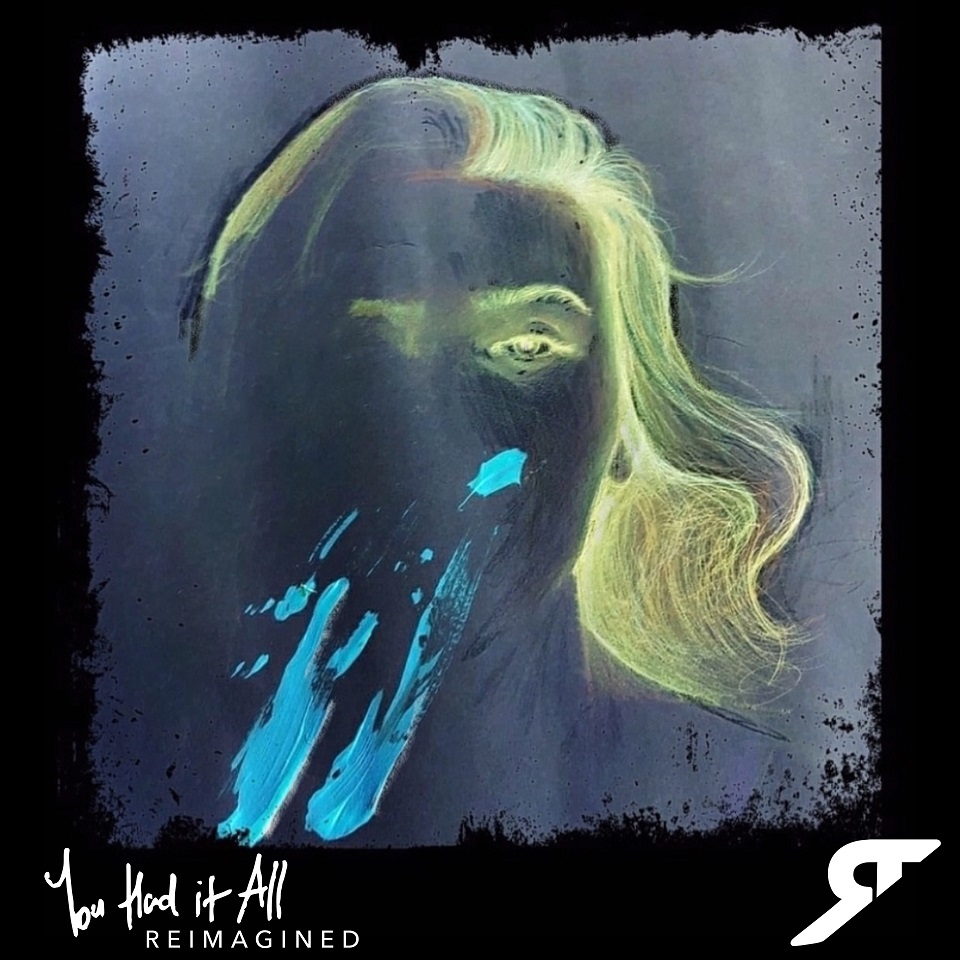 For those of you following the incremental release of The Rising's ‘No Hope Without Love' EP (and I hope that's you all), you may have counted that we are up to the fifth (of five) singles from it as Chris & Chantelle have been drawing the whole to our attention carefully & subtly so we can savour each component to its full before experiencing the complete artefact.

This final discrete component is called "You Had It All (Reimagined)" and comes out on 8th October. Does the title ring a bell? Are you intrigued by the bit in brackets?  In fact I reviewed their "You Had It All" single back in April and this latest release is in fact another look at the same basic song, albeit through another musical filter.

It might be worth having a look back at that previous review since I do cover some of the fundamentals there. However, the new formulation has qualities entirely of its own which are worthy of our attention. Whereas with its first incarnation I noted the rather Fleetwood Mac style approach to the arrangement and performance, this time around the arrangement is radically different: much more intimate and acoustic in nature based around a piano played by guest John McCullough with a ‘cello contribution from Danny Boyle. Chris naturally is there in the mix on guitar, but it's a completely different contribution from him this time, much more restrained & offering extra textures of more ambient sounds to help the shadings of the other elements.

I suppose a big question is whether the performance Chantelle gives vocally on this version is superior or not to her first one, given the fact that it's inherently very different: this time much quieter and held on a leash compared with her trademark style. I honestly don't think that's a valid question really & certainly I'm neither prepared to nor interested in passing judgement. The whole points I think here are firstly that the band quite clearly feel that they have written a song (alongside Stephen A. Quinn) which is capable of different interpretations & that she has both the skills & taste to vary her approach to reflect that. Yes, one of the major calling cards of The Rising is Chantelle's immense power in singing & delivering high octane performances, but it's also worth commenting on her range of abilities and in the long run, the chance to deliver a diverse range of sounds is going to be much more useful to the band and their career.

I've certainly commented on her ability to vary how she sings in previous reviews and this to a large degree is encapsulated in the whole EP: as you will have seen from the songs to date, the collection is intended to demonstrate a range of abilities and interests and deliver a varied listening experience rather than several homogenous tracks. For example, this song could barely sound more different to its immediate predecessor "Highway To The Lost & Found", though one other theme of the EP is their interest in getting more and more into challenging lyrical territory. One issue I suppose that this approach will generate is the one we find ourselves contemplating today: subtle & mature lyrics may well create situations where they can be approached from different musical angles. Certainly the words of "You Had It All (Reimagined)" lend themselves really well to both arrangements which the band have shared.

Created at their own Renegade Maverick Studios, "You Had It All (Reimagined)" was mastered by Pete Maher (U2, Rolling Stones, The Killers, Snow Patrol etc).  It can be pre-ordered via this link: https://slinky.to/YouHadItAllReimagined and there is a teaser trailer here: https://youtu.be/QMgWIgNoYAo

When last week I told you of The Rising's collaboration with Tiernán Heffron called "Come Closer", I offered the observation that "this is a ...
[1 image] END_OF_DOCUMENT_TOKEN_TO_BE_REPLACED

I have to confess that when I heard that the new single by The Rising (out today) was to be their version of "Have Yourself a Merry Little ...
[1 image] END_OF_DOCUMENT_TOKEN_TO_BE_REPLACED

If you have been reading my more recent reviews of The Rising, then it will not be news to you that they've been steadily releasing each of the ...
[1 image] END_OF_DOCUMENT_TOKEN_TO_BE_REPLACED

True to their mission, The Rising are back with a new single "Highway to the Lost & Found"  (due out on 3rd September) just over a month after the ...
[1 image] END_OF_DOCUMENT_TOKEN_TO_BE_REPLACED

I hope you have been following the progression of singles released by The Rising from their upcoming ‘No Hope Without Love' EP?  Following ...
[1 image] END_OF_DOCUMENT_TOKEN_TO_BE_REPLACED

The 4th of June marks the release date of the second single from the upcoming 'No Hope Without Love' EP by The Rising, namely "Bruise You ...
[1 image] END_OF_DOCUMENT_TOKEN_TO_BE_REPLACED