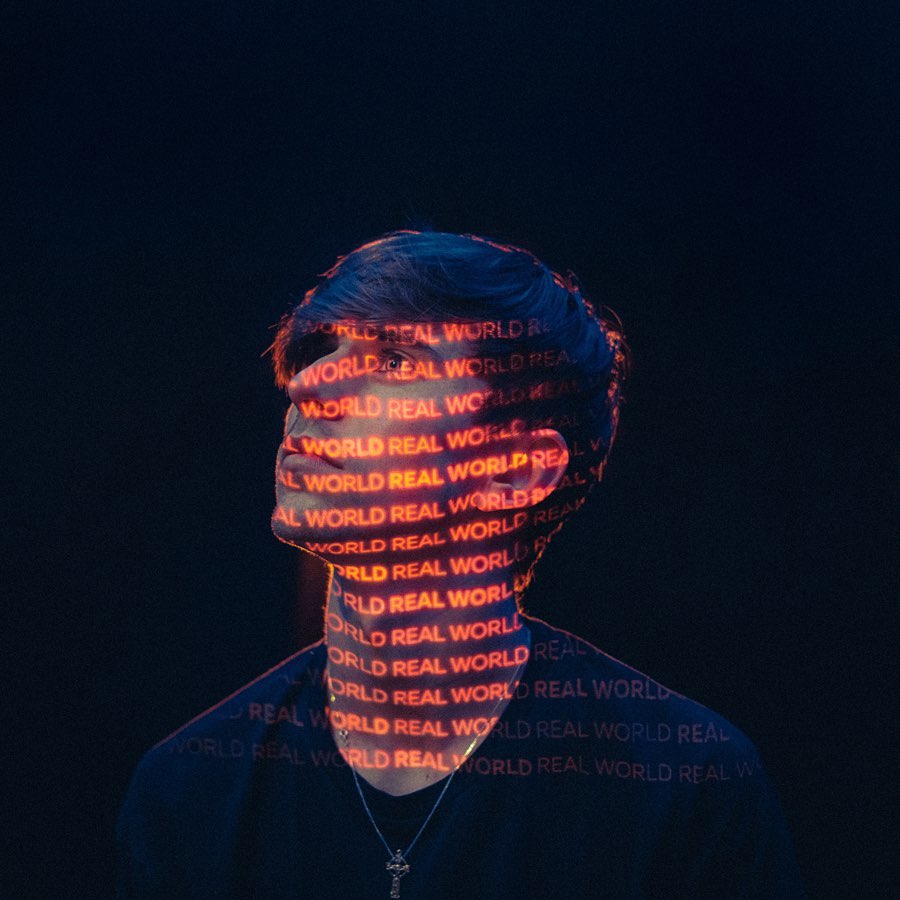 It's been above a year since I last got to review a Joe Dolman release (his collaboration with Millie Tilby "Let's Go Home") so it's good to be able to tell you about today's new single called "Real World" .

Delighted as I am to tell you this, in case you hadn't picked up on it from any other source, beyond the facts, I must admit I get a little concerned with the judgemental side of reviewing artists of Joe's calibre.Of course I am so pleased when the quality of music created by Coventry and Warwickshire artists becomes appreciated more widely and I rejoice when their careers take off at national level and beyond. Living as we are lucky to do at the moment with such a breadth & depth of original talent, we have quite a few others whom I think could easily follow in Joe's footsteps.Nevertheless, by that time in his & their careers, it becomes increasingly difficult to talk about some aspects of releases which are bread & butter to those of us writing about music. The issue of "quality" becomes pretty meaningless as they reach levels where all the work is clearly of such a high standard that it can be taken as read. Equally it's no longer possible to discuss potential or those earlier aspects of development which it is so exciting to chart, especially when we cover careers from really early days. You are kind of really just left with description of the song(s) in question & such context as you can glean. So I'll do my best.

So, it's a Joe Dolman single, so it's immaculately written, performed & produced: not that you needed telling of that. One of his piano led ballads, it is hard not to jump to the conclusion that it's melancholic & fragile tone is not in some way reflective of the past months (I know I tend to read COVID19 references & resonances into far too many songs) and an even bigger leap (as the lyrics really don't support such an interpretation directly) to wonder if Joe is contrasting the "Real World" with the fantastical experiences of recent lives: he certainly is aiming his words at someone he feels is living outside such a place.

Co-written by Joe & Angus Parkin, the single was produced by Joe with Jack Arnold and mixed by Matt Cotterill. I have said often enough in the past that despite his reputation for love song writing, you do have to feel sorry for Joe or at least the characters in whose mouths he places the words he writes. Frequently they beat themselves up over their own perceived failings and in this case, although this does not seemingly apply, we don't get the impression of a happy person: which always strikes me as odd as his live performances of the songs tend to be quite joyous affairs. Maybe that paradox & tension goes so way to explain his success. It's certainly an intriguing dynamic.

As noted, the words are appropriately supported by a plangent piano which serves to emphasise the overall fragility (and I've never heard as much of that quality in Joe's voice than I can on "Real World").

In the pursuit of fame & fortune, I think there are a few potential traps: admittedly ones you can understand people falling for, but ones which I think are best avoided, especially if you want to have a long career. One is to try to please all the people all the time, another maybe to be endlessly cheery and keep accentuating feelgood factors. Joe hasn't gone down this route: sure he is very popular & has a broad fanbase, but it's not through pandering to anyone's concept of what his audience might be. I think they respond to the inherent honesty in his songs, and if they are of the nature I've just described, then so be it. After all everyone understands and experiences such emotions. Thus "Real World" is not a song for all occasions: it is a very mood specific track and seeks to capture that feeling as accurately as possible without compromising. In that way it may be seen as brave, yet it also shows integrity and as I've said, that's what's brought him this far & I think it will keep him going a lot longer than if he tried to construct synthetic pieces which he didn't personally feel.

I normally end reviews by expressing hope that the record in question will reach as many people as possible & touch as many hearts: I honestly doubt that in this case it will be any sort of issue.

If you'd like to see Joe live, then his December 17th gig at All Saints church in Leamington (rescheduled from last year), still has a few tickets available I believe via http://infinitymusicgroup.bigcartel.com/

I honestly can't say that I was too surprised by the release today of an acoustic companion  EP to Joe Dolman's most recent ...
[1 image] END_OF_DOCUMENT_TOKEN_TO_BE_REPLACED

It's that moment for Joe Dolman which fortunately comes to some creative artists on a roll when you've last released a single as good as ...
[2 images] END_OF_DOCUMENT_TOKEN_TO_BE_REPLACED

Out today from Joe Dolman is his latest single which rejoices in the title of "Strangers", the follow up to the successful "Real World" which itself ...
[1 image] END_OF_DOCUMENT_TOKEN_TO_BE_REPLACED

This is rather an unusual release to be reporting on.
[1 image] END_OF_DOCUMENT_TOKEN_TO_BE_REPLACED

I have recently accused Joe Dolman of being prolific in his output and here he is again with a brand new release a month since I last reviewed him.
[1 image] END_OF_DOCUMENT_TOKEN_TO_BE_REPLACED

I think that we can all by now agree that Joe Dolman is one of the most talented & popular artists from Coventry & Warwickshire & to that add "one of ...
[1 image] END_OF_DOCUMENT_TOKEN_TO_BE_REPLACED