"The Pines" by Chessi O'Dowd 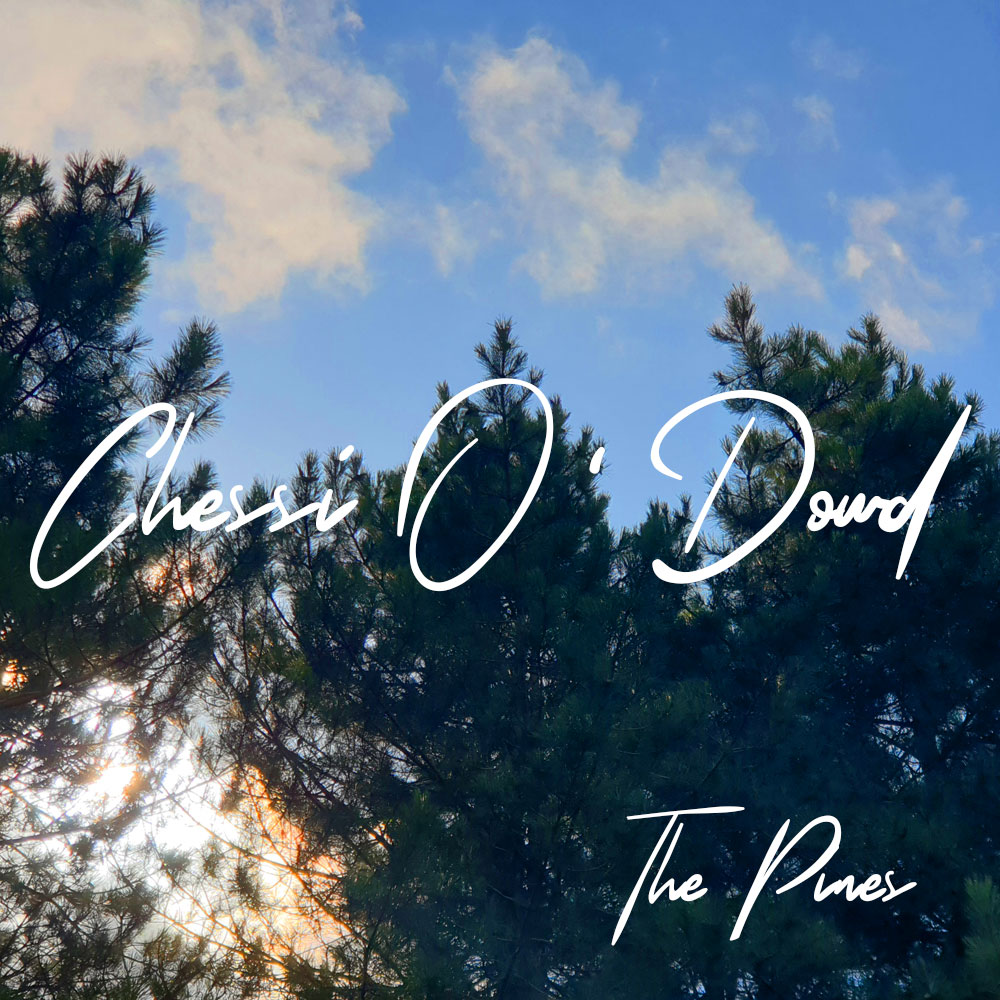 The last twenty or so months have to some extent made us all consider various aspects of time I think: such as how long has elapsed since we last did things etc. That's why in the few live reviews I've managed, I've sometimes referred back to the previous gigs I'd attended: more than a year before. In fact another date sticks in my mind and that's the first concert I had in my diary which got cancelled back in March 2020, namely the launch of Chessi O'Dowd's ‘Wine Glass Filter' EP. Now that has still to take place but if you recollect, at the time, Chessi decided to release an EP track "Snowflake" as an interim measure, a song which has gained her a great deal of attention, airplay and critical praise. It also appears on ‘Hot Music Live Presents Volume 3'.

In the months since, Chessi of course has worked with Jack Blackman on a joint cover of "Pensacola" which was received to yet more acclaim, so it can definitely be said that although like everyone else her musical activities have been curtailed & she has endured the frustrations of slowed momentum, the two singles she has put out have greatly enhanced her reputation & she stands good to go to resume where she left off.

The superb news I am delighted to share with you this morning is that Chessi has conjured an opportunity out of a disappointment & ‘Wine Glass Filter' is still on the cards for a release, only in the interim it has expanded via lockdown written songs from an EP into a fully fledged album, produced by Dan Sealey of Merrymaker & Ocean Colour Scene renown.

The first fruit of this new collection is the release today of a trailer single called "The Pines".

To be honest, "Snowflake" and "Pensacola" are pretty hard acts to follow, each in its own way. However I remember back in March last year, rather precipitately praising the former as one of the best singles of 2020: and despite the many subsequent releases after that, I stand by that assessment. I also said at that time that in the context of releases of that year, the bar was really high, yet Chessi cleared it confidently. In this case she has pulled off a similar feat, this time in relation to her own recent work.

Part of how she has done this is by not repeating what she had previously done. "The Pines" has a gentler and more pastoral feel compared with the defiance of "Snowflake". Like other local writers in a similar vein such as Naomi Beth or Chloë Boehm, in this case Chessi has gone for the "less is more" route of an arrangement, with a sparse hypnotic guitar, varied for effect in playing style, leaving us to primarily focus on her voice, which on this occasion veers towards the languid, celebrating the pleasures of a mindful existence in a rural setting. There is a delightful calmness to the piece & it may be fanciful, but I hear in it a manifesto for coping with what we all had to deal with back in 2020: finding solace & healing amongst nature.

There is a lot of Americana around our scene at the moment and for an instant, I am in danger of describing Chessi as an Americana artist. There is good reason to do so, not least "Pensacola" and the styles of some of her close collaborators. I also immediately thought of Stone Bear's "Ole Cherry Tree" single when I first heard this song (more in terms of theme than sound I must stress). However, although Chessi is undoubtedly adept at such music, her interests seem more diverse than just existing in one box: "The Pines" could well be set in the USA but equally so in the UK or many other parts of the world. The song also can exist outside our own times & not only speak for past centuries but in future speak just as eloquently to generations for whom COVID19 will hopefully just be a chapter in history books.

I (and everyone else) have waited an inordinate amount of time for ‘Wine Glass Filter' and once again I look forwards to another launch date. Clearly it's going to be even better than originally intended and judging by "The Pines" it is going to further burnish the reputation of its creator.

Two apologies to you all.
[1 image] END_OF_DOCUMENT_TOKEN_TO_BE_REPLACED