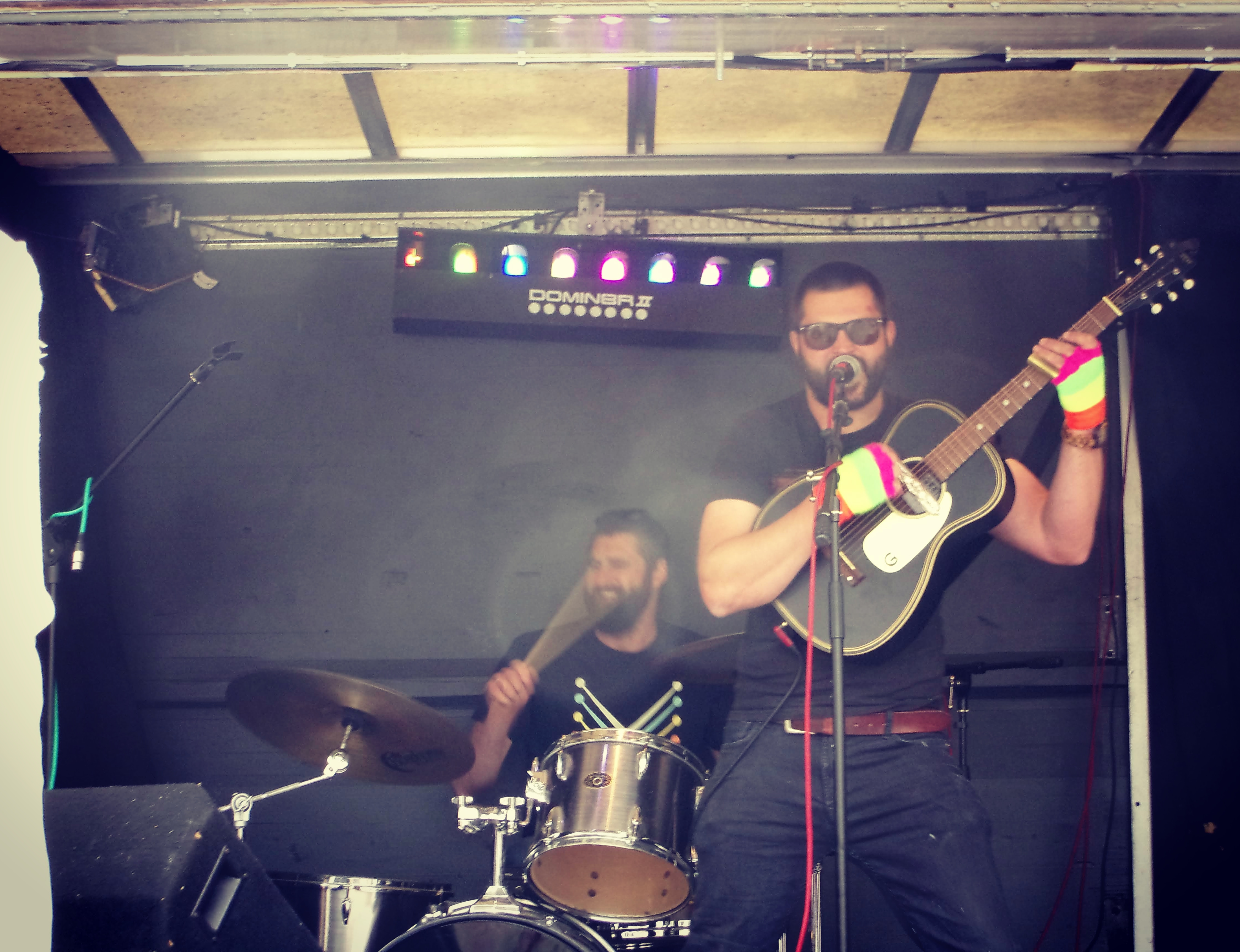 It seems almost unreal and a bit transgressive to find myself writing a live review after so many months of reviewing the recorded activities of local musicians. I hope I can remember how to do it….

Today at the Leamington Canal Festival, thankfully music was possible (thanks to 14 Records who made it so) and although  could not make it down for The Peas' set, I caught "Hot Music Live" favourites Stone Bear: my first experience of being in the same space as playing musicians since catching the Wes Finch Trio (also outside) as part of the Kenilworth Arts Festival on September 19th, 2020: some nine months ago. Ironically (and I suspect that a return to live music may generate many ironies over the coming weeks), my previous gig (and my last one indoors) was Stone Bear supporting Izzie Derry at her EP launch at the Tin on March 14th 2020. Since they've not played since, that makes it two Stone Bear gigs in a row for me, albeit fifteen months apart. How dreadful a gap.

Thankfully neither David John nor Jeff Dennis have lost their skills in the interim (though practising together can't have been too easy) and they started their set like men with a lot of pent up frustration to work off. How much that played in the further irony of a string breaking in the introduction to the first song they'd played live in a year and a quarter is for us to conjecture.

Always a powerful & dynamic duo, they did not disappoint in the initial onslaught: in fact not only did audience members dance but so did the monitors as David through himself about on the 14 Records mobile stage van. The suspension got a whole working out.

Yet this was only the start of the story. Although beginning in the manner of a blues orientated hurricane, the set evolved quite markedly. Drawing mainly on original material from both their self titled debut album and its follow up,  ‘Bring a Little Love',  plus subsequent compositions, up to and including a lockdown written one, the second half of the set in particular reflected the more acoustic sound of that second collection melded with what I considered to be a nod to the current collective mood: the new song in particular tended to the melancholic if not desperate. Even the first album's "Broken Stones" (a particular favourite of mine which I was touched that they dedicated to me), already a powerfully understated song was played with a downbeat restraint which I'd never heard them use before.

Thus you might say that Stone Bear certainly captured more than one aspect of the mood of those to whom they were playing: yes there was much enjoyment (not least on stage) and sense of some liberation, but also of deeper and more reflective themes: both of which you can find across their recorded work.

Now they are back out playing & clearly picking right back up where they left off as one of the area's most popular live acts, I sincerely trust my next Stone Bear gig will come sooner than in fifteen more months time.

A moment of pleasure, the more appreciated because it was unexpected, hit me last evening with the news that Stone Bear have released a new album, ...
[1 image] END_OF_DOCUMENT_TOKEN_TO_BE_REPLACED

It is always really great to have new talent introduced to you & it is a clear & highly  admirable feature of much of the music scene locally that ...
[4 images] END_OF_DOCUMENT_TOKEN_TO_BE_REPLACED

We are lucky to have more than our fair share of excellent blues practitioners locally: not only do they all possess an obvious love of the form as ...
[1 image] END_OF_DOCUMENT_TOKEN_TO_BE_REPLACED

Readers may well (I hope) remember   from an earlier review, my enthusiasm for the live act of Stone Bear.
[1 image] END_OF_DOCUMENT_TOKEN_TO_BE_REPLACED

Some of you may have noticed a gig on at The Squirrel in Coventry on Saturday 21st October entitled "Anthony Harty featuring Sam McNulty and ...
[1 image] END_OF_DOCUMENT_TOKEN_TO_BE_REPLACED