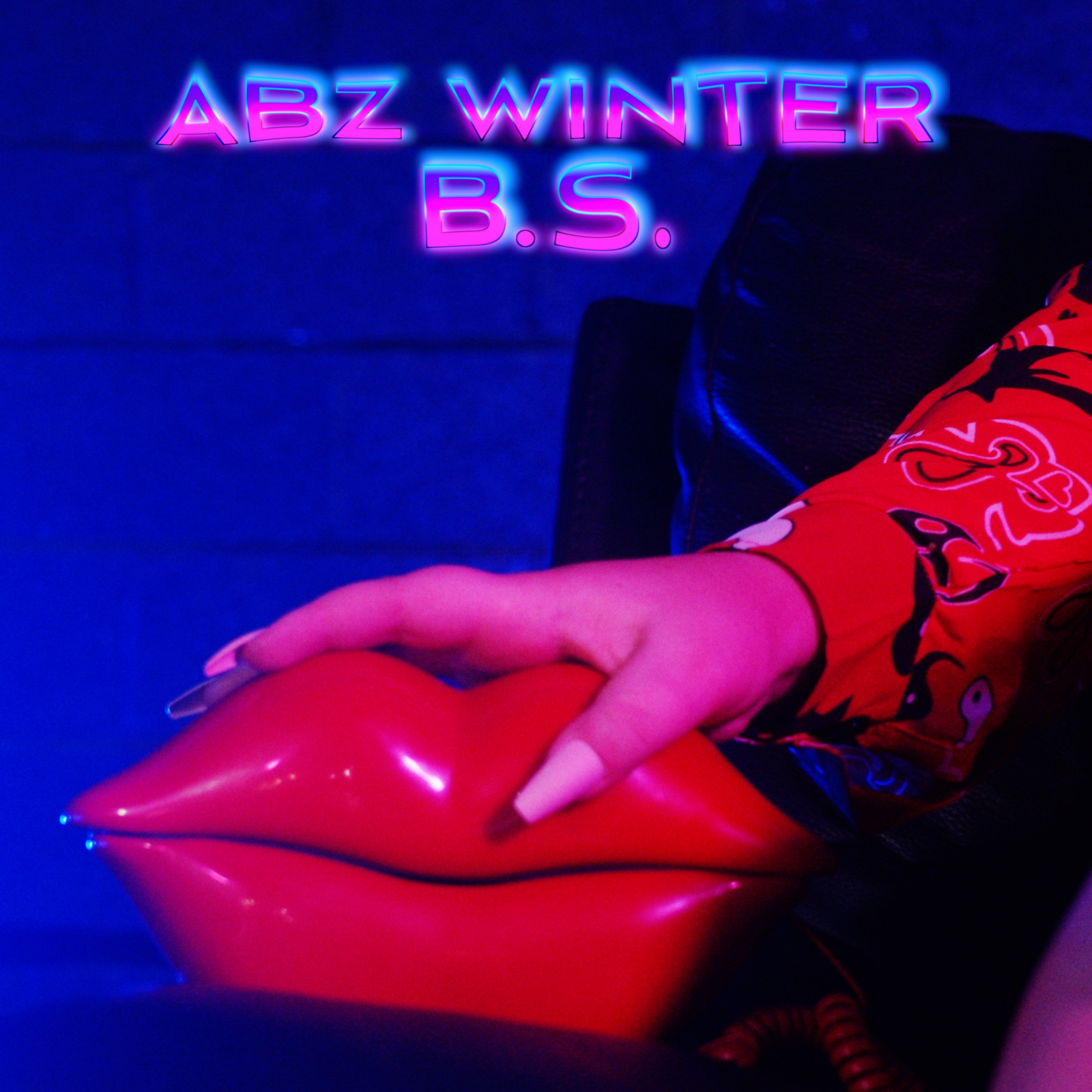 Abz Winter has only gone and done it again hasn't she? I love the way that although her game has never needed raising (it's been at the top from the word go: that's why so many people have been praising her for so long), she moves on and develops her craft with each release.

"B.S." takes the strut and confidence of her last single, the widely acclaimed "Faker" and runs with it. Out on the 4th June, with pre-ordering currently an option for you, produced by Matt Waddell at 14 Records and mixed ‘n' mastered by Elixir Productions, this song is yet another huge step towards that eagerly anticipated moment when Abz becomes a name to be conjured with not just amongst her loyal Coventry & Warwickshire fanbase but a much wider one. And why not national recognition at this stage? I'll cut to the chase: this song is the equal to anything I hear on the national playlists and charts and superior to most of it. All she needs is someone to listen to it on national media and start playing it.

That's not to say that the song is in anyway some sort of safe "let's please everyone" lump of bland homogenous chart fodder. Far from it. Abz isn't just liked, she is respected and that's an even higher level of esteem. She doesn't compromise her writing (as you might imagine from the title, the song has to have a more radio friendly version) and the single follows its predecessor in calling someone out in no uncertain terms: though as I've said before, she does so with wit & good humour and presumably would prefer the object of her derision to mend his ways.

It's an interesting balance, between the highly likeable persona Abz projects (which reflects her own personality) and the straight talking hater of fakery and bullshit but she always seems to pull it off without either sounding that she's too nice a person to actually mean what she is singing about or on the other hand too nasty to fit with her general image.

Much the same can be said for the music her words are set to: the song balances a number of performance styles and works them into one coherent whole. Moving seamlessly from rapping into singing (and her voice is another of her strongest suits) against a backing which is surprisinghly spartan (her vocals are definitely afforded the spotlight) this is clearly very carefully thought out. Once again, the temptation to over produce has been avoided and this is yet another aspect to applaud.

And it's far from me who holds such high opinions: "Faker" is appearing on multiple Spotify playlists and getting many airplays on a variety of stations: as Toni Peach of HillzFM said of her this very week: "She has got all my admiration. She is such a young but confident girl …..I was overwhelmed with how confident she was (at an Arches gig) and what a great performance that she gave … so accomplished and she really really has all the makings of a great great pop artist.. she needs to go far". Kieron Pepper of The Prodigy has gone on the record to state that "I really like it, it's got that clubby, more Lady Gaga feel, aimed at the end of secondary school kids, in the right hands on TikTok this will go crazy". She was even selected to sing for some royal visitors to Coventry this week too.

Abz herself has said how much she rates this track herself & I agree with her: in terms of live performances she can do no more than she is already doing on stage: she always gives it 100% and has that charisma which not everyone is blessed with. Now at last she will be able to remind everyone of that side of her talents. Equally, I can't think that she can improve on her writing: like I say, "B.S." has everything necessary for that breakthrough moment and if the title offends anyone, then shame on them. Kieron Pepper seems to think that it will appeal to a narrow audience: with all due respect to someone with so much more talent & experience than me, I think he's wrong and it will strike a wider chord. I certainly hope so.

Out this morning, as a fanfare-free surprise for her fans, is a new EP from the irrepressible Abz Winter entitled ‘Just Wanna Be Me'.
[1 image] END_OF_DOCUMENT_TOKEN_TO_BE_REPLACED

As I'm sure most if not all of you are aware, Abz Winter was selected for the new television talent show "Walk The Line" at the end of 2021 and ...
[1 image] END_OF_DOCUMENT_TOKEN_TO_BE_REPLACED

That irrepressible artist Abz Winter is back on 8th October with her latest single "Under Me", her follow-up to "Money" from July.
[2 images] END_OF_DOCUMENT_TOKEN_TO_BE_REPLACED

As her follow up to the popular "B.
[1 image] END_OF_DOCUMENT_TOKEN_TO_BE_REPLACED

It's actually been a year since we shared the news about "Jump" by Abz Winter with you, a period of time between releases which would have ...
[1 image] END_OF_DOCUMENT_TOKEN_TO_BE_REPLACED

It's good to be able to report to you that Abz Winter is following up her very well received (not least in the review in this magazine) single ...
[1 image] END_OF_DOCUMENT_TOKEN_TO_BE_REPLACED