"Bruise You Left" by The Rising 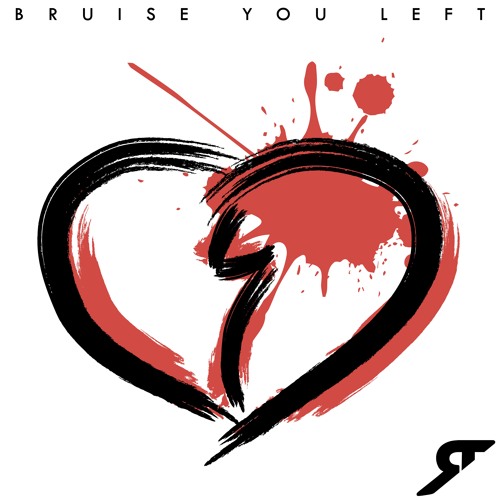 The 4th of June marks the release date of the second single from the upcoming 'No Hope Without Love' EP by The Rising, namely "Bruise You Left" (following April 23rd's "You Had It All")

Not only have the band managed to stick to a weekly live stream in lieu of the live work they so clearly thrive on, but apparently have disciplined themselves to a weekly writing session together where they share individual ideas and then work on them. A very commendable model for all sorts of reasons and it is paying off in that they have, despite COVID19, been regularly releasing new original material every six weeks or so, and it must also keep their morale up being able to continue their career, albeit in temporarily modified form. "Bruise You Left" apparently only took two of those sessions so it sounds like it flowed easily from an initial title idea, melody & drum machine pattern.

The completed track evidences that it was a smooth process as the whole piece does not indicate being forced at any point. Like so many of their recent songs (please see my various reviews of earlier singles), as the name of the track might well suggest, the subject matter is not especially heartwarming, yet Chantelle & Chris have set it against a jaunty arrangement: a device which I often think serves to better highlight what an artist in trying to communicate. As usual, despite being a core group of just the two of them, the sound is quite big: Chantelle's voice being powerful enough to ride over quite a wall of sound without either the need to rein the latter in too much nor strain the former to the point where her trademark authenticity in carrying the emotional truth of their characteristic story telling might lose credibility. Whoever the pair in the song might be, as always they show they care for both, despite neither party being guiltless in the breaking of the relationship nor in hurting the other. Where the sound does break new ground however is in the finer detail (and I admit I only heard this when it was pointed out to me, so subtle as it is) which comes from studio experimentation from the band: in this case exploring new textures by creating drum loops, both forwards and backwards in direction, to layer over the traditional drum kit (played, as with most of their recent releases, by Chris Brush in Nashville & flown over).

I'm also really pleased to tell you that The Rising are returning both to the area (after pandemic issues obliged a temporary relocation) and to their forte, live performance, at  the "Pub In The Park" event in Warwick on 3rd July. This band didn't stop at all during the crisis, though one can't deny that what they have been up to was far from what they had planned: now hopefully their tenacity & capacity to adapt will begin paying off for them.

When last week I told you of The Rising's collaboration with Tiernán Heffron called "Come Closer", I offered the observation that "this is a ...
[1 image] END_OF_DOCUMENT_TOKEN_TO_BE_REPLACED

I have to confess that when I heard that the new single by The Rising (out today) was to be their version of "Have Yourself a Merry Little ...
[1 image] END_OF_DOCUMENT_TOKEN_TO_BE_REPLACED

If you have been reading my more recent reviews of The Rising, then it will not be news to you that they've been steadily releasing each of the ...
[1 image] END_OF_DOCUMENT_TOKEN_TO_BE_REPLACED

For those of you following the incremental release of The Rising's ‘No Hope Without Love' EP (and I hope that's you all), you may ...
[1 image] END_OF_DOCUMENT_TOKEN_TO_BE_REPLACED

True to their mission, The Rising are back with a new single "Highway to the Lost & Found"  (due out on 3rd September) just over a month after the ...
[1 image] END_OF_DOCUMENT_TOKEN_TO_BE_REPLACED

I hope you have been following the progression of singles released by The Rising from their upcoming ‘No Hope Without Love' EP?  Following ...
[1 image] END_OF_DOCUMENT_TOKEN_TO_BE_REPLACED