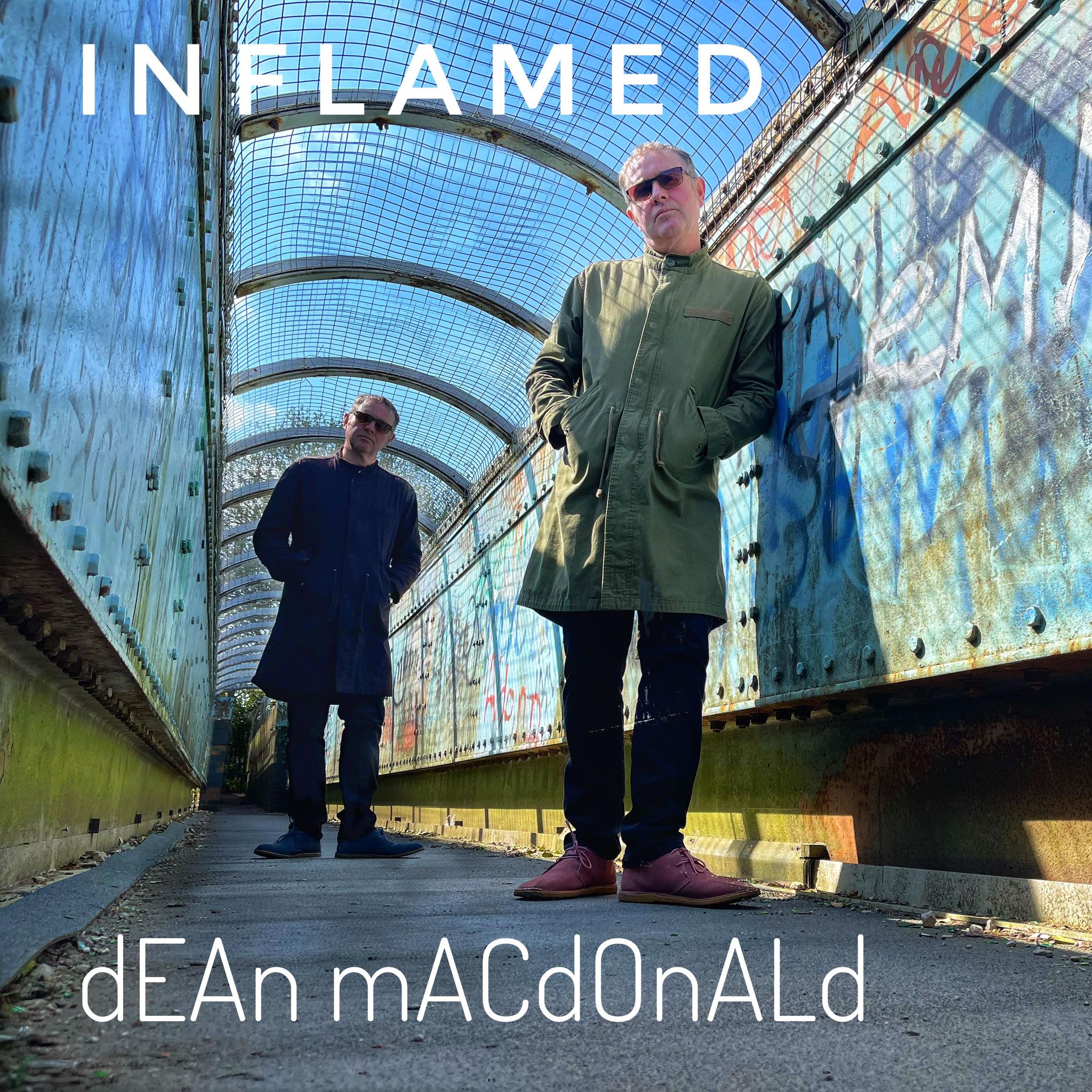 This is exciting: we have often told you about releases from & performances by one of the area's most respected & popular bands The Session, but now, after a substantial career in writing & performing in a group context, their singer/guitarist Dean MacDonald has been recording solo tracks at 14 Records in Leamington (where the band have created so many of their finest songs), which will eventually form the basis of his debut solo album, ‘Just Me' (scheduled for a February 2022 release)

I believe there are five tracks so far completed and I've been lucky enough to have heard three of them:  "Inflamed", "She Brings The Springtime" (a collaboration with Matt Waddell of 14 Records) and "Unbounded". My initial instinct was: "ah, if Dean is recording material away from the band, I bet it'll be stripped back acoustic tracks for which a fuller sound is less appropriate". To be honest, I was pretty much looking forwards to something along those lines but I'm pleased to say that I was really wrong: for what is better than great music than great music which also takes you by surprise?

The three tracks are actually lush & full arrangements and productions: very much the big sound The Session normally offer us, but with obvious differences: most notably different instrumental options and of course the absence of female co-vocals. And all three are superb & quite different from each other.

I think it would be best if I held back comment upon "She Brings The Springtime" and "Unbounded" for the time being: their time for release will come in due course & I'll expound upon their qualities when the focus needs to fall fully upon them (Dean is intending releasing them as singles between now and Christmas). Instead, let's consider please "Inflamed" which comes out tomorrow (on all the usual platforms) as Dean's first single from these sessions and is his second solo single after 2018's "Forever The Spill" (which will also appear on the album I believe).

The key to the song is Dean's need to put on record not only his support for "Black Lives Matter" but his abhorrence for the racist reactions the movement has received. This emotional stimulus meant that he wrote the lyrics in a ten minute instance burst of inspiration in his garden: a clear indicator of his sincerity for sure but also instinctive writing like this gives the song an internal coherence and organic energy which maybe a more drawn out process could have diluted. Fans of Dean's writing will of course think immediately of the Session single "Denver Hill" and rightly so as both songs seethe with righteous indignation of the idea & practices of racism.

Where "Inflamed" really will surprise listeners in terms of presenting them with the unexpected is in the sound Dean has opted for. Written (as you might imagine) on an acoustic guitar, he decided the track needed a different approach (and confounding your audience's expectations is no bad thing in getting their attention) jettisoned that instrument in the studio & opted for a much more dance orientated sound.

Musically it's rather hard to give very many pointers (and that's a compliment in my book) to what exactly it sounds like. I'll start by saying it kicks off a bit like the icy riffs of Joy Division and that I suppose makes it easier to spot the possible influences of New Order in there too at later points. However the comparison doesn't fit much beyond that: where Ian Curtis (though a truly powerful & emotive vocalist: often painfully so) adopted a rather cold & alienated perspective, that's the last thing you could describe of Dean's singing.  I don't think he has ever sounded so desperate to my ears before & his vocals come across as raw, almost bluesy & utterly convincing. One aspect of the solo release of this song is that his own voice is now not just upfront, but exposed without the collaboration of Sheryl: her voice is  a magnificent and central part of the Session but perhaps one which in the context of the band attracts the most vocal attention.  Now Dean is on his own and I think with material this close to his heart, it is for the best that it is delivered purely by his own voice.

It is a most interesting arrangement in fact: you have such a passionate vocal sitting on top of this rather chilling dance background: quite the contrast on paper, yet Dean & Matt have created a tension out of the dynamic and I think it works to emphasise the meaning of the words by offering such a contrast. Something of a bold decision, but as I said before: it works.

I'm not sure how much dancing will take place to this seeming dance track, but it is a memorable tune and  that should also compel people to listen to what Dean is singing about & hopefully fulfil his intention of drawing lessons from it. It should also come across well on radio.

He is, I believe, to be applauded for putting his heart so visibly on his sleeve over "Black Lives Matter" and since he has crafted such an accessible way of getting his message across, may it bear fruit. At the same time, this is a great calling card for what will be a most interesting album & over time a valid & exciting parallel career to his work with The Session.

Following the very successful release of "Inflamed " in late May, today, Dean MacDonald shares with us the next track from his recent 14 Records ...
[1 image] END_OF_DOCUMENT_TOKEN_TO_BE_REPLACED