"Each Time My Heart is Broken" by Ex Lover


"Each Time My Heart is Broken" by Ex Lover 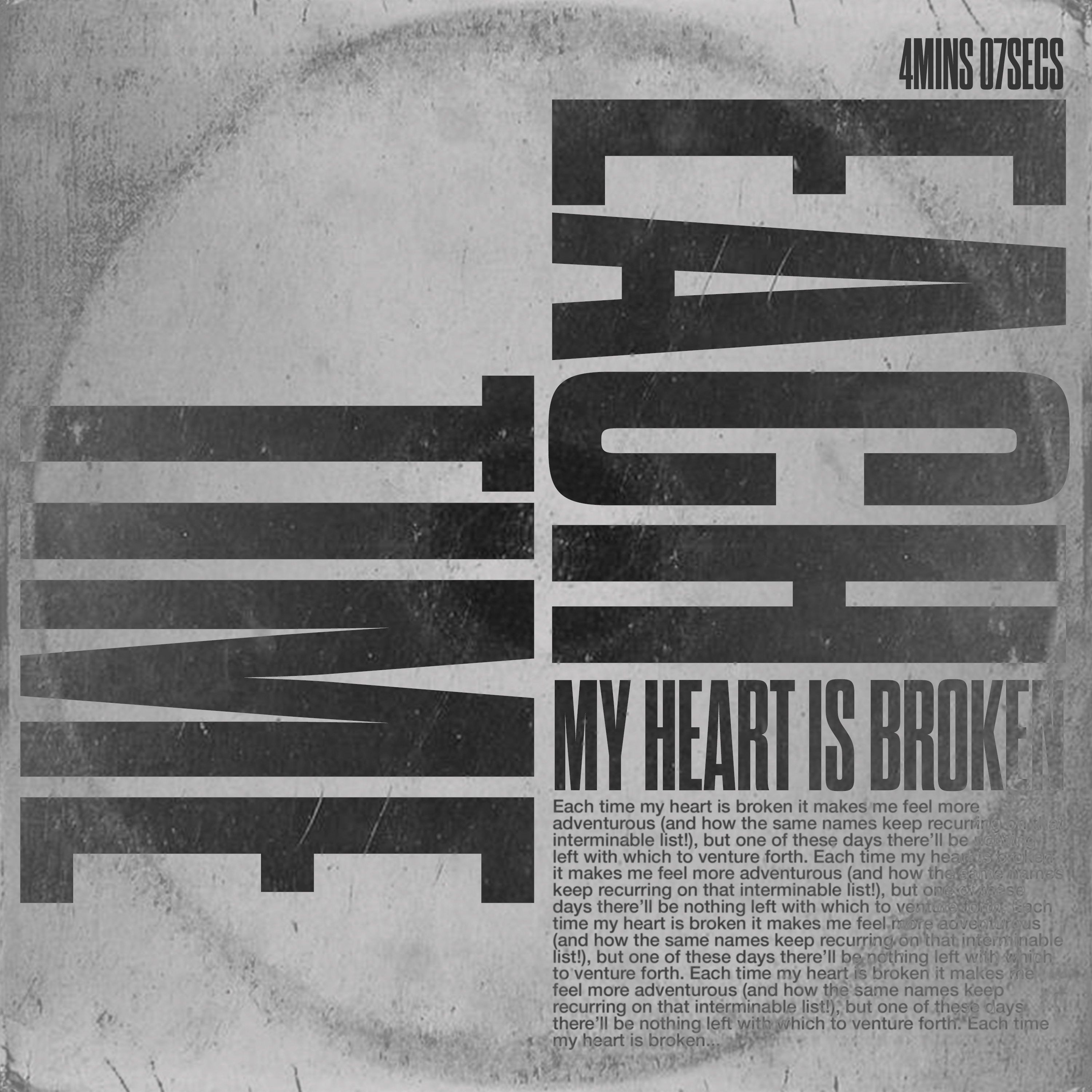 Well that's two surprises of rather different sorts on consecutive mornings for me. For those of you who read my review yesterday of an archive release from Satsangi, you'll know how much extra pleasure I get during these seemingly indistinctive & potentially monotonous days from not only hearing some excellent tracks for the first time but also if they were unexpected or unusual in some way. I guess "Each Time My Heart is Broken" by Ex Lover possibly falls into each of these categories.

Released on January 11th, the single is the third release by Coventry based Dan Faulkner, following "True Love" and his ‘Gloomtube' EP in a project which only came into being during the first lockdown period and which have received airplay on the BBC locally.Necessarily working entirely by himself, the project also gave Dan an opportunity while no longer collaborating with others, to move into darker areas with his writing & explore "forgotten futures, broken relationships and failed ambitions": themes which I think most of us can relate to current circumstances. That he cites writers such as Sylvia Plath for inspiration for the emotional core of his pieces tells us a lot I think.

This single draws its title from the Frank O'Hara poem "Meditations in an Emergency" ("Each time my heart is broken it makes me feel more adventurous (and how the same names keep recurring on that interminable list!), but one of these days there'll be nothing left with which to venture forth") and as he says "I was trying to create an environment that felt like rebirth blooming in the destruction of old ideas, I wanted the track to have a sense of growth. Building and forcing its way to a new and unique precipice where the view suddenly becomes clear… ".

So what does "Each Time My Heart is Broken" actually sound like? Well intriguingly Dan has evolved his initial purely electronic sound by including acoustic instrumentation to add more organic elements. In this way, he reminds me (conceptually at least) with Wes Finch who in his The Silver Wye project has added electronic approaches to his long time acoustic base  (a mirror image of what Dan is doing) and of course both are highly influenced by literature: especially poetry. Naturally the comparisons fade a little from this point: "Each Time My Heart is Broken" is an instrumental piece unlike The Silver Wye's work & adding acoustic sounds to an initial electronic approach results in something markedly different to adding electronica to an acoustic departure point.

A slow & reflective track, the disparate elements meld most effectively together in a manner which is not necessarily as downbeat as its inspiration might at first glance suggest. The overall tempo might be relatively slow, but against that, the instrumental parts are often played on surprisingly many beats in each bar for an urgent effect. I particularly liked the solemn keyboard elements & the imaginative use of melodic percussion: not unlike that of Lemon Boy. If the starting point is relatively sombre, Dan also evokes the prospect of the eventual rebirth of which he speaks.

So another most interesting local musician for me to discover & hopefully point you in the direction of. Dan hopes to take Ex Lover into live performance territory during 2021 when circumstances permit, as well as offering us more original material.