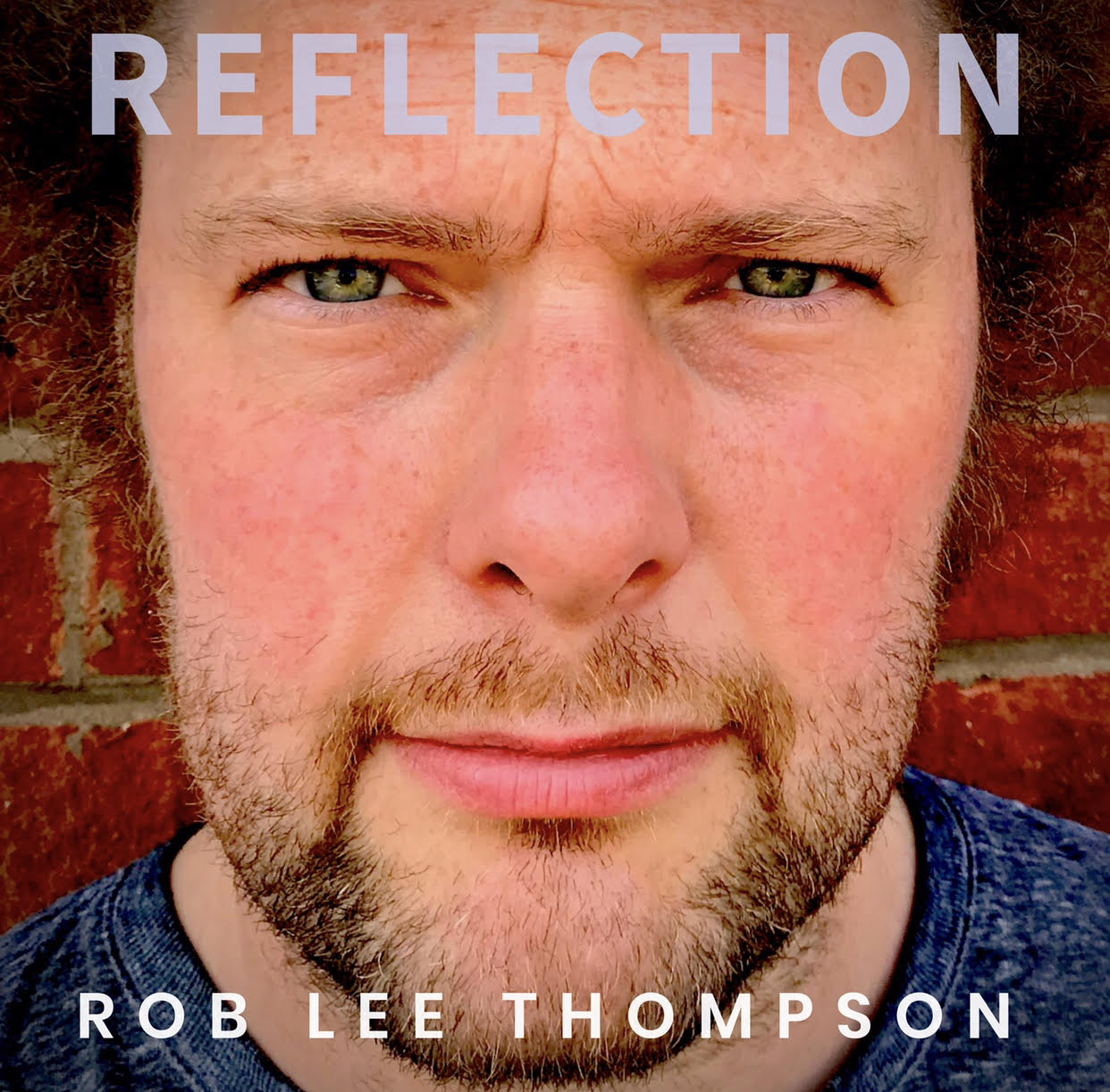 It's uplifting to start a new year by reviewing another local artist whom I've not yet written about in the magazine & on this occasion, the release today of his new ‘Reflection' EP by local artist Rob Lee Thompson has afforded me such a chance.

This six song collection (EPs do seem to be getting longer these days) has its origins back pre-pandemic, in fact a couple are four years old.

A subsequent meeting with drummer and composer Tom Haines at the Stratford-on-Avon jazz jam in 2017 led to the creation of some of the rest with "Sing It To Me" being written during Lockdown #1 with saxophonist Jay Riley.

Of course writing new material & then getting a band together to capture the new songs are two separate things and the planned May 2020 sessions at Sansom Studios didn't happen. Thankfully a brief window of opportunity in November allowed the EP to be recorded over the weekend of 14th and 15th of that month with a band consisting of Elliott Sansom (piano), Tom Haines (drums), Mike Green (double bass), Rob Lee Thompson (vocals) and Jay Riley features on four of the tracks playing tenor saxophone, including the single "Reflection" which was released on December 12th.

As subtle hints in the above paragraphs may have alerted you, Rob is a jazz musician & this is a jazz record. I have no idea whether the musicians involved are aware of the work of PZAZZ who feature on ‘Hot Music Live Presents Volume Four' but I was struck with how in some ways they are carrying on where the earlier band left off: albeit with the crucial distinction of vocals. There is the same calm & confident virtuosity deployed in supporting the number rather than grandstanding & above all I like the fact that they not only groove well together but they genuinely swing: and that probably is the main criterion within my personal taste which separates jazz I connect with & that which I don't.

The groove is generally pretty laid back & the instrumentation sits behind the voice in the arrangement (thankfully). With the absence of showing off, we get real songs & the care over writing "proper" lyrics thus is exposed to view. The approach is pretty classic with careful construction rather than falling back on excessive repetition & the tone sits somewhere between acceptance of the world as it is and an optimistic vision of the future: in fact this rather brought to mind the sort of thing soul artists like Curtis Mayfield or the Isley Brothers were looking at in the early 1970s & in fact I can see some of their musical approach in ‘Reflection' too: it's a soul record as well as a jazz one.

The songs are the title track & "Sing It To Me" as mentioned above, plus opener "Rain Is Coming", "I'm Doing Fine", "Tell All the People" and "Out On the Scene" and they add up to a most thoughtful & inspiring collection: quality music to lift our spirits when we need that so much. However as Rob tells me "..the main aim of releasing the EP was to help get more live gigs, hopefully there'll still be some live music venues left!". Amen to that.

For his first release since last year's ‘Reflection' EP (you may recall that one track from this, "Sing It To Me" appears also on ‘Hot ...
[1 image] END_OF_DOCUMENT_TOKEN_TO_BE_REPLACED