"The Spoons" by Wilde 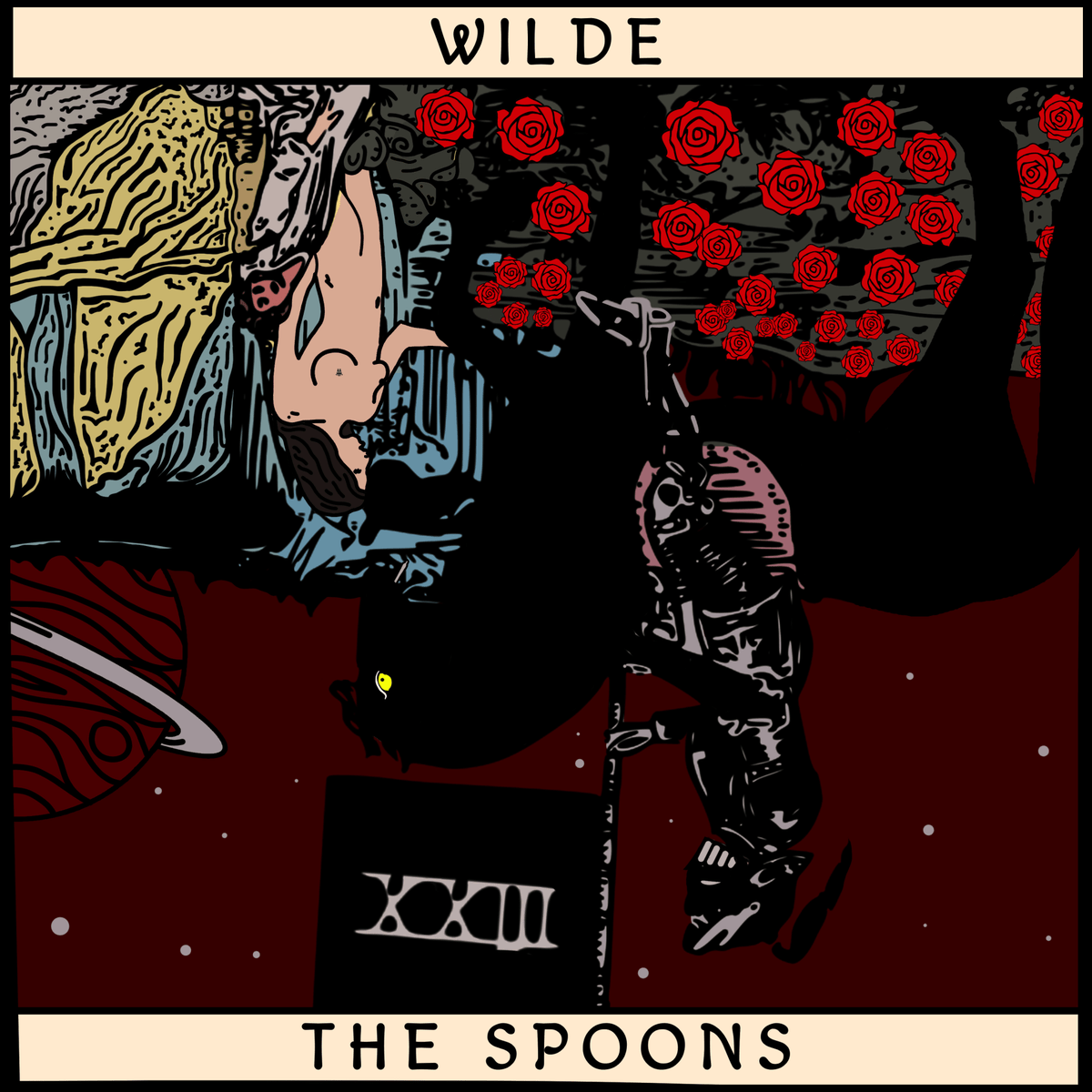 If you enjoyed "Wasted" on ‘Hot Music Live Presents Volume Four' (I'm sure you did), then you'll be as pleased as I was to hear their new single "The Spoons".

If however you were expecting "Wasted Part 2" however your expectations were some way off as "The Spoons" is a very different beast. It's good to hear artists demonstrate their range & not get stuck in a rut of a sound which starts off as their signature & degenerates into stereotyping. You can see why the band (who comprise Seamus Simpkins (lead vocals), Reiss Pinder (lead guitar & backing vocals), Sean Statham (drums and backing vocals) and Liam Hall on bass guitar) are one of the most highly rated Coventry & Warwickshire bands and one of those touted to go much further.

Where "Wasted" is an electric snarl which makes its feelings abundantly clear, "The Spoons" is (are?) a much more acoustic track (with the pleasure of added harmonica) and a more enigmatic theme.  With words being delivered at a mighty rate (which I imagine captures the warning against overthinking which is one key to the song), the central protagonist is beautifully perched on a knife edge between a potential inarticulacy of the excessive thoughts in his brain & the actual articulacy with which he (just) manages to get them out.

Though one normally expects such edgy & near neurotic songs to be delivered over a spiky electric sound, Wilde's decision to go acoustic works well: this is a portrait of a soul in some turmoil (presumably the events of 2020 play a part in this aspect). An ominous bassline evokes the steady and inexorable progress of the Grim Reaper, the guitars are raw & punchy and the percussion reminds us of "Sympathy for the Devil"… As Reiss says "not everything needs a background. A white canvas sometimes is enough to focus your eyes on what you need to see".  I might quibble with the colour (I'd go for something darker in this case) but I take his point: the mood of the piece doesn't require too much contrasting with anything to make its point.

I hope the band are coping with what has been thrown at them: their reputation at the start of 2020 was such that they must have been looking forwards to more progress, more gigs, more new fans. Let's hope that the intermission doesn't prevent them starting back where they left off. In the meantime, "The Spoons" speaks of considerable frustration if not angst and as well as overthinking (which I am sure many of us have fallen into during isolation), Reiss also cites "poetic arithmetic" and "brain cobwebs" (the former sounding more pleasurable than the latter perhaps). Well if such a state of mind created "The Spoons" then perhaps there has been some compensation. Maybe it takes something bordering on trauma to give birth to something as unusual & imaginative as "The Spoons". Whatever the next few years bring for Wilde (and let's hope it's success), this single will serve as a haunting & evocative reminder of a bizarre time.

Not only did ‘Hot Music Live Presents Volume Four'  artists Wilde (check out "Wasted" if you've not already done so) manage to put ...
[1 image] END_OF_DOCUMENT_TOKEN_TO_BE_REPLACED