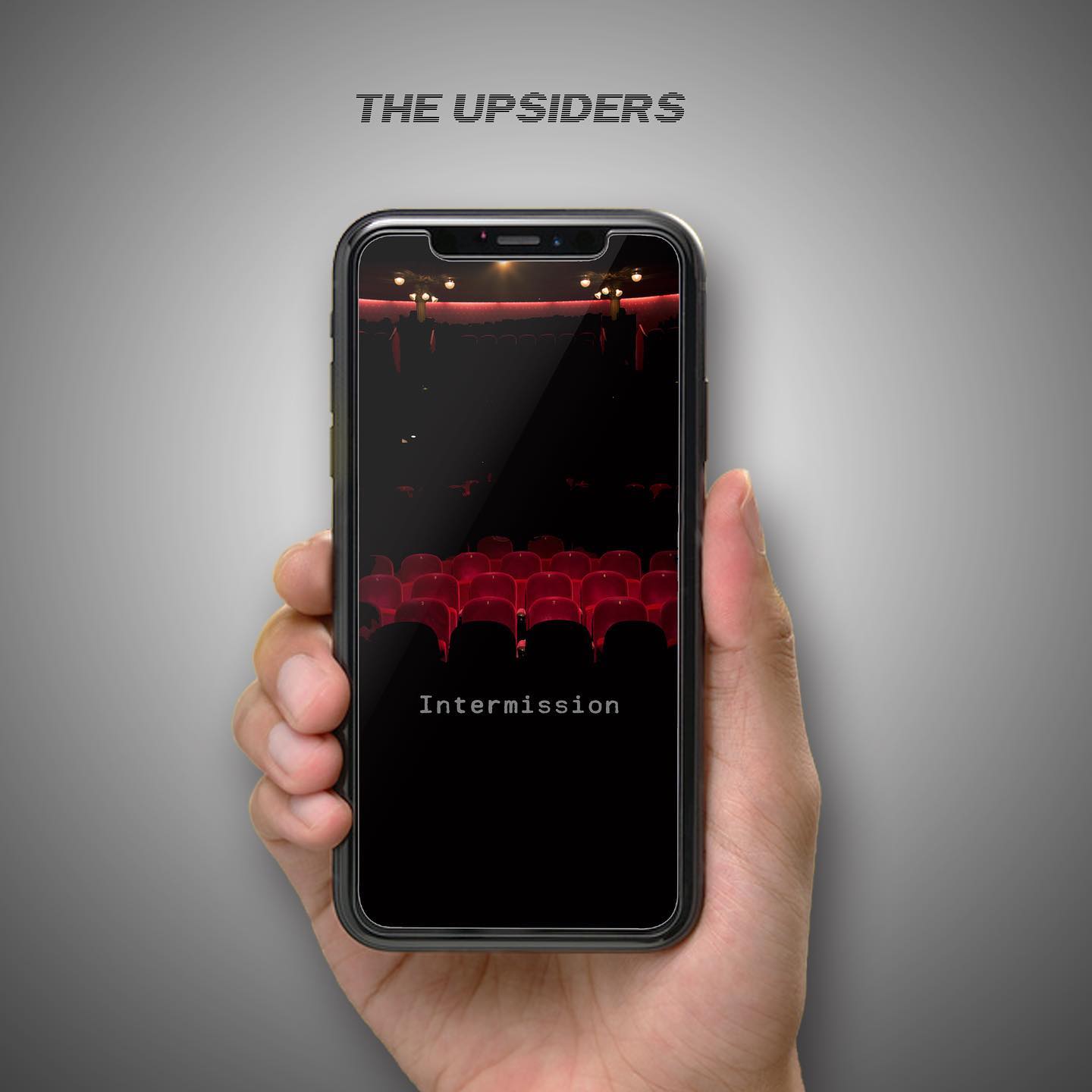 So here we are, as we always knew we would be, at the final instalment of the "Reconnect" project by The Upsiders, the single "Intermission" which they release tomorrow.

What a magnificent idea it was & how the band must have looked forwards to not only sharing the records with us but also playing the set live. One can only anticipate that & I hope it will not be too long before we can experience all nine songs (presumably in sequence to emphasise the message of the whole as well as the excellence of the individual parts). Thank goodness they had managed to get the recording with Matt Cotterill done when they did as well or we might not have been able to hear the songs this year.

As I have said previously, it is ironic how a song cycle aimed at persuading ourselves to embrace true human contact rather than mediating it via electronic media (and hence actually fostering alienation) should be released during a long period wherein electronic communication has not only been the only way to share music but it's been a lifeline (however inadequate in relation to actual meeting) for so many. Not that I think this detracts in any way from their original vision.

So where does "Intermission" deposit Kenny at the conclusion of his extravagant journey? Well like me, you are probably relieved to know that having experienced the lows of the mid points of the sequence, he has finished on a higher emotional plane & best of all has managed to achieve the goal of reconnection: and it's genuine reconnection to boot. He not only has a romantic connection (I am trying to minimise spoilers here) but he also connects in a spectacular way with the Upsiders themselves: breaking the wall of the narrative if you like.

Musically, as with the entire project, we get something rather different & certainly it may confound even regular Upsiders listeners as it is essentially a slow power ballad in format. Though their usual exuberance is never too far from the surface, this is arguably the most contemplative of the nine songs (probably absolutely the right tone to set given the odyssey through the previous eight songs) and let's not forget that the Upsiders started out with serious & humane points to make. That there has been considerable entertainment & uplift along the way just goes to illustrate their skill at bringing together what for other artists might be incompatible aims.

There are tears at journey's end, but not necessarily in a bad way. The song does wring the emotions powerfully & however big a fan of the band you were before "Reconnect", you probably are even more so now: they have certainly showed significant new aspects of their talents through the cycle.

So where do they go from here? Well artistically, "Reconnect" has opened so many possibilities musically, I can't begin to imagine what their next release might sound like. And that's a good thing I'm sure. In the shorter term, I look forward to their presenting these songs together into an album so you can follow them effectively & grasp the entirety of what they have crafted for us. Let's hope people take the message onboard & reconnect themselves too. Above all, as I said, I look forward to a "Reconnect" live tour.

I feel a little sad now we suddenly find ourselves at the penultimate instalment of The Upsiders' "Reconnect" project: today's new single ...
[1 image] END_OF_DOCUMENT_TOKEN_TO_BE_REPLACED

Today, we reach episode seven (of nine) in the "Reconnect" project of The Upsiders: "Bobbie Boat".
[1 image] END_OF_DOCUMENT_TOKEN_TO_BE_REPLACED

Now we are in the heartland of The Upsiders' "Reconnect" project, not only are the cumulative emotions of the arc of protagonist Kenny's ...
[1 image] END_OF_DOCUMENT_TOKEN_TO_BE_REPLACED

I do hope that you have been following successive instalments of The Upsiders "Reconnect" project as they release them & we review them in the ...
[1 image] END_OF_DOCUMENT_TOKEN_TO_BE_REPLACED

I must have been a bit naive when back in late March I assumed that my articles in the magazine would become more infrequent: obviously there has ...
[1 image] END_OF_DOCUMENT_TOKEN_TO_BE_REPLACED