"Happy Christmas, All Will Be Fine" by King of the Alps 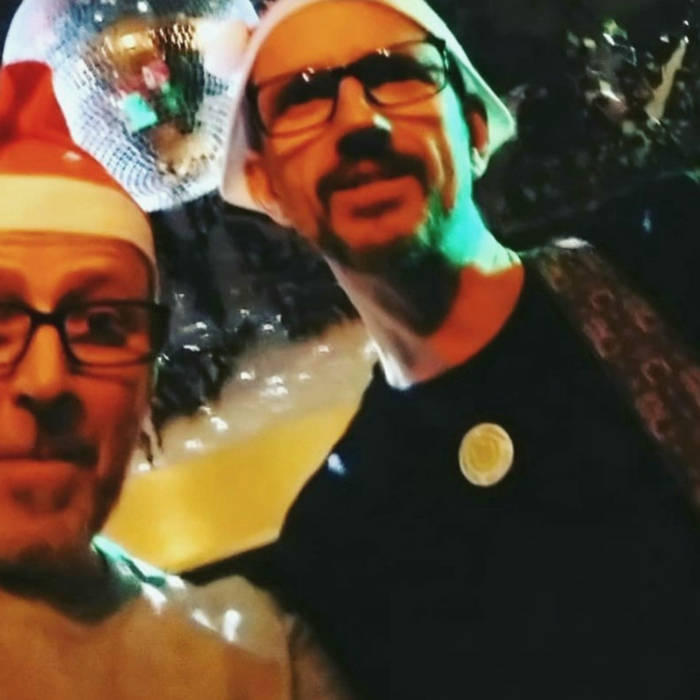 It was only yesterday when Facebook reminded me that it was exactly twelve months since I had last see King of the Alps play live. Seems like a lifetime ago. In fact it is a little longer since I last reviewed them since "The Sun Will Rise Again" was released in November 2019, the same month their "Put Your Trust in Luck" was featured on ‘Hot Music Live Presents Volume Two'

Now Paul Ingram and Simon Ward are at last back with "Happy Christmas, All Will Be Fine" which they have generously put out (today)  as a free download available via this link:

As a band known for their perfectionism, it's always worth the wait to see what they have come up with: second guessing King of the Alps is seldom worth the exercise. This time they have again ventured into new territory with their working method. Unusually, since previous songs were originally created by Paul, this one has its genesis in a double bass & drum track created by Simon & sent to Paul who made a loop and added electric guitar, drum & vocals in his home studio. Even more surprising is that Father Christmas is credited with sleigh bells: I suppose he was at a loose end in the run up to his busy period.

If however you are expecting something which will nestle snugly alongside all the old favourites on a Christmas compilation, I did warn you against second guessing them. I find it unlikely that "Happy Christmas, All Will Be Fine" will be featuring at any karaoke sessions & possibly Radio Two will pass on it. Although both are consummate experienced musicians, with this band they have no fear of experimenting with sound & this song is certainly experimental. So laid back in tempo & feel that it more resembles a post Christmas lunch lethargy than a party, the various elements drift in and out of the mix like some of the more outré examples of well, experimental jazz and minimalism is a key element. The one possible direct inspiration which I could detect is vaguely Eastern in origin with an Indian drone plus a sort of gamelan guitar figure. Overall, after the surprise of the initial play had worn off, I found on repeated plays the hypnotic beauty became much more apparent & just goes to show that one should listen to tracks more often to gain insights into them & that those requiring more effort to appreciate eventually bring the greater rewards.

The theme of the song is "an uplifting message of hope for restart to the future" which is a commendable sentiment, though many less brave vocalists than Paul probably would have opted for delivering it in a more upbeat style.

As I say, I applaud the message but also raise my hat to the way they have chosen to delivery it. There's nothing wrong with subverting expectations (I'd not respect artists who pandered to them) and honestly if King of the Alps went for an easy & populist strategy then I'd think less of them than I do.

"Happy Christmas, All Will Be Fine" will occupy a rather unique & distinctive position in my collection of Christmas records: something some of the other ones can only aspire to.

Last night was another little milestone for me: my first pub-based gig for two years.
[3 images] END_OF_DOCUMENT_TOKEN_TO_BE_REPLACED

Regular readers will need no reminding of my admiration for that subtle and highly original band King of the Alps.
[1 image] END_OF_DOCUMENT_TOKEN_TO_BE_REPLACED

In one of those interesting serendipities which real life offers us occasionally, not twenty four hours after reviewing the debut solo single by King ...
[1 image] END_OF_DOCUMENT_TOKEN_TO_BE_REPLACED

Every so often, I enthuse in a review for "Hot Music Live" over the privileges of being able to do so: fairly obviously hearing wonderful & original ...
[2 images] END_OF_DOCUMENT_TOKEN_TO_BE_REPLACED

This is something of a record for me (pun intended): I am reviewing an EP which I have been enjoying for over four months & now it is on the brink of ...
[2 images] END_OF_DOCUMENT_TOKEN_TO_BE_REPLACED