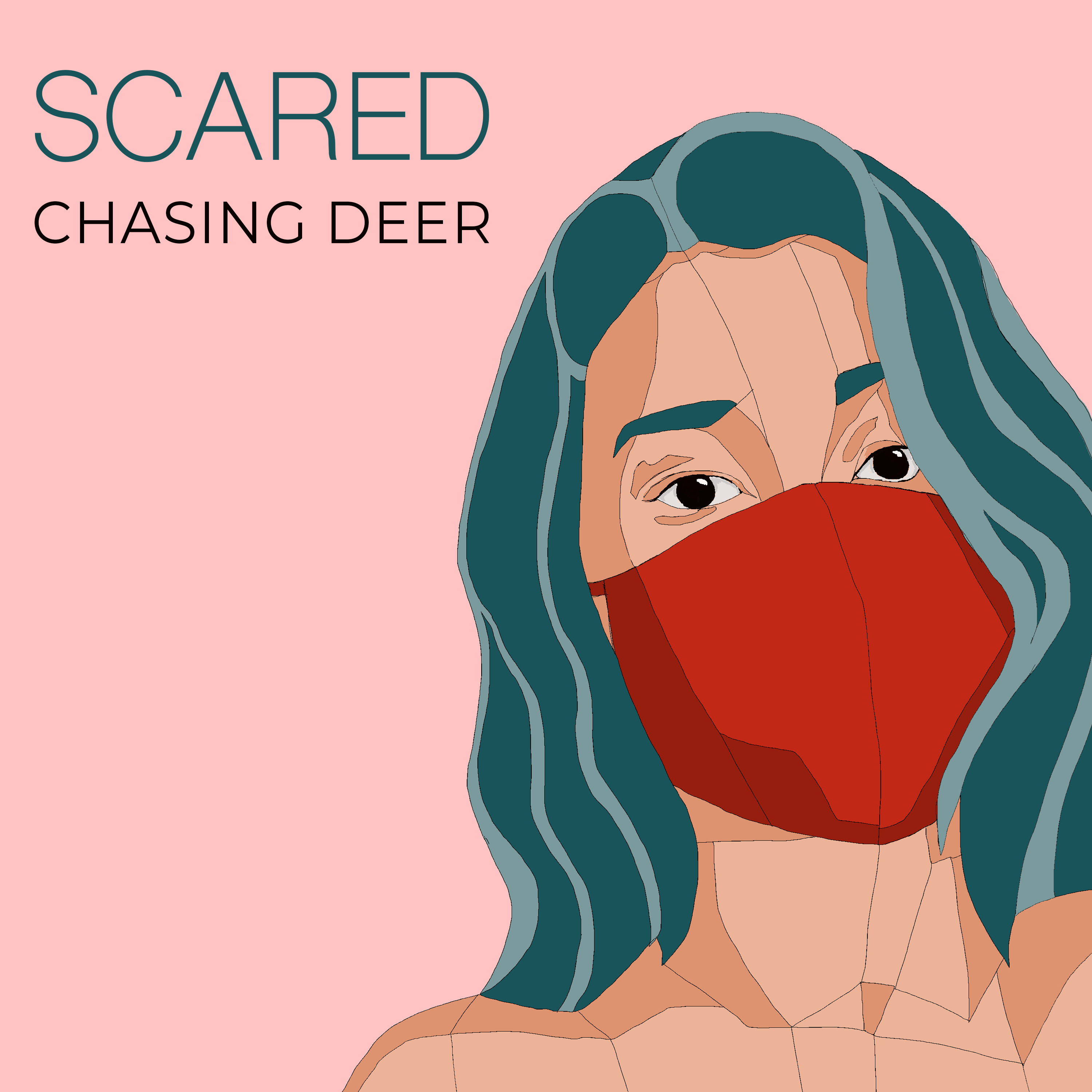 Unsurprisingly, I've not had the chance to review a new Chasing Deer release since their "Bad Decisions" way back in February. Fortunately I can address this deficiency right now as "Scared" comes out on 2nd December (on W5 Records).

The current perennial question for artists must be "how do you record new material" especially if you are a multi member band. In this case, the issue for Chasing Deer is somewhat simplified as the band have experienced some lineup contractions and consists now in the main of keyboard player/vocalist & band founder Rob Hodkinson with the support of Rory Evans on guitar: this presumably aided the creation of "Scared" and indeed I was heartened to hear that  they have been  playing live on the streets of Britain for 120 consecutive days  (if you read to the end of my review of "Bad Decisions", you'll have noticed the gigs they had lined up for a national tour named after that single: it must have been a low blow to have lost all those gigs & of course Chasing Deer have built their very strong identity by their hard work on the live circuit leading to several very prestigious appearances: let's hope they can pick that momentum back up swiftly in the new year). However the good news is that even if you can't catch one of their daily outside performances, Rob has been offering an "On Demand" weekly livestream on a Wednesday evening throughout the emergency on their Facebook page.

The new song (recorded at Tileyard Studios & produced by Paul Whalley) is interesting in that it neatly combines precisely the sort of passionate & emotionally charged approach which the band have always brought to their music with a specific pandemic inspired focus: in fact in hindsight one might almost say that the band's creativity was ideally made for this moment & it not only applies perfectly but also sums up their values concisely in three minutes & fifty seconds. Written by Rob with Nick Bradley, the key lyric is "everybody gets a little bit scared": and compassion & empathy are what they are urging upon us: realise how others are struggling as you may be & reach out to them…..

This is one of the gentlest of their songs, stripped right back to make the message the centre of the song & exposing the emotional heart. Led by Rory's warm acoustic playing, Rob deploys his characteristic powerful vocals, but in a very restrained & frankly vulnerable way, not reaching for some of the levels he deploys on their more dance orientated numbers & this tasteful approach certainly helps enhance the sincerity of what he is trying to say to us.

No Chasing Deer song is ever less than perfectly crafted (and all work really well live: I gather their current informal performances have featured "Scared" & it's going down really nicely), yet even so, I think this one will continue to have a special place in their repertoire once we hopefully have moved on from current circumstances. COVID19 has been appalling on so many levels, yet paradoxically, as with other tragedies throughout history, it is starting to inspire excellent art in response. This is one really strong example.

As a Christmas treat for us, Chasing Deer have decided to re-release their 2015 festive single, "Together At Christmas".
[1 image] END_OF_DOCUMENT_TOKEN_TO_BE_REPLACED

I have not had a chance to review a Chasing Deer release for you since "Scared" came out in December, so I'm pleased to do so now in reaction to ...
[1 image] END_OF_DOCUMENT_TOKEN_TO_BE_REPLACED

It's really good to return to "Hot Music Live" regulars Chasing Deer after a while.
[1 image] END_OF_DOCUMENT_TOKEN_TO_BE_REPLACED

I do hope that you'll remember about two years ago Paul Englefield interviewed one of the most exciting local bands from our area Chasing Deer ...
[1 image] END_OF_DOCUMENT_TOKEN_TO_BE_REPLACED

Us lucky, lucky people at Hot Music Live got to check out the new Moving On EP from Chasing Deer.
[1 image] END_OF_DOCUMENT_TOKEN_TO_BE_REPLACED