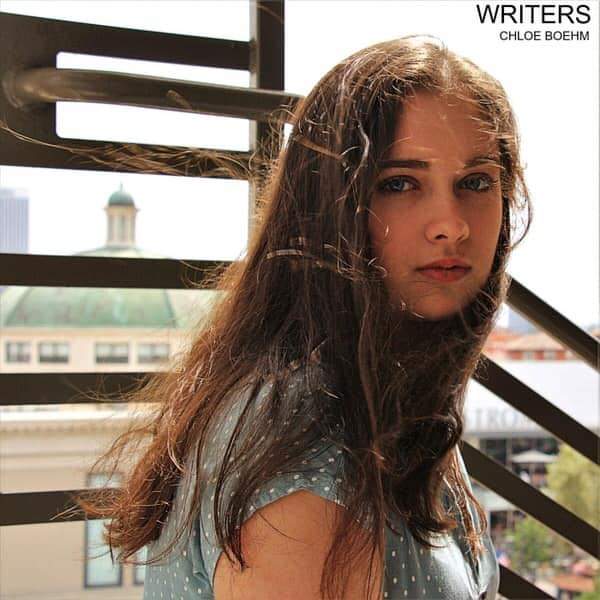 As I'm sure that you are aware, we were fortunate enough to be able to include the debut single of Chloë Boehm "Dare You" on ‘Hot Music Live Presents Volume Three' & get in on reporting this potentially fascinating career from its very start: we also published a feature on her in March.

Chloë has been deprived of the chance to build upon her very positively received music to date  & frankly swiftly growing reputation with live performances (though she has been a regular live streamer from her refuge in Germany). However it would seem that both the positive feedback she has been getting & the circumstances of lockdown have given her a particular impetus to reflect deeply & hence to create new music: many fresh pieces having been debuted online.

This brings me to her new single "Writers" (and I'm delighted that despite the constraints she has managed the production process, on this occasion with her Sam Martin of LAYKS in support) which is a follow up to "Dare You" and "Be Gentle".

One of the characteristics of Chloë that you spot very early on is her tendency to self deprecation. I'm sure this complete lack of egotism contributes to the honesty of her writing (another trait one soon notices) and of course as noted in previous articles, she is relatively inexperienced compared with many of the musicians she plays with locally but who (and this is important I'm sure) rate her highly.  Instrumental virtuosity is something we can all applaud & lord knows we have plenty of that quality about in Coventry & Warwickshire at present. However to me it is nothing unless deployed in the service of a song: otherwise it simply becomes self indulgence & frankly dull. So when Chloë describes her own playing as "rustic", I see where she is coming from, but her developing guitar skills serve her own songs well & accentuate the truth in them. In fact what I think I'd rather label (if I must) as "instinctive" or "intuitive" can add to the originality of what we are listening to;

"Writers" (released today on all the usual platforms) is a definite progression in several respects from her earlier work. The production values are much more noticeable with obvious attention being paid to shaping her vocal sound as well as that of the instrumentation & the latter is fuller than on the earlier singles. A growing sense of confidence perhaps explains the longer introduction and her slow & measured delivery which leaves plenty of space for the words to inhabit to excellent effect.

Reflective & elegiac as so many of her songs to date are, "Writers" also has that almost intangible sense of sadness threaded through it which again seems one of her hallmarks & this in turn has a strong impact on how the listener interprets the lyrics. Less "rustic" & more limpid & lucid in tone than Chloë might have us believe, this beautiful song possesses two of the essential attributes of a successful one: it engages emotionally with us & it does not offer full narrative resolution: there is so much potential in "Writers" for us to draw our own conclusions & to apply the lyrics to our own lives & circumstances.