"This Is Where I Belong" by Stylusboy 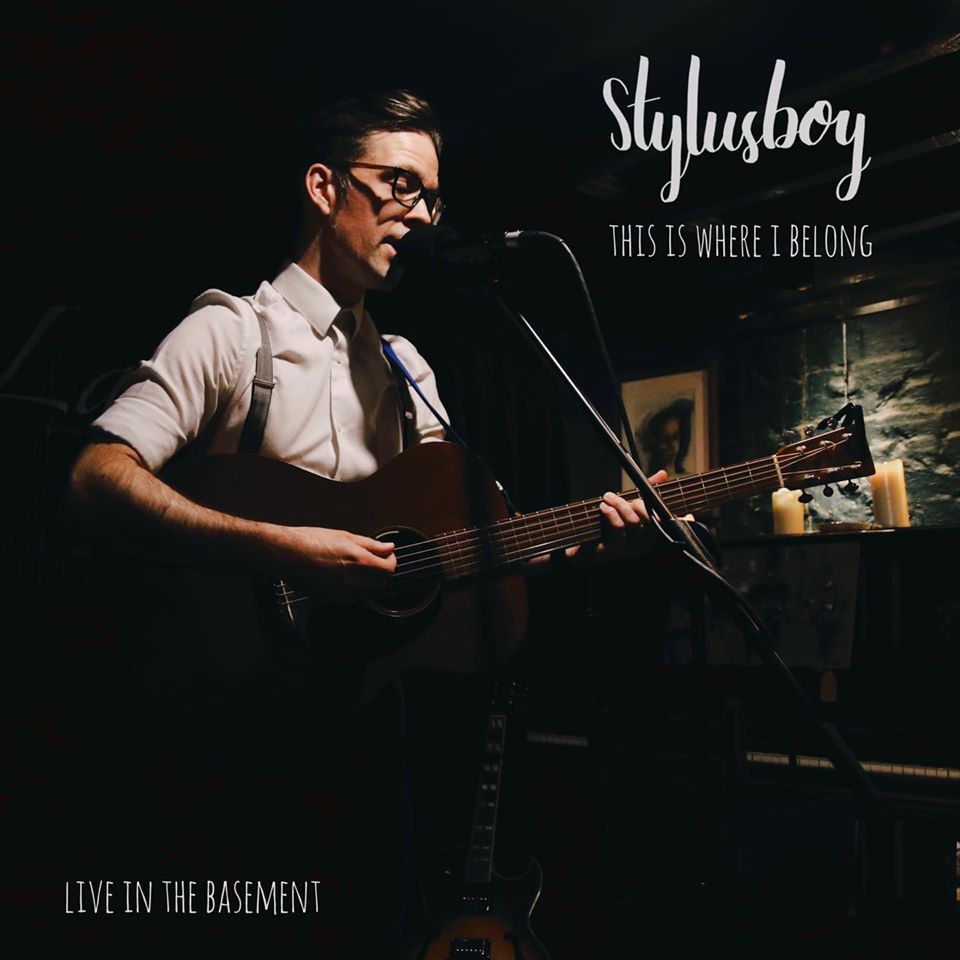 You'll no doubt have enjoyed that masterpiece of Stylusboy, namely   "For the Souls of My Brothers" on ‘Hot Music Live Presents Volume Two' and we have said on numerous occasions how much we like his work.

We also told you last September of his most recent album ‘Routes'  that "if an album has been so well & lovingly wrought that it has no flaws, then one might call it "flawless"": a sentiment which Stylusboy has been kind enough to quote on his own webpage. We stand by that assessment too.

Now he is releasing a live version of one of the songs from ‘Routes', namely  "This Is Where I Belong"  which will in turn appear on his live EP ‘Live in the Basement' which is released on all major digital platforms on 31st July.

"Flawless" as the studio version of this song might be (in the context of where it appeared on ‘Routes', I said last year that it "sets an agenda for the future in the light of the preceding songs' self examination: a coherent end to a very well structured album") then taken by itself without that relationship to preceding tracks, the single does offer new insights.

As often with this artist, there is a haunting element to his live performances which is difficult to capture in words (though the live EP will surely articulate this aspect perfectly) and the underground venue with its ambience serves to amplify this. Stylusboy works superbly with his performance style and the intimate nature of his music: you need to be enclosed with him & in proximity to him to get the most of out the opportunity & moment. I've been fortunate enough to do this & I suspect that a stadium gig might not be his ideal venue.

Hence one greatly appreciates the optimism, the quiet & considered optimism of "This Is Where I Belong" (in light of my above paragraph, you might well apply its sentiments to the space in which it was recorded in this version I suppose): one of those "manifesto" statements of values which the best artists occasionally release. This song of course long predates lockdown, but given Stylusboy's tendency to the reflective, it will be interesting to hear whatever songs he may have written in recent months.

Last December, I was able to let you know about the festive version of "Silent Night" which Stylusboy released to aid the Carriers of Hope charity ...
[1 image] END_OF_DOCUMENT_TOKEN_TO_BE_REPLACED

I am pleased to be able to announce to you that Stylusboy has just released a seasonal single for us, being a cover of "Silent Night" and that all ...
[1 image] END_OF_DOCUMENT_TOKEN_TO_BE_REPLACED

It was only last week that I was telling you about the new Stylusboy single "This Is Where I Belong" which was released in advance of its parent EP ...
[1 image] END_OF_DOCUMENT_TOKEN_TO_BE_REPLACED

I've said it before, but reviewing for "Hot Music Live" is a real privilege in so many ways.
[1 image] END_OF_DOCUMENT_TOKEN_TO_BE_REPLACED

Writing for a music magazine in Coventry & Warwickshire, which is let's face it pretty landlocked, I don't expect to review many maritime ...
[1 image] END_OF_DOCUMENT_TOKEN_TO_BE_REPLACED