"Won't Let Me In" by Satsangi 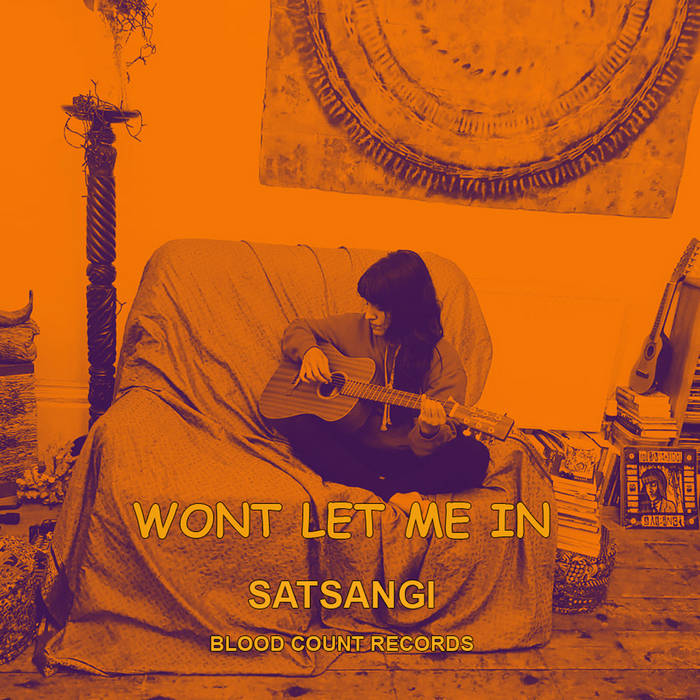 Satsangi, never a band to shirk a challenge nor to be meekly led by fate nor wander aimlessly down roads many others have trodden previously, seem to have taken lockdown & the deprivation of the chance to share their music live as almost a personal insult. No doubt they had big plans for 2020, plans which have not (yet) come to fruition, but they have come out of their corner fighting.

I reported on their lockdown album ‘Shivoham-Lockdown Lullabies' back in April & now they have a new single entitled "Won't Let Me In" out today (it's already been played by Brody Swain on BBC Introducing for Coventry & Warwickshire).Necessarily the conditions again preclude the full & such powerful Satsangi lineup from taking part in the writing or recording, so it's just Johnny & Su this time (though Dave Holland mixed it).As you'd expect, it is an acoustic approach again & so chimes much more with its predecessor in sound than the band's more representative one for the last few years. However unlike much of those "Lockdown Lullabies" which were acoustic reworkings of previously released songs, "Won't Let Me In" is a fresh composition created acoustically from the start & I'm struggling to think of anything I've previously heard from them which it sounds like. In fact I can't think of any.It certainly has that beauty so many of their songs has however & in this instance the poetry of Su's lyrics ring through truly as they are that much easier to discern than on the louder numbers: in fact there is an excellent marriage between them, their message, the tone & the musical setting. This is a scintillating blend of guitar parts by Johnny, subtly meshing western & eastern motifs & moods as again in the best of what Satsangi always do.Wistful at times, haunting at others, sublime throughout, it is interesting how the pair achieve so much with what at first glance are limited resources compared with "normal". It's very much a case of how "less is more" can work with those with the talent, experience & taste to demonstrate restraint & introduce space into their works. Certainly Su fans will be delighted to hear what she can achieve in such a manner to complement the stunning effect of her tremendous performances at full throttle.This is an exquisite & gentle song, just right for times of uncertainty & isolation, with an uplifting feel even if the story the words tell is a bit melancholic.Satsangi in duo mode is the current "new normal" perhaps & it works really well: an unlooked for bonus to explore aspects of their craft we shouldn't otherwise have been able to experience. I can't imagine that it is intended to be permanent but it adds another option for what they do & that can only be enriching for them & for us.

I reviewed (back in November) the most recent single from Satsangi, "World Falling Down" and mentioned a little bit at that time about their ...
[1 image] END_OF_DOCUMENT_TOKEN_TO_BE_REPLACED

Fresh out from Satsangi is "World Falling Down", (their first since they raided their own vaults for the "Don't Want Anything But More" single ...
[1 image] END_OF_DOCUMENT_TOKEN_TO_BE_REPLACED

During these turgid times when there is a distinct danger of every successive day seeming like its predecessor, it's helpful to be surprised now ...
[1 image] END_OF_DOCUMENT_TOKEN_TO_BE_REPLACED

Well life under lockdown continues to evolve doesn't it: even, or perhaps especially, our musical life.
[1 image] END_OF_DOCUMENT_TOKEN_TO_BE_REPLACED

Some excellent news for lovers of music which dares to be a bit different.
[1 image] END_OF_DOCUMENT_TOKEN_TO_BE_REPLACED

I have often written about the wonderful, in fact the weird, thought provoking & wonderful evenings Johnny Satsangi puts on at the Zephyr Lounge ...
[1 image] END_OF_DOCUMENT_TOKEN_TO_BE_REPLACED