"Live in London" by Nizlopi


"Live in London" by Nizlopi 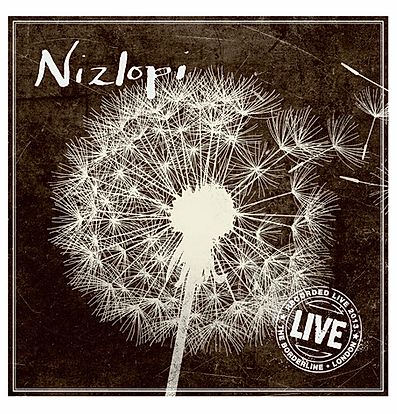 This is an interesting one: with quite a nuanced tale to be told.

The album ‘Nizlopi Live' was recorded over two (sold out) shows in London in 2014, at the time of their coming back together after the break following the initial part of their career. It was released later that year, but the band feel that now is the time to give it a higher profile reissue.

Obviously one factor may well be the enforced hiatus they & all other musicians are currently enduring, but others may be in play too..... Since that reunion, Nizlopi have been involved in what might be called intermittent collective activity: not least as both Luke & John continue to amaze with the breadth of their other interests and work (so much so that I shan't even attempt to list it all. I can't. No wonder they are probably pretty frustrated at the moment, though I note between live streams, blogs etc they have diverted at least some of their energies into other directions). However in their own words, "..doing a bit of Nizlopi now and then, has left us feeling unsettled" which has led to the decision to put the band on longer term pause, including their songwriting workshops which have been so popular but which I imagine could not have taken place anyway. Into this space will come a "Best of..."  (with two new tracks)  later in the year, a book by manager Kieron Concannon , a new album from Luke, the many exciting collaborations of John & this record.

The eight tracks (recorded by James Denness  of Record Live https://facebook.com/recordliveuk,) are nicely selected to fairly represent the various phases of their career & releases and in case you are wondering over the inclusion of "JCB", it's there at track number seven: a smart choice since few acts of their calibre can have such an issue of one song's popular profile being so huge compared with the rest of their work: to omit it would seem perverse yet by avoiding the opening or closing slot they have come up with a dignified solution.

Taken as a whole, the collection does several important things. Most notably it reminds us what made the band popular in the first place: their live performances. There are clear reasons why most songs end up being released in studio performance versions but Nizlopi are truly one of those bands you have to see live to fully appreciate. Even now, the audio alone can't do full justice to a band who were so insistent & consistent in ripping down barriers between audiences & performers: you needed to be there & participating really. What it can do however is remind us of the consummate musicianship involved & their break apart had only added to the individual chops they brought back to the collective. It also gives a flavour of the almost spiritual flavour of Nizlopi gigs: this is a band which cared & encouraged you to care too. Finally, it asks questions of those who like to assign genres to artists:  this really idiosyncratic act had several attached to it (some of which they were obliged for promotional reasons to self attach), most notably folk, alternative & hip hop, which are all present & correct, though the significant jazz stylings John in particular brought but which for some reason tended not to be mentioned too often are here very plain with noticeable elements of what might be called "world music" and that spiritual quality expressed in sacred musical forms.

We're not going to catch Nizlopi live any time soon, but this in the interim is a pretty good taster for the next time we do & a reminder of the last time we did.