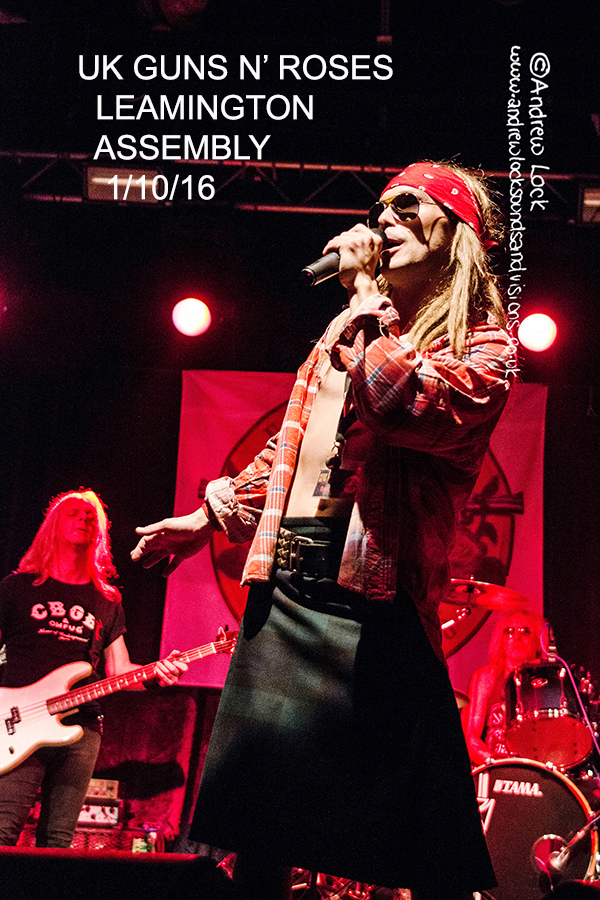 1 of 5
I last enjoyed a night of Guns N' Roses style magic performed by these guys back at the Assembly in 2010 and the lads sure still have it.Also very much enjoyed the short Sabbath inspired set by support for the evening Chemical Mojo, numbers driven by solid riffs with throbbing bass lines and dynamic lead guitar work which combined with their quality original material and the lead guitarist pulling off all the rock start poses in style made for a cracking start to the evening.A standout from the lads set was ‘Open Up the Sky' with a wonderfully mysterious Eastern guitar intro leading into a dynamic rocker with a knockout main riff. Headline time and fab versions of all of the iconic Guns numbers you could ask for including ‘Welcome to the Jungle', ‘Nightrain', ‘Live and Let Die', ‘Civil War' and of course ‘Sweet Child O' Mine'.They also added a few less well known tracks for the die hard fans such as ‘Used To Love Her', ‘Pretty Tied Up' and ‘It's Alright' (the Sabbath cover performed occasionally by GNR) while I particularly enjoyed the more laid back brace of ‘Patience' and the epic ‘November Rain, another highlight was an extended (and at times funky) ‘Rocket Queen'.The bands Axl has it well and truly nailed with the voice and stage craft (for most of the set a human dynamo!) off to a tee and the numerous costume changes and props made it a real show, while the band (including a cool as you could ask for slash) also played all their parts to perfection including the stand in drummer.A fab night combining a young rocking new Sabbath inspired band and one of the best tribute bands around.

AMBER RUN have announced an acoustic live show ‘AMBER RUN UNPLUGGED' at The Assembly, Leamington Spa on 10th May 2022 TICKETS ARE ON SALE NOW ...
[1 image] END_OF_DOCUMENT_TOKEN_TO_BE_REPLACED