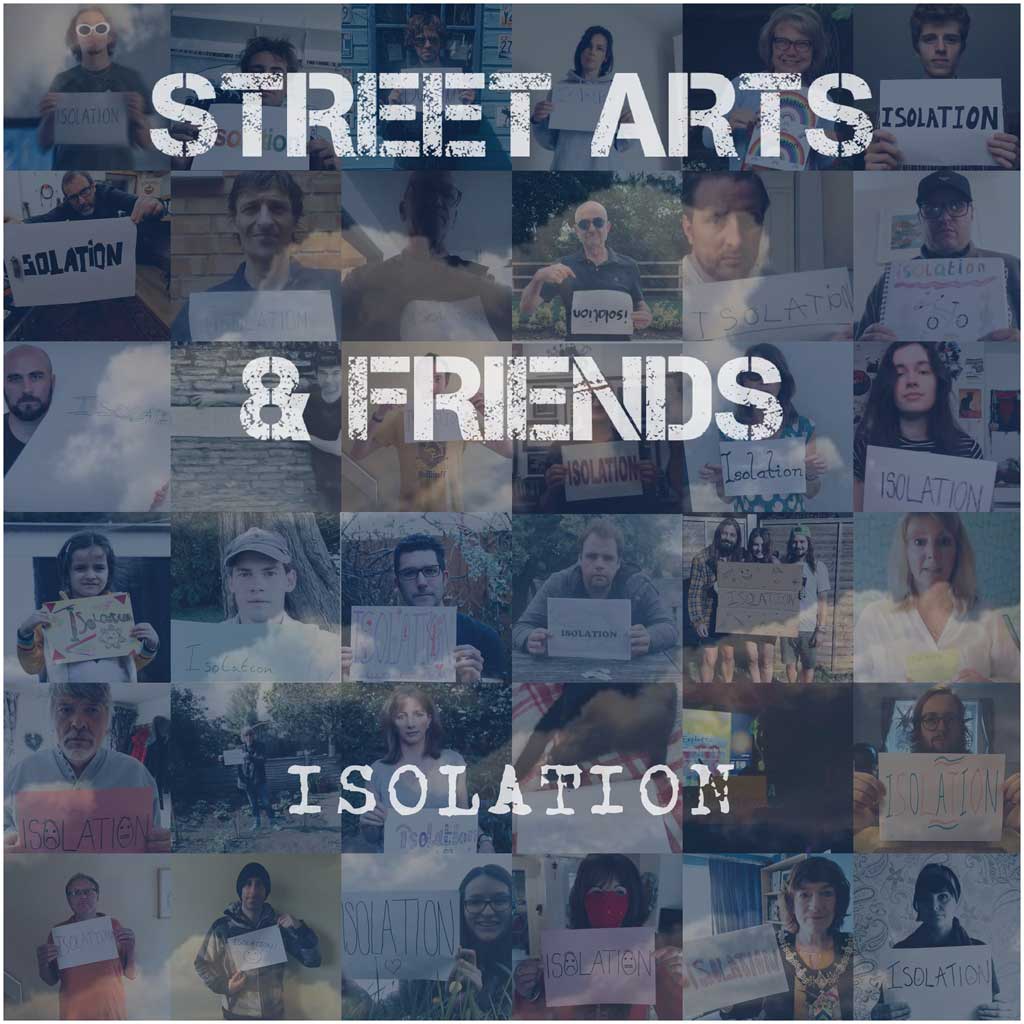 You might very well like to check out today's release of a charity single appropriately called "Isolation" by ‘Street Arts Project & Friends', which is to say twenty nine musicians plus users of the Stratford based charity:  all proceeds from the download and streaming of the track will go to support homeless, socially isolated and vulnerable people.

Among the participants  I'm delighted to say that there are several ‘Hot Music Live Presents' artists including members of Evergreen, Wes Finch, Ben Haines  & Chessi O'Dowd plus other well known names such as Nigel Clark.

The song itself is a cover of the John Lennon classic and in some ways highly appropriate (it obviously has lockdown resonances & the lyric's reference to people needing homes chimes with the work of the charity) in other ways it is very ambitious given that the original recording is both stark & recorded with only three musicians (John Lennon, Klaus Voormann & Ringo Starr) giving it the same anguished feel that the whole of the album it appears on possesses. To jump from voice, guitar, keyboards, bass & drums to so many players and extra instruments such as woodwind, accordion & harmonica is to risk robbing the song of its power (not to mention the issues around recording people separately rather than the original virtually live take). That it retains its effect is greatly to the credit of all concerned: not least the team responsible for the arrangement & production. The additional instruments tend to add an air of melancholy in place of Lennon's angst which works well as do the blending of the many voices: a "We Are The World" type mass singalong is simply not right on this occasion & we don't get it.

The whole piece is tasteful (I really appreciate the simple, heartfelt & dignified performances) & effective & it's for a good cause, so please do consider its purchase.

It even comes with a great video which must have been as tricky to create from so many sources as the song & which despite the sad theme ends with a visual theme of hope. Check it out at https://www.facebook.com/streetartsstratford/videos/819384995257729/

I'm delighted to be able to report on the brand new album by the Street Arts Project from Stratford which is released on the 14th of this month ...
[1 image] END_OF_DOCUMENT_TOKEN_TO_BE_REPLACED