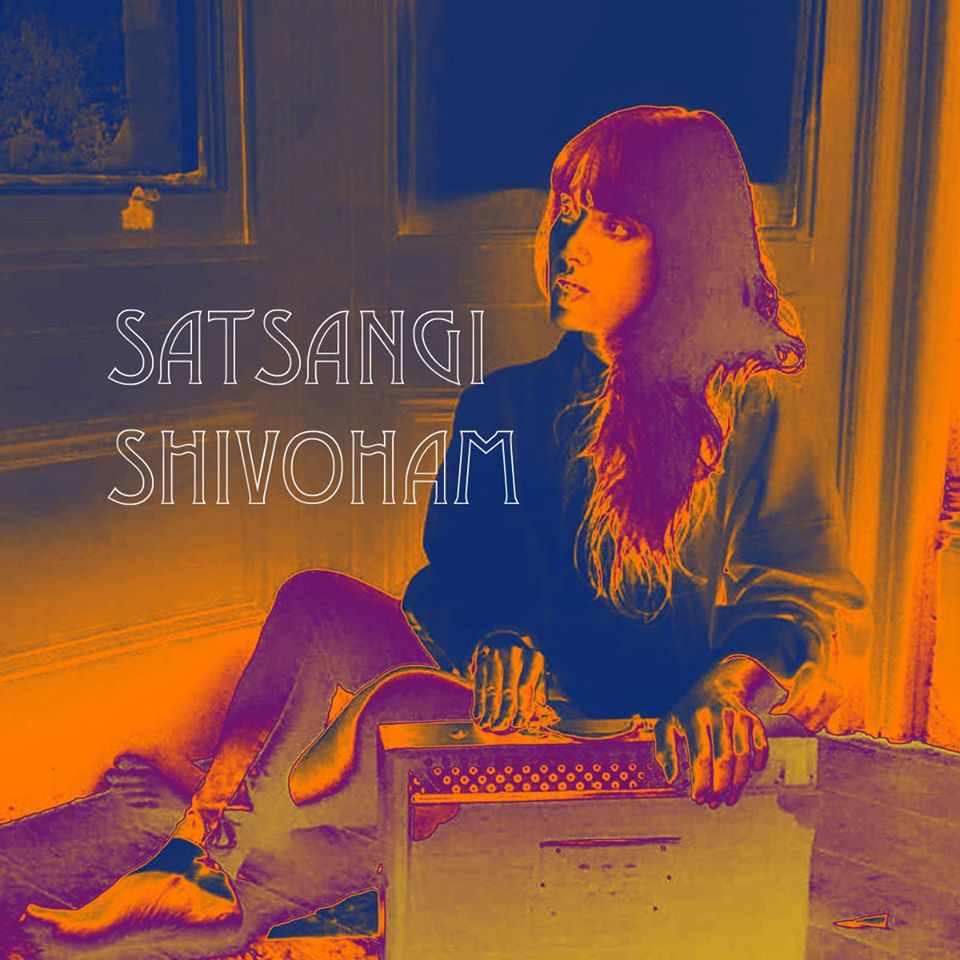 Well life under lockdown continues to evolve doesn't it: even, or perhaps especially, our musical life. We've had great songs released which were so well written in the first place that they appear to speak eloquently to our times. Then we have had the first fruits of songs written during this current set of circumstances which confront them directly: check out, for example the mighty "Disrespect" by Brass Hip Flask on ‘Hot Music Live Presents Volume Three'.

Now we have our very first lockdown album: it's from Satsangi & it's called ‘Shivoham-Lockdown Lullabies' and it's released today.

Obviously one can write songs about the situation (I know many people are doing just that) but recording them without access to your fellow musicians or the equipment is another thing altogether & so we are most fortunate that both Brass Hip Flask & Satsangi were in a position to do so, even if it means a reduced lineup.

For Satsangi have managed to turn a challenging situation into both a practical & artistic opportunity for which I applaud them as much as I have in past reviews of their records & gigs.

The album contains eight tracks ("Here Comes The Night", "Faith", "Shivoham", "Always On My Mind", "Atmastakam", "Sada Bala (World Mix)", "Red River" & "To Grace") and will raise money for the NHS Covid-19 appeal: 100% going straight to it, so that means it is doing a valuable job.

Under the circumstances, I think we mostly let the artistic element of charitable records escape our critical eye: it's not the point of them is it? Lord knows there have been some highly creditable releases raising much money which you wouldn't necessarily play too often.

In this case though, the band (or those able to convene) have turned the necessity of not being able to unleash the full & awesome power which is what we expect of Satsangi into a virtue: as they say: the tracks' "...stripped down quiet expression seems to reflect our current situation with life in lockdown and social distancing"

We perhaps could have seen previously that this option, an acoustic Satsangi set, was something in their minds already. If you were present at the launch of their most recent album, ‘You Saw Something', (check out the title track on ‘Hot Music Live Presents Vol 3') you'd have seen an acoustic set & they had also played in that manner at a private event.

The key however to this development is the opening track "Here Comes The Night" which hopefully you'll remember from that last album. The first all Su Menon track in terms of composition & performance, it stood out from the ensemble songs elsewhere in that collection with its quiet dignity & calm ambience & it leads us from there to here in a somewhat shorter but not massively rearranged version which sets the scene effectively for what follows.

In fact there are other songs on the album which will be as familiar to fans as "Here Comes The Night", though far from necessarily in the form in which they appear here:  "Always On My Mind" was released on ‘No Shoes in Satsangi Hall' in 2012, while "To Grace", "Red River" and "Sada Bala" (in a variety of forms) can be found on 2016's ‘Lick My Lungs': again the latter can with hindsight be seen as a pointer to this collection as apart from the full band version (still a live favourite), a shruti arrangement was on that album and a shruti box can be seen as important an instrument here as an acoustic guitar. There is even one on the very groovy cover.

This album, made in Satsangi guitarist's Dave Holland's attic (aka Kip Studio) & recorded & mixed by him, has a beauty which I think has always been inherent in their music: not the wild & whirling beauty of the majority of their repertoire which dominates their live performances but a gentler, more contemplative one, appropriate to our current mood, much more sacerdotal than say "Iodine" or Baby Doll", yet this aspect of Satsangi has always been there: it just took this catalyst to draw it to our attention more clearly.

The stripping away of instrumentation, the diminution of volume & pruning away of the spiky thorns which tend to adorn Satsangisongs has really exposed Su's voice to much more prominent appreciation. It is a stunning, charismatic & powerful tool when deployed live normally, but here she has the chance to explore other facets of it: more intimate & breathy deliveries, more lingering & savouring of words & syllables.

Is this a new direction for the band? I suspect not: their trademark sound is far too good to leave behind. However it does offer them an extra avenue to explore & one in which to express themselves differently when they wish to. I'm not sure if they intend full acoustic shows (not all of their material is susceptible to this sort of arrangement after all) but segments of a show might be enriched in this way. I've several times asked for "Here Comes The Night" to be played, but hitherto fitting it into a set of markedly different material was a bit of a challenge for them: possibly with more of the same feeling things might fall out otherwise in future.  Let's face it, any Satsangi live action would be gratefully received.

In the meantime, download ‘Shivoham' in the knowledge that you are helping the NHS when they certainly need it most. You probably will get most out of it if you adopt a comfortable position, maybe use earphones & submerse yourself in this beautiful & spiritual music. It will change your mindset for sure & take you somewhere pleasant. At least it did me. I think I'll play it at eight as a soundtrack to the weekly NHS clapping too....

Check out the video at https://www.youtube.com/watch?v=S0lzbtFwa2c&fbclid=IwAR0n-unDQuuXVq0ARf3dg3cgBBvZzAAe8QX6MNbP1uTHi79Mp2ytd78VYLU

I reviewed (back in November) the most recent single from Satsangi, "World Falling Down" and mentioned a little bit at that time about their ...
[1 image] END_OF_DOCUMENT_TOKEN_TO_BE_REPLACED

Fresh out from Satsangi is "World Falling Down", (their first since they raided their own vaults for the "Don't Want Anything But More" single ...
[1 image] END_OF_DOCUMENT_TOKEN_TO_BE_REPLACED

During these turgid times when there is a distinct danger of every successive day seeming like its predecessor, it's helpful to be surprised now ...
[1 image] END_OF_DOCUMENT_TOKEN_TO_BE_REPLACED

Satsangi, never a band to shirk a challenge nor to be meekly led by fate nor wander aimlessly down roads many others have trodden previously, seem to ...
[1 image] END_OF_DOCUMENT_TOKEN_TO_BE_REPLACED

Some excellent news for lovers of music which dares to be a bit different.
[1 image] END_OF_DOCUMENT_TOKEN_TO_BE_REPLACED

I have often written about the wonderful, in fact the weird, thought provoking & wonderful evenings Johnny Satsangi puts on at the Zephyr Lounge ...
[1 image] END_OF_DOCUMENT_TOKEN_TO_BE_REPLACED