"Self Care" by Hannah Woof 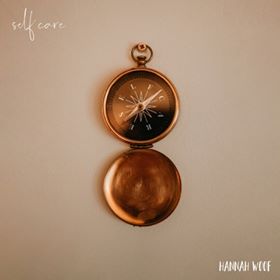 A mere few hours ago, on the stroke of midnight in fact, Hannah Woof released her new single, the zeitgeisty "Self Care", her first since her equally stunning  "Sweet Talk" which was reviewed in the magazine on 1st of November  and of course it also appears on "Hot Music Live Presents Volume Two".

Her last single caused a great many heads to turn and not only did it do so by its effervescent nature, but also because it was so different in tone from her previous release, the ‘Sleepless Nights' EP of May 2017.

"Self Care" (written by Hannah and Jack Arnold, produced by Jack and mixed by Matthew Cotterill) takes elements & qualities from both these records & is another one which will set your head reeling. Returning to the more sombre thoughts of the EP after the optimistic bounce & strut of "Sweet Talk", it contains all the elements of classic Hannah Woof: the ones you look for & respect, yet somehow enhanced & certainly intensified.

"Intensity" is a Hannah hallmark throughout her work & I find it impossible in reviewing her work & her performances not to keep on returning to the stark emotional truth of all she does: I'd apologise but surely every artist is entitled to have defining characteristics? She never holds back and pulling punches with her words is not part of her style. Under the words she, if anything, is paring back even further with her arrangements on each release. The music is as much space as playing & exists to frame & amplify the words, not to distract from them nor obscure her messages.

And so to the message itself. Sitting writing this in a similar state of physical & emotional isolation as you who are reading it, it is hard not to consider this song Hannah's response to the current drama. Rational consideration would tell me that even had it been written this week, recording would have been impossible & Hannah tells me that it's actually a piece she wrote a couple of months ago. Therefore the zeitgeist element might be seen as what Elvis Costello calls a "happy accident", or you might see her as clairvoyant. Both may be true, but for now I'll suggest that it is in fact the product of excellent songwriting: when a track written under specific circumstances or about a specific person or situation can be taken by listeners to apply just as equally to them: and that is a good test of the best songs.

Like all her work, "Self Care" is a song you feel immediately immersed in: this is not lightweight background music for some other activity. Put this on & you are committed to listening & sharing in the passion of the track. When it's finished, you may feel shaken & stirred: but that's surely how it should be: what value has a piece without having an impact?

Whether you choose to take it as plea for taking care during a time of medical crisis or the original intention of someone determined to be kinder to herself after being mistreated by another is your decision & we naturally extract what meanings we favour out of songs anyway. In either case the lyrics hit home hard as hers always do. There is also some plea in there for outside assistance and support & again I think that works for either interpretation.

Fundamentally, despite the frequent anguish in many of her songs, there is always a quietly stated or implied strength & determination to fight (back) & that's here in "Self Care" too. It's a strong message for all of us & a timely one too...

During the last sixteen bizarre months or so, coverage of Coventry & Warwickshire artists in these pages has taken on unusual patterns.
[1 image] END_OF_DOCUMENT_TOKEN_TO_BE_REPLACED

I wrote last week of the issues & tensions which must exist around even the best artists as they develop their individual voice & sound yet need to ...
[1 image] END_OF_DOCUMENT_TOKEN_TO_BE_REPLACED