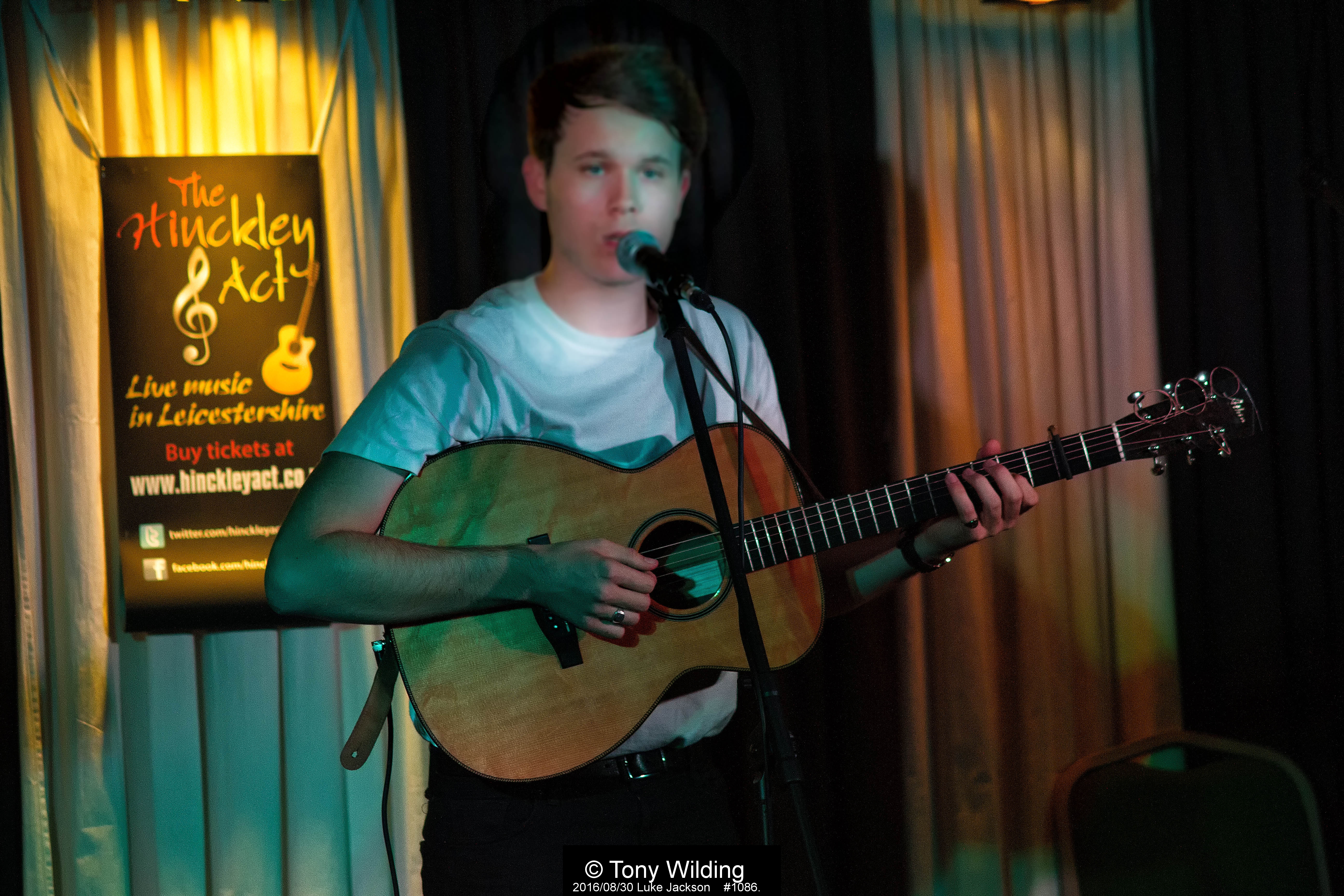 1 of 2
Blurred lines as Hot Music Live venture across county line into Leicestershire visiting the acclaimed folk and roots venue Hinckley Act. Headline is rising roots star Luke Jackson out to showcase forthcoming release "Tall Tales And Rumours", actually the only tall tale is that of 'Charlie In The Big World' as we have no doubt of another spellbinding night ahead.15 months had passed since last watching Luke perform live, time wisely spent, his former strong stage presence now commanding audience attention from opening launch of 'Ain't No Trouble' first part of his now traditional 2 in a row before introducing himself. His greeting asking for a deserved second round of applause to opener and local favourite Jordan Matthews.Jordan graced stage with an exquisite taste in covers and a smart line in humour, the mystery writer none other than John Martyn ('May You Never'). Both artists include fine renditions of Richard Thompson songs, Jordan plays 'Pharaoh' and skilled arrangement of 'Ae Fond Kiss' (Robert Burns) lifted from the Scottish songbook. Closing set with Tony Mcmanus' instrumental arrangement of 'What a Wonderful World', however hightlight goes to Martin Simpson's arrangement of Bob Dylan's 'Boots of Spanish Leather'.Luke divides his visually striking performance between showcasing new songs or as in the case of 'Lucy And Her Camera' a song written during his teens (Luke still in his early twenties) with recent CD releases "This Family Tree" and "Fumes And Faith". Worthy master of the drop, that moment of pause before, without dropping a beat, audience held in rapture as his tremendous holler explodes. New tricks reveal a fun side before a sensitive nature displayed in a tearjerker written around his sisters occupation. Travels of late have not only taken Luke again into Europe but a State-side Alliance visit and touring alongside Woj, a period when new song 'Finding Home' has beginnings also recounted.Pleasing to see an increasing number of young punters in the crowd, his boyish looks warranting fervour by the young ladies next to us as Luke delivers sublime cover of 'Beeswing' (Richard Thompson) ahead of set addition - a chorus song, audience participation included, drawing conclusion near. Encore acapella plea for social change, before sated and eyes focused on the border we hit (along with Jack) the road.