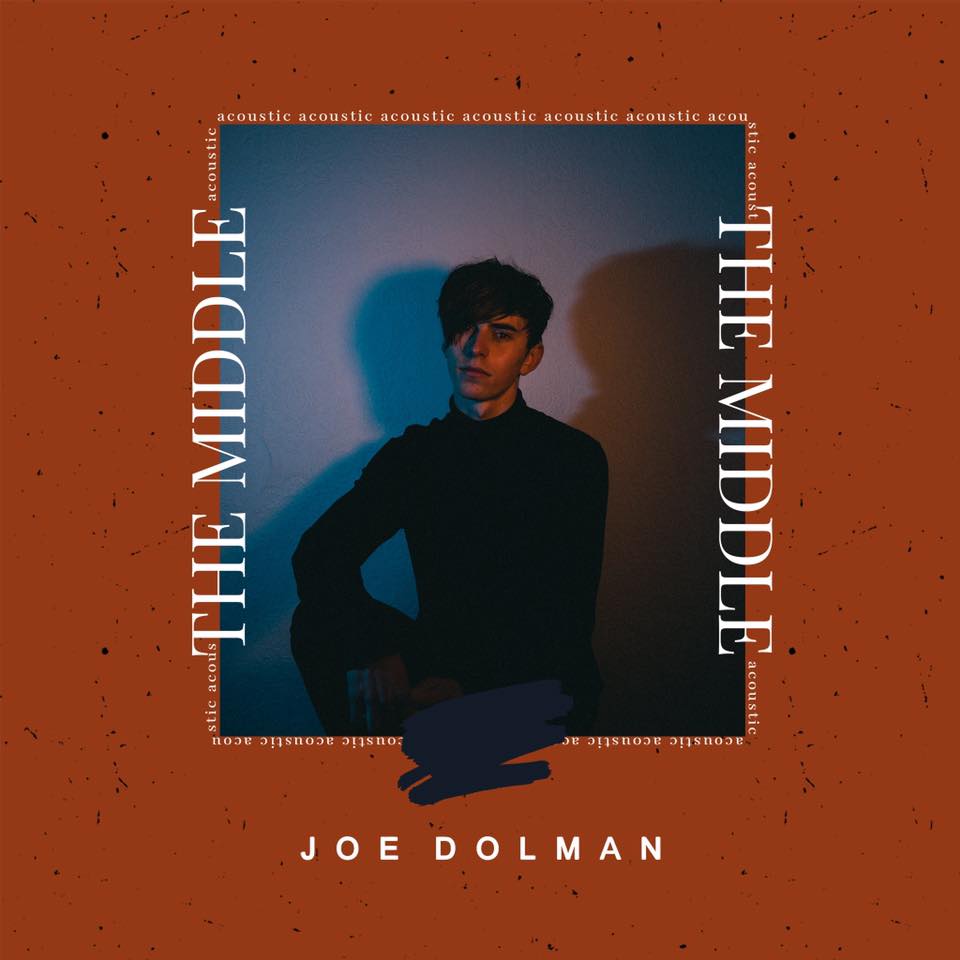 I have recently accused Joe Dolman of being prolific in his output and here he is again with a brand new release a month since I last reviewed him. (And that was mere weeks since "Better By Now" came out).

Actually, it is the same song (sort of) as I last wrote about,  "The Middle", but a different, that is to say acoustic, piano led & intimate performance rather than January's band arrangement.

Joking aside, Joe's outpouring is certainly not the triumph of quantity over anything else: he has wonderful music to share & clearly is eager for us to hear it. This is an artist on a roll.

I'm really glad that he has gone for this alternative version & this reading really brings out those elements I praised in last month's first review of the song.

I also wrote recently about trends in local music such as favouring EPs: another is around artists deeply reflecting on what are often deeply personal pieces & striving to bring out the maximum of the intended meaning, whether via remixes or rerecordings (cf Izzie Derry) or recording multiple versions to look at a song from various perspectives (cf Antonia Kirby with "Fool" and "Fool (Funk")

Behind this sensibility-driven strategy of course is a realisation of commercial norms: the intimate takes may not have the same attraction for say mainstream radio play as the fuller arrangements, which is a shame as although the song remains the same (as someone once wrote), the stripped back versions often allow the heart on the sleeve to be more clearly perceived.

I wouldn't want to have not heard Antonia's original acoustic "Fool" and the same goes for this release of "The Middle". My delight in both in no way detracts from my liking for their fuller versions, but I do appreciate cutting to the heart of the meaning of such personal songs (which "The Middle" so clearly is) and I raise my hat to the clarity & beauty of Joe's performance: obviously there is nowhere to hide on such occasions & the truth in performance & composition I come back to in every review of his work is so enhanced this way.

The first release no doubt will gain airplays for him & win new fans, yet I wonder if his diehard fans might just have a preference for this one? I probably do myself to be honest.

I honestly can't say that I was too surprised by the release today of an acoustic companion  EP to Joe Dolman's most recent ...
[1 image] END_OF_DOCUMENT_TOKEN_TO_BE_REPLACED

It's that moment for Joe Dolman which fortunately comes to some creative artists on a roll when you've last released a single as good as ...
[2 images] END_OF_DOCUMENT_TOKEN_TO_BE_REPLACED

Out today from Joe Dolman is his latest single which rejoices in the title of "Strangers", the follow up to the successful "Real World" which itself ...
[1 image] END_OF_DOCUMENT_TOKEN_TO_BE_REPLACED

It's been above a year since I last got to review a Joe Dolman release (his collaboration with Millie Tilby "Let's Go Home") so it's ...
[1 image] END_OF_DOCUMENT_TOKEN_TO_BE_REPLACED

This is rather an unusual release to be reporting on.
[1 image] END_OF_DOCUMENT_TOKEN_TO_BE_REPLACED

I think that we can all by now agree that Joe Dolman is one of the most talented & popular artists from Coventry & Warwickshire & to that add "one of ...
[1 image] END_OF_DOCUMENT_TOKEN_TO_BE_REPLACED