"The King" by Shanghai Hostage 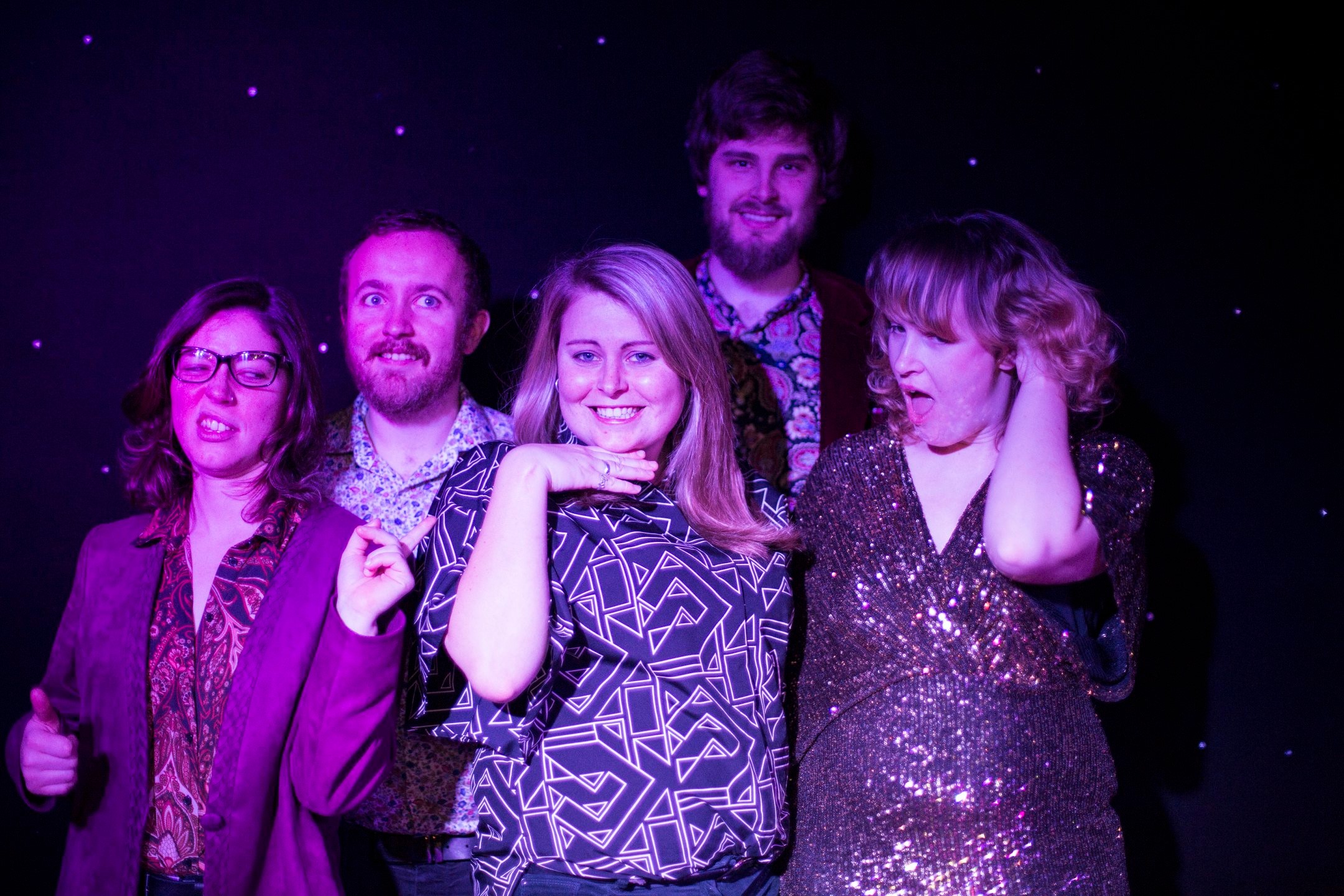 Today I'm really pleased to be reviewing the new, the brand new, single by Shanghai Hostage within minutes of its video being publicly released (it's also coming to Spotify etc soon): I can't always promise this speed of response but you may safely on this occasion link it to my level of enthusiasm for this band: one of the most popular on the Coventry & Warwickshire scene. Hopefully you are already in possession of their very  fine song "Nomad" on "Hot Music Live Presents Volume 2" and also their eponymous 2019 debut EP on which it first appeared.

"The King" (for that's its name) also marks the video debut with Shanghai Hostage of drummer Anna Harris. (Though previous drummer Dom McAvera plays on the recording)

Anna joins Shanghai Hostage stalwarts Sophie Hadlum (vocals, clarinet and keyboards), Beth Black (guitar), Ian Todd (guitar) & Richard Brown (bass) and the band have not only recorded this song  but a whole new EP's worth of material for release on March 22nd. Their producer (who has done an excellent job) is Ian Whitehead. Look out for my review of that as I'm certainly hotly anticipating it.

Where to start? The music or the video? Both are really great & deserve equal billing, but I think the music perhaps should start.

The band, if pressed, self describe as "multi genre" but musing on their work, I wonder when "multi genre" becomes "no single genre"? Like all the artists I love, Shanghai Hostage just go with their hearts & where their muse leads them: they don't seem interested in emulating anyone else & wherever & to whatever they may be hostages, it certainly isn't to the straitjacket of genre labelling.

This is just pure, truthful music & as funky as another word beginning with the same letter and containing another one later too. No wonder they are so popular: the music is as infectious as you like and will clearly fill the floor when played live. All the band give it some (and more), none more so than Sophie's passionate vocals which go the very hi-energy end of the group's spectrum. The playing provides a platform for this & while just as energetic yet simultaneously offer a sense of cool: which adds to the lyrical effect which concerns observation of some alpha male type: the band are dissecting him & laughing at him as much as describing him. It's hard not to share their joy at what they are doing with their words & their playing. These musicians possess all the right chops, have the taste to deploy them well & form such a tight unit.

A fair bit of the impression the song leaves comes from the hilarious & spirited video which, for the moment, is how you are all going to engage with "The King". There have been several superb videos of songs I've reviewed recently: beautifully shot, evocative & lyrical (not least for Sophie's recent solo single "Winter Came Around Too Fast"), but this takes us back to the glory days of the music video as story. Couched as multiple metaphors, we see the title figure as disco poser (we don't often get urinal use shots in music videos)  & literal medieval king. Which is he? Both possibly & certainly both aspects illustrate what they are trying to tell us about him. You'll keep on wanting to play this one. The details are so many & so compelling that I think the only thing for you to do is watch it here:

I can't possibly do justice to it in words & any attempt would probably spoil it for you anyway.

What more can I add about this wonderful band? To me they have it all going for them. Everyone I know loves them & they convert people who hear them for the first time. They play with great skill but also wit, humour & humanity. They have the courage to be themselves & defy categorisation, yet their work is truly accessible & frankly "The King' sounds extremely radio friendly: may they have the great success they deserve with it.  Shanghai Hostage say things no one else has thought to say in the way they say them: lots of people have elements of talent but it's how you use it & the ability to use it with wit & discernment which really appeals to me & I suspect those reading this.

It is literally only a single month since I reviewed the most recent Shanghai Hostage single "Convent" for you, yet here today am I writing about its ...
[1 image] END_OF_DOCUMENT_TOKEN_TO_BE_REPLACED

I'll hold my hands up & admit that back in March my expectations for having much to write about in this magazine were low and so they have been ...
[1 image] END_OF_DOCUMENT_TOKEN_TO_BE_REPLACED

Just as the initial curtailment of live gig opportunities saw many of the artists we report on in "Hot Music Live" upskill themselves to be able to ...
[1 image] END_OF_DOCUMENT_TOKEN_TO_BE_REPLACED

I should really like first of all to voice my appreciation to the members of both Shanghai Hostage & Brass Hip Flask.
[7 images] END_OF_DOCUMENT_TOKEN_TO_BE_REPLACED