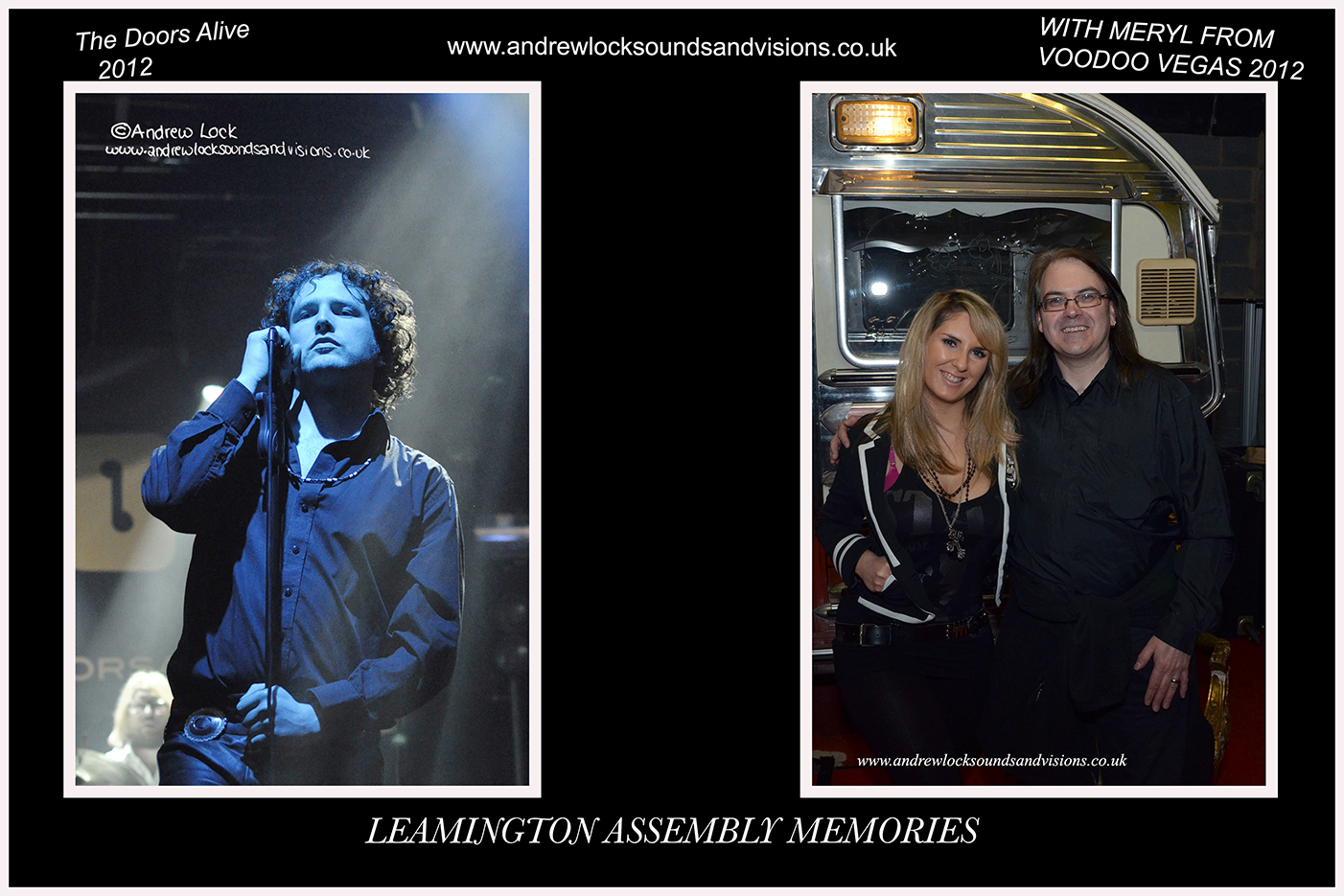 With the return of the Leamington Assembly it seems a good time to take a look back over my years covering gigs at this excellent venue and look at some of my highlights from before my time with Hot Music Live, along with a set of my photographic memories.

My first visit to the venue was in 2009 for legendary blues man Johnny Winter, a short set as he was not in the best of health but what a privilege to see one of the greats on stage and the room erupted for his take on Hendrix classic ‘Red House'.
The support set was my first look at a now favourite of mine Joanne Shaw Taylor and interviewing her several years later she told me how she was living in Leamington at the time of the show and remembers walking to the venue.
This was my early days at the venue, no photo/pit pass but snuck in my compact.

Into 2010 and now with passes arranged by Get Ready To Rock, I was all set to take photos and make my notes to help with my review when the bands manager asks me what time I wanted to interview the band, a little thrown (never interviewed before, not scheduled this time either) so I thought what the hell just go for it and said "whenever the band is ready".
So after writing down a few sensible questions (to me anyway, I did not want to go down the Alan Partridge root with the likes of what's your favourite colour of guitar) I found myself backstage with founder members Dan MaCafferty and Pete Agnew sharing a beer (while they knocked back the neat brandy) trying to bluff my way through an interview.
I think I got away with it with a set of around 10 hastily written questions but have to admit I was a little unprofessional having a photo taken with the guys after.
A cracking set with hits including ‘My White Bicycle' and ‘Broken Down Angel' along with a bag pipe solo celebrating the bands Scottish heritage.
Another fab support set this time by the lovely Deborah Bonham and her power packed soulful vocals, the sister of legendary Led Zeppelin drummer John Bonham she insisted on giving me a complimentary brace of her CD's when discovering I was covering the show along with a hug.

A slice of prog rock next with the Steven Wilson and Aviv Geffen project Backfield, clever lyrics (as you expect from prog!) and fine harmonies with a set balancing up-tempo guitar driven rockers and delicate ballads.
While in ‘Once' they have one of the best live numbers I have heard in my many years at the venue, I just stood there in complete awe (if you have never heard the number check it out on the streaming services).
The Pineapple Thief opened proceedings with a 40 minute set of powerful power prog including a storming ‘3000' days.

Surely one of the finest singers to ever grace the Assembly stage, a voice full of emotion and wonderful song writing along with a friendly rapport with the audience.
Her first number performed solo on the piano was the beautiful tribute to her mother ‘Mama This One's For You' she also included in her set several of the numbers she recorded with Joe Bonamassa including the quirky ‘Chocolate Jesus' and the funky blues of ‘Well, Well'.
She really went down a storm in Leamington.

The Doors Alive one of the finest tribute bands around (still fab now with a new line-up) really rolled back the years with the likes of ‘L.A. Woman','Break On Through' and ‘Riders On The Storm' with all the Morrison moves.
Yet another fab support in Voodoo Vegas, the third time I had seen this top rock and roll band from Bournemouth in action and once again I found myself backstage thanks to these guys, taking shots of them in and around the venues famous touring caravan that I believe was used in the past by country artist Tammy Wynett.
Voodoo Vegas also invited myself Julie and our doggie at the time Buster later that year to join them at the legendary Rockfield studio in Wales during the recording of their debut album, where I sat at the very piano used during Queens recording of Bohemian Rhapsody and looked through the guest book signed by the like of Oasis, Sabbath and so many greats.

2013 and now getting my passes curtesy of The Classic Rock Society.
An artist I had seen many times both at this venue and many others, this one was something special though with an excellent new critically album A Feast Of Consequences recently released and here brought to life by stirring performances and back screen projections by artist Mark Wilkinson.
The epic, multi-section, beating heart of the new album 'High Wood' was represented by three parts of this truly amazing piece of music introduced as he sat on the lip of the stage by a spell binding World War One based monologue, simply amazing as well as very moving.
The Marillion fans in attendance were not forgotten with the likes of ‘Assassing', 'Freaks' and a real surprise with ‘White Feather'.

For some reason Uriah Heep are one of the few classic British rock bands I had previously missed in the live setting, plenty of golden oldies in the set including with a huge roar from the audience ‘The Magician's Birthday' and ‘Stealin' along with more recent material and also great to see the see the bands original guitarist Mick Box in action.
Only disappointment was being a Sunday night gig I had to miss the encore getting the last train home as living in Hatton by this time.

Always try and catch these boys when they are in town, in fact one of my first shows with my DSLR was the bands show in St Ives in Cornwall in 2008 while on holiday and since then they usual invite me personally when they in Leamington.
One of the few tribute bands for me who give The Doors Alive a run for their money in the tribute band game they really do put on the AC/DC experience along with bells, cannons and school uniforms.
With two singers one portraying Bonn Scott and the other Brian Johnson you really get the best of both worlds, the early years classics including ‘Shot Down In Flames' and ‘Sin City' and the Johnson years with the likes of ‘Shoot to Thrill', and ‘Rock n Roll Train'.

There it just a few of my standout Leamington Assembly gigs, have loads more have not even mentioned Marillion, Mostly Autumn or Dr. Feelgood yet.
Maybe a Part 2 to come.

The photos represent all of these memories and many are unpublished.

AMBER RUN have announced an acoustic live show ‘AMBER RUN UNPLUGGED' at The Assembly, Leamington Spa on 10th May 2022 TICKETS ARE ON SALE NOW ...
[1 image] END_OF_DOCUMENT_TOKEN_TO_BE_REPLACED