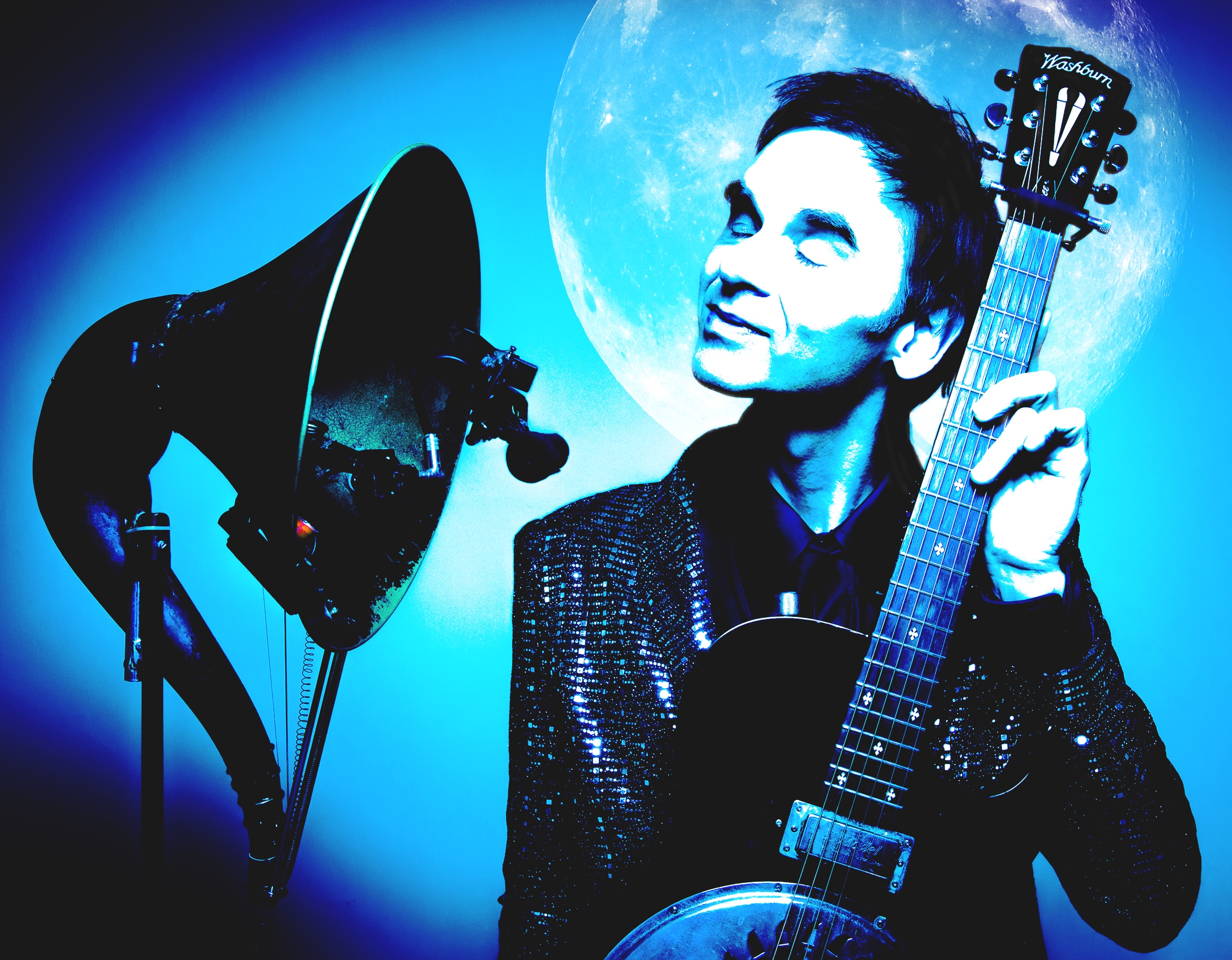 Merging a fevered imagination and solid songwriting with a mad scientist's brain for weird gadgets, true one-off American singer THOMAS TRUAX has confirmed a run of UK live shows throughout March and April for his ‘New Music Machines' tour.

Described by UNCUT magazine as "shaping up nicely as one of the great rock eccentrics" while Splendid magazine called him "one of the five or ten best singer/songwriters in the world that you've never heard of...an exceptional talent.", he is also known for his unique self-made instruments including a motorized drum machine made of bike wheels, spoons and other found items called 'Mother Superior' and a souped up Gramophone called 'The Hornicator'

After riding the album/tour/album/tour cycle perpetually over nearly two decades with these ‘band mates', Thomas decided it was due time to dedicate himself to expanding the menagerie with some new musical contraptions.

Bolstered by his Bandcamp supporters and some Arts Council England funding, he devoted much of last year to dreaming up and building these special new musical inventions which, alongside his familiar friends, will be previewed on this tour.

Most recently drummer Budgie (of Siouxsie and the Banshees/Creatures/Slits) collaborated with Thomas in Berlin on some new tracks, with a single set to be released in conjunction with the tour.

"Endlessly inventive and creative… A show not to be missed!" - Oxford Times

"His gigs are extraordinary, fizzing with showmanship." - Q

"When he performs, it is a spectacle - the originality and seeming impossibility of what he does is much of the appeal." -The Guardian

As I've got out more in recent weeks to see live music again, I've been most fortunate to catch some artists whose reputations were made in ...
[9 images] END_OF_DOCUMENT_TOKEN_TO_BE_REPLACED

As anticipated in my interview with Bid last month, yesterday evening saw a magnificent gig at the Tin with the Monochrome Set being supported by The ...
[6 images] END_OF_DOCUMENT_TOKEN_TO_BE_REPLACED