The Will Ball Trio at the Town House


The Will Ball Trio at the Town House 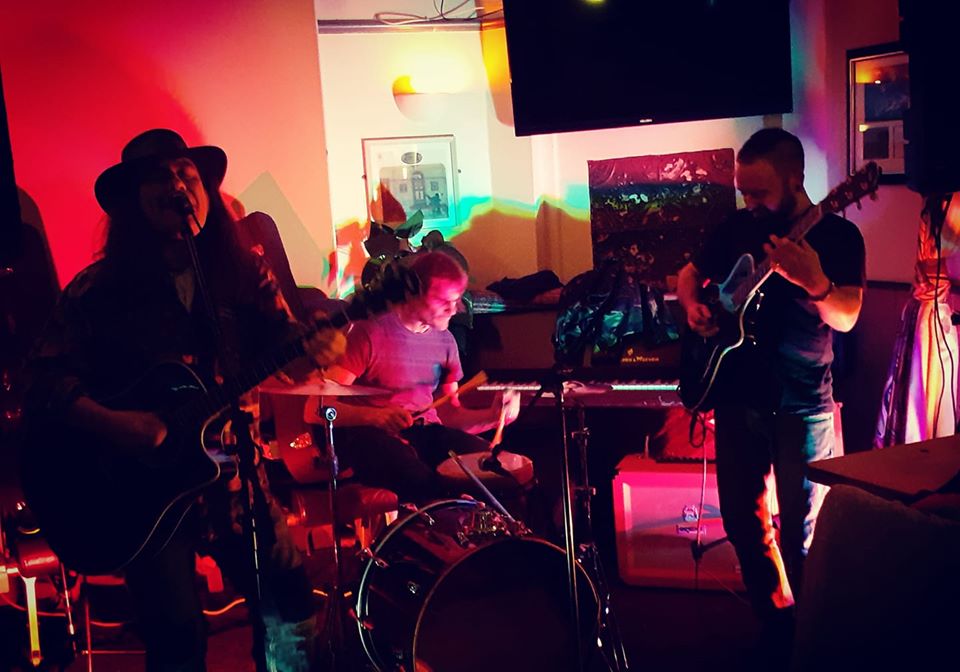 This review in some ways is able to address an omission among my pieces for "Hot Music Live": although I have alluded to Will Ball in respect of his work with rising local star Abz Winter, for some reason I haven't ever written a proper review of his own Will Ball Trio.

I'm glad to put this right as I enjoyed their Town House set last evening a lot. There are a number of groups with the skills & above all attitude to play not only obscure covers (which obviously offer some freshness to sets) but also tackle well known songs without dull attempts to reproduce the original but injecting their own personality & breathing fresh life into them: check out my various reviews of the Doc Brown Trio, the Hansel Brothers, Retroville, Hatstand Band, the Peas etc for evidence.

The Wall Ball Trio fall into this category in spades. Opening with a track which used to drive me to frustration, Stevie Wonder's "Superstition" due to the staggeringly large numbers of people who attempted the most stodgy & turgid versions (I have no idea why. For some reason the last few years seem to have seen a switch to who can do the most lifeless version of Van Morrison's "Brown Eyed Girl". Again: no idea why they should want to do so), Will & his band certainly brought it back into storming rude health last night, with a near rock rendition which grooved & howled with the necessary primal energy the original possesses.

Most numbers were in fact elongated into tour de force performances with every ounce of potential exploited, Will sometimes switching from guitar to keyboards mid song for effect, there was excellent lead guitar work & some of the best drumming I've heard in a long while. If as they say, a band is as good as its drummer, this trio are extremely fortunate to have such a good one: I was rather reminded of Mitch Mitchell.

In fact Hendrix comparisons are apt: although a very casual observer might have been tempted to pigeonhole them as (hard) rock, in fact like jimi, the influences & styles were much more subtle: Will's vocals, extremely powerful & bluesy were also really soulful and much of the beautifully groove-centred extended sections owed as much to soul & funk as rock, whatever the original genre of a number was (and there were sources as diverse as reggae & jazz).

An evening enjoyed by the full crowd, including the Trout & the Goose.

I expect we all agree that music can actually do things to us & for us: improve our mood & morale, lift our spirits, transform our psyches.
[2 images] END_OF_DOCUMENT_TOKEN_TO_BE_REPLACED

I have to admit from the start that I found writing a review which captures the essence of Tigermask adequately, having seen him play at the Town ...
[1 image] END_OF_DOCUMENT_TOKEN_TO_BE_REPLACED