'The Sun Will Rise Again' by King of the Alps 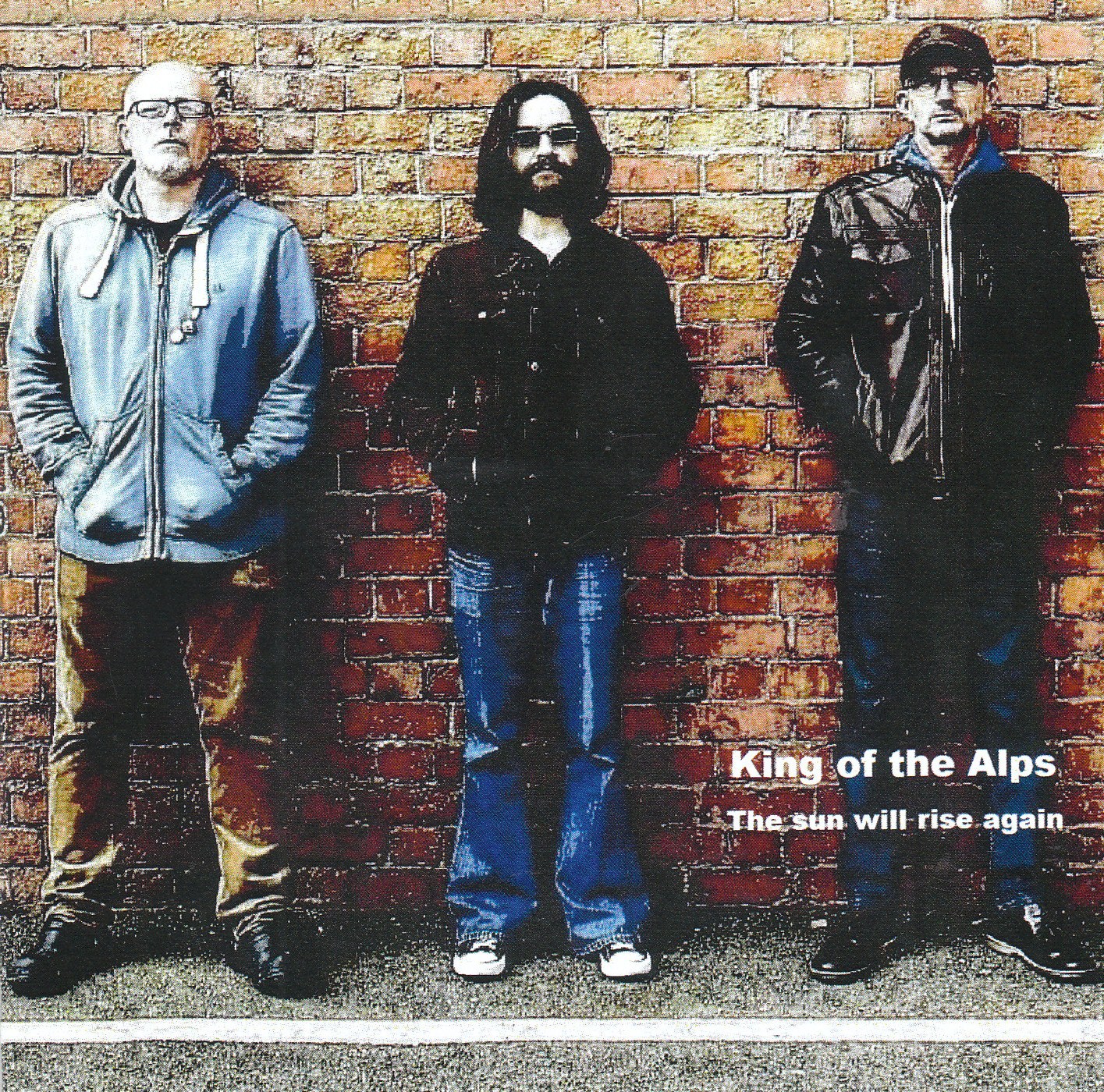 Photo: King of the Alps

Every so often, I enthuse in a review for "Hot Music Live" over the privileges of being able to do so: fairly obviously hearing wonderful & original music, often a little before it is released etc. To that I can add the odd "magic moment" such as this morning when anticipating being able to review the brand new EP by King of the Alps & greatly looking forward to doing so maybe in the next week or so, lo & behold Paul Ingram of that group turned up on my doorstep to hand deliver a copy & so you get to read my thoughts even earlier than planned.

It has been the busiest year ever for the band as this is their second EP of 2019. You may remember my reviewing ‘Beauty Scarred' back in April (and this in turn spawned the really well received singles "Beauty of the Rain" (featuring Ellie Gowers) and the Izzie Derry featuring "Helter Skelter").

The essence of this intriguing band remains thankfully the same: emotional & musical honesty being channelled through excellent musicianship & melodic approaches which subtly subvert themselves in unsettling ways to illustrate the very grown up stories of the trials of adult relationships (always assuming I understand the lyrics which can be elliptic).

However the sound does evolve interestingly through their records. Their debut album, ‘Matters of the Heart' (reviewed in March 2018 in this magazine) had a prominent accordion throughout. ‘Beauty Scarred' was built upon the core of the King of the Alps, namely Simon Ward on bass & Paul Ingram on all other instruments & vocals and as noted, graced by guest vocals from two of the area's (nation's?) finest vocalists.

On ‘The Sun Will Rise Again' EP, Paul & Simon are joined by lead guitarist Glyn Finch & this new element of the sound really works well & offers new perspectives on the songs. Whereas the accordion tended to counterpoint the angst of the songs in a very effective manner, the edgy guitar parts on the new record enhance the senses of anxiety (a bit like they do in the work of Talking Heads?) inherent in songs which I imagine are driven by the concerns of Paul (although the material is credited to all three players, previous songs were all his & I assume the words remain his: he also produced the EP by the way).

The counterpoint now is Simon's pulsated bass which offers any sense of calmness in the songs.

I don't think I could call King of the Alps records "concept albums" (they are for starters without pretentions) but they all do have thematic natures: certainly with the two preceding releases you can understand the titles after hearing the songs. After a few plays, I'm inching towards some grasp of why this EP has this name. Arranged as a suite, the first track "Hell of the North" is presented as our "Intro" and the final "Hell of a Ride" as the "Outro", bookending the title track & "Put your Trust in Luck".

The "Intro" is in fact an instrumental & unusually for the band, owing a strong debt to the dubwise style, though with the afore mentioned edgy guitars.

I actually was lucky enough to hear "Put your Trust in Luck" earlier in the week & it's already wormed its way into my mind already. Archetypical King of the Alps, it has the hypnotic melodicism one finds in their oeuvre yet is structured in a slightly weird way with sudden twists & surprises & then the gentle mood is abruptly switched by the entry of squalling "Abbey Road" style lead guitar.

The title song on first listen reminded me of the sort of recitative delivery which Kevin Rowland often used but quite soon any Dexy's comparisons disappear as the track turns into the most overtly "rock" track I've ever heard from the band: heavy with a strong dose of optimism.

The "Outro" is another groover with again a dub approach utilising Simon's skills to the fore and Glyn's cool guitar lacing through the other elements. This time however we can enjoy some lyrics, though not many: it's more of a mantra. A hypnotically beautiful one at that.

In some ways King of the Alps are a connoisseur's band: relying on understatement, subtlety and you need to unpick the songs like a Fabergé egg to get the full benefit. However that said, they are masters of the melodic pop song too: the tracks can impact upon you at once & they are earworms for me....

Last night was another little milestone for me: my first pub-based gig for two years.
[3 images] END_OF_DOCUMENT_TOKEN_TO_BE_REPLACED

Regular readers will need no reminding of my admiration for that subtle and highly original band King of the Alps.
[1 image] END_OF_DOCUMENT_TOKEN_TO_BE_REPLACED

In one of those interesting serendipities which real life offers us occasionally, not twenty four hours after reviewing the debut solo single by King ...
[1 image] END_OF_DOCUMENT_TOKEN_TO_BE_REPLACED

It was only yesterday when Facebook reminded me that it was exactly twelve months since I had last see King of the Alps play live.
[1 image] END_OF_DOCUMENT_TOKEN_TO_BE_REPLACED

This is something of a record for me (pun intended): I am reviewing an EP which I have been enjoying for over four months & now it is on the brink of ...
[2 images] END_OF_DOCUMENT_TOKEN_TO_BE_REPLACED