Spandau Ballet Star To Play The Assembly In 2020!


Spandau Ballet Star To Play The Assembly In 2020! 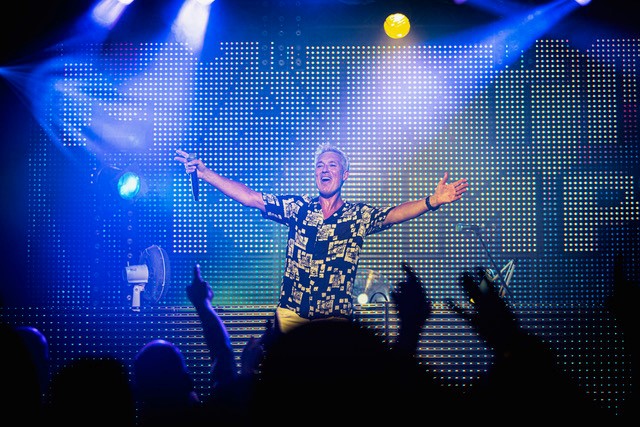 The one and only - MARTIN KEMP - is delighted to announce a new LEAMINGTON SPA date on his Back To The 80s Tour!

Following a string of rapturously-received shows around the country throughout 2019, the Spandau Ballet legend and TV heart-throb will be heading back to the Midlands in the not-too-distant future to spin all the best hits from a seminal pop era…

With tickets on sale now and expected to sell fast, lock in a date of Saturday 21st March 2020, and get ready to join Martin on an unforgettable journey: 'Back To The 80s'.

As the hitmaker behind ‘Gold', 'True' and countless other classics, it's safe to say Martin knows a thing-or-two about the crème de la crème of what was a truly trailblazing decade for pop music. Let him be your guide on a night that will transport you back to the era on a roller coaster ride through its finest pop picks.

Speaking about his current Back To The 80s tour, Martin says:
"It's amazing! People absolutely lose themselves, singing to every word, It's the most euphoric atmosphere I have ever been in, in my life!"

Alongside his famous role as bassist in the iconic new wave outfit Spandau Ballet who have sold millions of records worldwide, Martin is also a huge TV personality who has starred in the likes of The Krays & Eastenders and hit the headlines with his memorable appearance on Channel 4`s Celebrity Island With Bear Grylls last year,  plus as a guest star of Gary Barlow`s Let it Shine.

Fancy dress is encouraged, so dig out those leg warmers and join Martin as he trades his bass for the decks and spins the biggest and best hits from the 1980's. Expect an unstoppable singalong, all night long!

Martin Kemp - Back to the 80s
@ Leamington Spa Assembly Rooms

AMBER RUN have announced an acoustic live show ‘AMBER RUN UNPLUGGED' at The Assembly, Leamington Spa on 10th May 2022 TICKETS ARE ON SALE NOW ...
[1 image] END_OF_DOCUMENT_TOKEN_TO_BE_REPLACED

The lockdown has given me the opportunity to have a second look back over my favourite gigs/memories from the Assembly, along with a selection of my ...
[8 images] END_OF_DOCUMENT_TOKEN_TO_BE_REPLACED