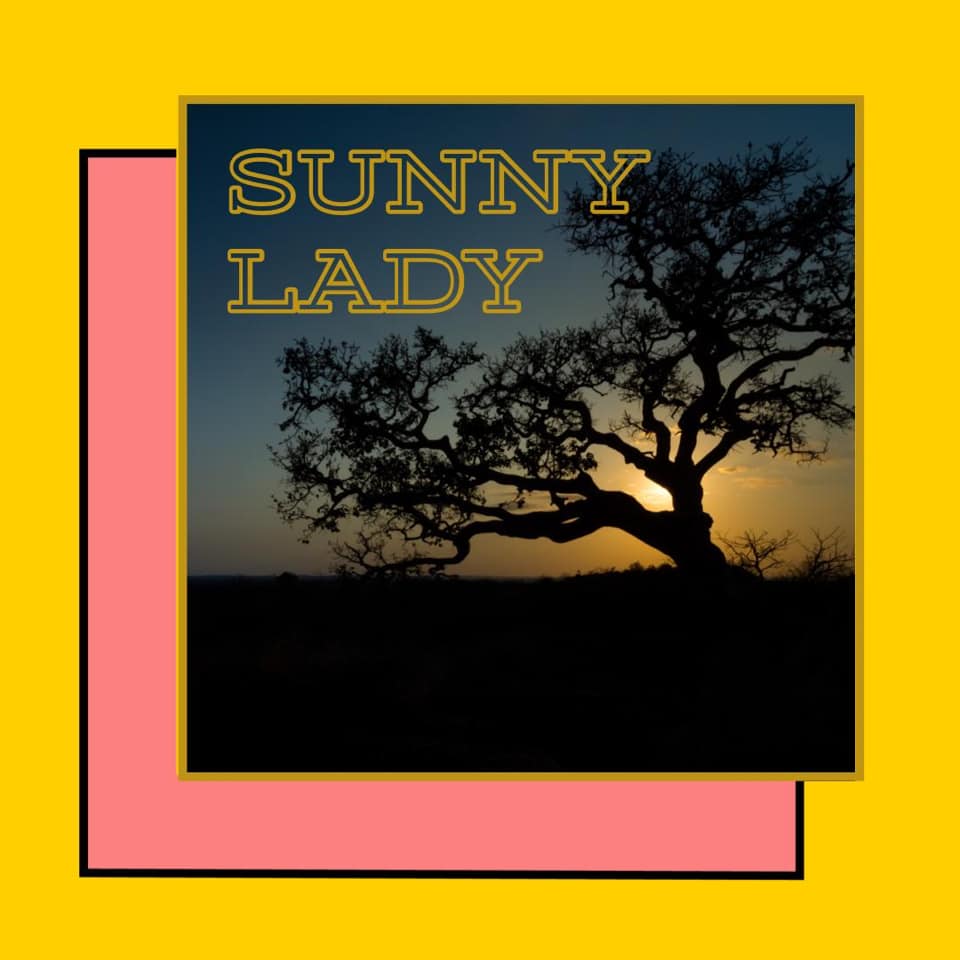 I think that I can safely say that I have not before reviewed a more eagerly anticipated debut single than "Sunny Lady" by Evergreen.

I've sang their praises as a live phenomenon several times already in "Hot Music Live" and have long awaited their recorded debut: and I'm hardly alone given the unprecedented levels of interest by local promoters & radio stations who have featured live performances & can now play this record. The list of their fans has been growing swiftly since their foundation less than a year ago.

The band, as my earlier reviews have stated, but I'll repeat for newcomers, comprises Rikki Hansel on guitar, harmonica and vocals, Tyron Hansel  on bass & vocals, Noah Dobbie on guitar, ukulele, mandolin and vocals & Erin O'Rourke who plays guitar & bass and is the fourth singer in their quadruple harmonies. They are joined on this 14 Records recording by drummer Jeremy Walker whose contribution, adding additional sounds on top of their already honed arrangement which in less skilful hands might be inappropriate & intrusive, instead beautifully complements what was already there.

So what can I say having built up such a level of expectation? No existing Evergreen fan will be unaware of this song as it is a highlight of their live work. Each member brings their unique writing style & compositions to the band: some songs clearly predate the band itself & in fact I have also heard Tyron & Rikki play "Sunny Lady" pre-Evergreen.

Over the past few months I have been urging/pestering them to record material to share their talent as widely as possible but they have been insistent (I applaud them for this) on spending time to get it right & capture the essence of the songs as well on record as they come across in live performance.

The wait & diligence has been worth it. From the very first bass notes, the song pulls you right in & it feels like Evergreen are playing a special gig just for you in your living room.

With musicians this good playing a song they know so well and with the love which characterises all they do, how can they go wrong? All the classic elements of their sound are there: tasteful, assured & compelling instrumentation, blissful harmonies and a skilfully crafted song. Just right for the end of summer, this song glows out of your speakers, evoking, as I have said before, the music of the late 60s/early 70s when a blues "revival" met the Californian vibe of bands like the Mamas & Papas: there is certainly evocation but this is not an exercise in nostalgia (let's face it none of them were born in that era) nor a retro facsimile: just four totally honest musicians doing what they want to do & wearing their influences openly on their sleeves.

Evergreen are setting tongues wagging on the local scene & are clearly off on a great journey. They waltzed "Godiva Calling" in the face of superb competition to grace the Main Stage & expect to see much more of them: if you haven't yet, please do. This record is an excellent calling card to promote their music to a wider audience & deserves to do really well: it's really catchy, it is beautifully made & best of all it hits you where it matters; in the heart. Full marks to Evergreen.

I understand that Evergreen are also working with Jeremy & 14 Records to produce an EP, so listen out for that too.

I flatter myself that some of you may remember my reviewing the Hansel Brothers in the past for "Hot Music Live" (most recently on February 10th).
[6 images] END_OF_DOCUMENT_TOKEN_TO_BE_REPLACED