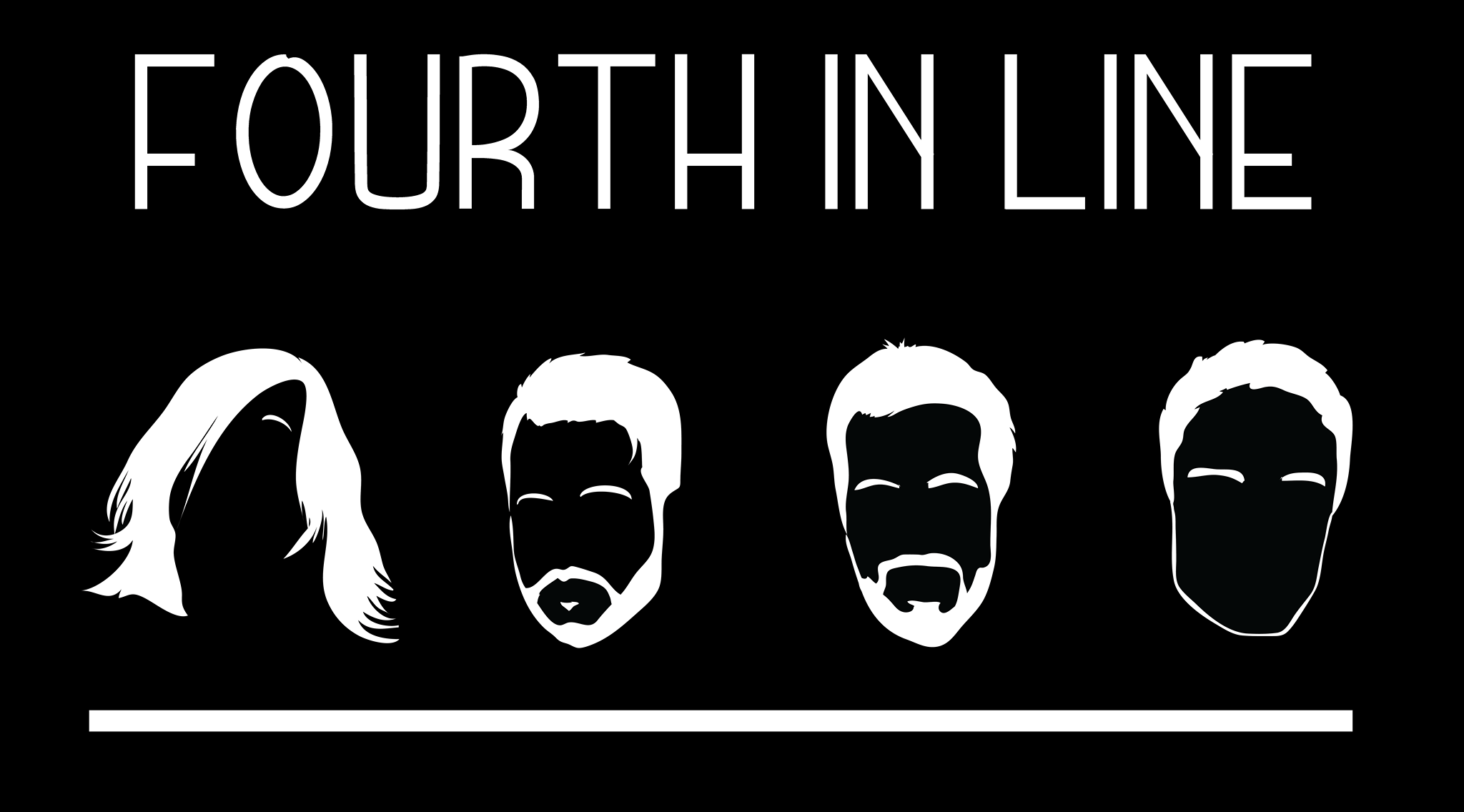 It is entirely possible that although this is their first review in the magazine, you may already be aware of Fourth in Line. They have been playing live around the area for some time now (including at the Godiva Festival & Jagfest) and you may in fact have seen them under their original name of  Lingua Franca. Lead vocalist & rhythm guitarist Louie Forde is a very popular & respected solo artist & has been so for a number of years,  with many live gigs under his belt & a long stay in the HillzFM local chart: in fact the band now currently sit at number one in it with "On The Run" from this, their debut & eponymous EP.

The EP kicks off in compelling style with the throbbing  "You and I". What first impressed me in fact was the production wherein Louie's fine vocals are crystal clear over the powerful backing: as is the excellent guitar solo which cuts in with stiletto brevity. In fact this aspect is another big plus of the whole set, no aspect outstays its welcome, being edited tightly for impact: no flab here.

If the first track was notable for its staccato nature, track two, the chart topping "On The Run" is a groove orientated one: again with excellent vocal mixing but this time the dominant instrument is the bass, loping around with a dub state of mind, collaborating well with incisive drumming.

Third up is "Off The Tracks" which is yet another approach: this time its dance I immediately think of. If every one of the songs sounds a sure fire live favourite, then this is the one which I think will get the floor heaving. Funkily sure footed the instruments all work together to create a mesh of riff-centred backing before once again breaking the song up with short, tasteful solo contributions.

All too soon the EP comes to an end (it's a pretty good tactic I think to leave us all panting for more) with "Disillusioned": perhaps the most "rock" styled of the quartet & yes they can really play rock. Although I am delighted that "On The Run" is top of the charts, it is this last track which positively screams "single" to me.

Setting their stall out with such a fine debut is much to the band's credit: can't wait to catch them live.