DODGING THE SHOWERS AT THE NAPTON FESTIVAL 2019 - SATURDAY


DODGING THE SHOWERS AT THE NAPTON FESTIVAL 2019 - SATURDAY 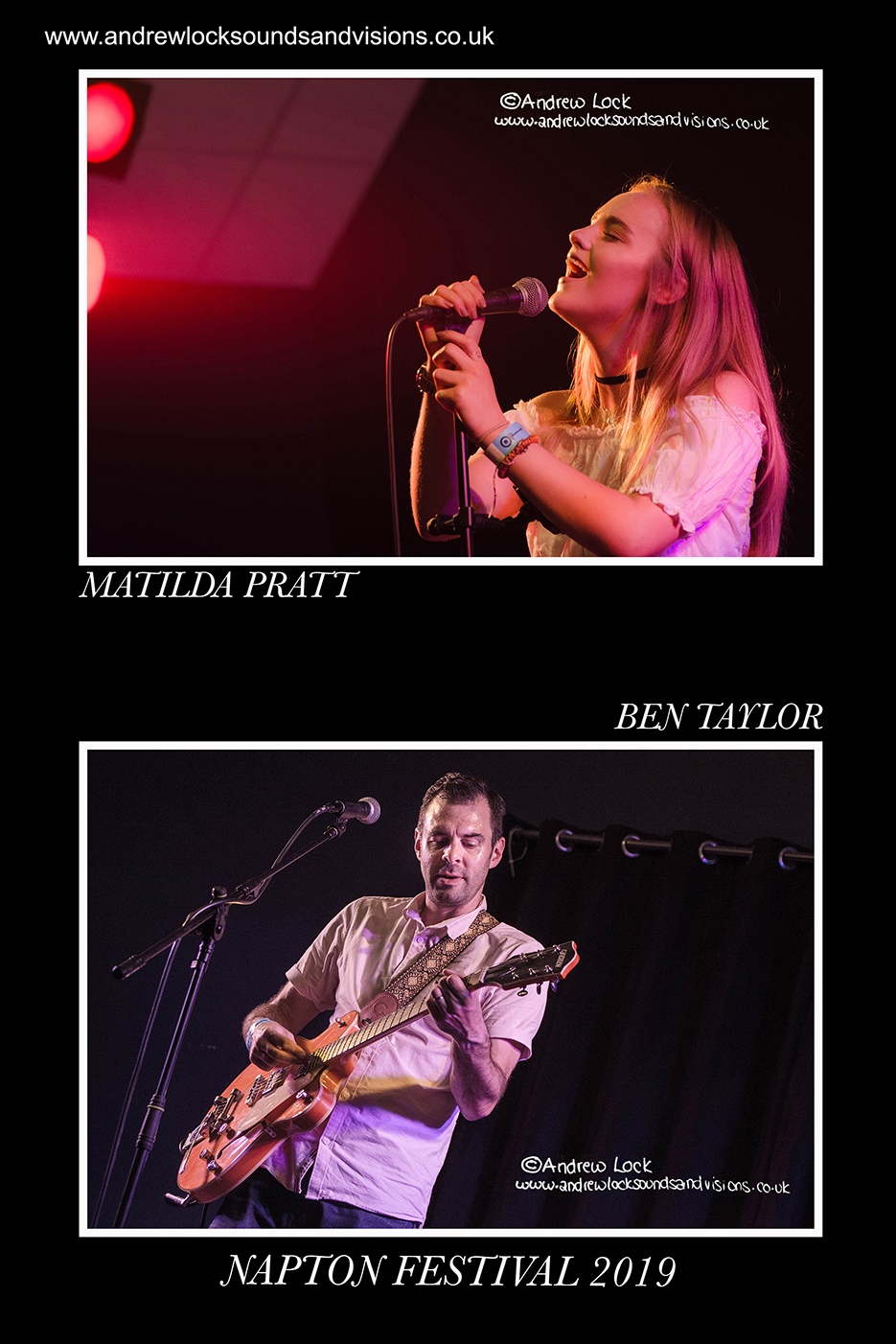 The showers meant plenty of time at the indoor Lounge Stage for me, no hardship as the line-up was quality from start to finish, opening with star in the making Maltilda Pratt these days so full of confidence and her set included a fabulous cover of Beatles classic ‘Come Together' and great to see a section of her set with a guest guitarist.
Also in action indoors Bob Philips gave us a trip through his Bob Dylan song book, a stunning performance as always by the Jo Ash Trio, with Jo herself such a talented lady with exceptional stage presence, a last minute stand in set by Ben Taylor vocalist/guitarist for Man Made Moon with originals along with a cracking version of ‘I Wanna Be Adored' by The Stone Roses and finally a chilled out set by "Clemency', particularly enjoyed their take on AC/DC classic ‘Back In Black'.
The main stage opened up with two youthful, full of energy performances by 'Easy Company' and ‘The Elements' followed by the impressive ‘Man Made Moon', and there was also a flute solo performed by Chloe Henderson during the afternoon.
‘The Session' charged out of their blocks like a rocket, have seen them a few times at this festival over the years but for me they had never sounded better or more fired up.
We had a bluegrass masterclass by the Folly Brothers who seem to have added a drummer to the line-up, Cydonia Knights give themselves a tough job being a Muse tribute but tracks such as ‘Uprising' and ‘Starlight' had the place rocking while the Jellyheads brought punk to the main stage storming straight into ‘Pretty Vacant' and even added a sax for a Ska section.

The colourful and bouncy Chaos delivered their usual fun filled set (huge balloons and all) full of nostalgia with the likes of ‘Video Killed The Radio Star' and a special festival request ‘Mr. Blue Sky'.
Which just left Abba Chique to roll back the years with their full on Abba tribute so the crowd could sing along and party to the likes of ‘Knowing Me Knowing You, and ‘Money, Money, Money'.
Another wonderful day at the Napton Festival despite a shower or two.

Only just over a week before Napton brings rock and roll (as well as just about every other musical genre!) to life in the grounds of the Napton ...
[8 images] END_OF_DOCUMENT_TOKEN_TO_BE_REPLACED

NAPTON FESTIVAL 2018 - ROCKING IN THE SUN

Hottest ever Napton Festival weather wise (in my years covering the festival anyway) and the music was just as hot this year with possibly the best ...
[12 images] END_OF_DOCUMENT_TOKEN_TO_BE_REPLACED