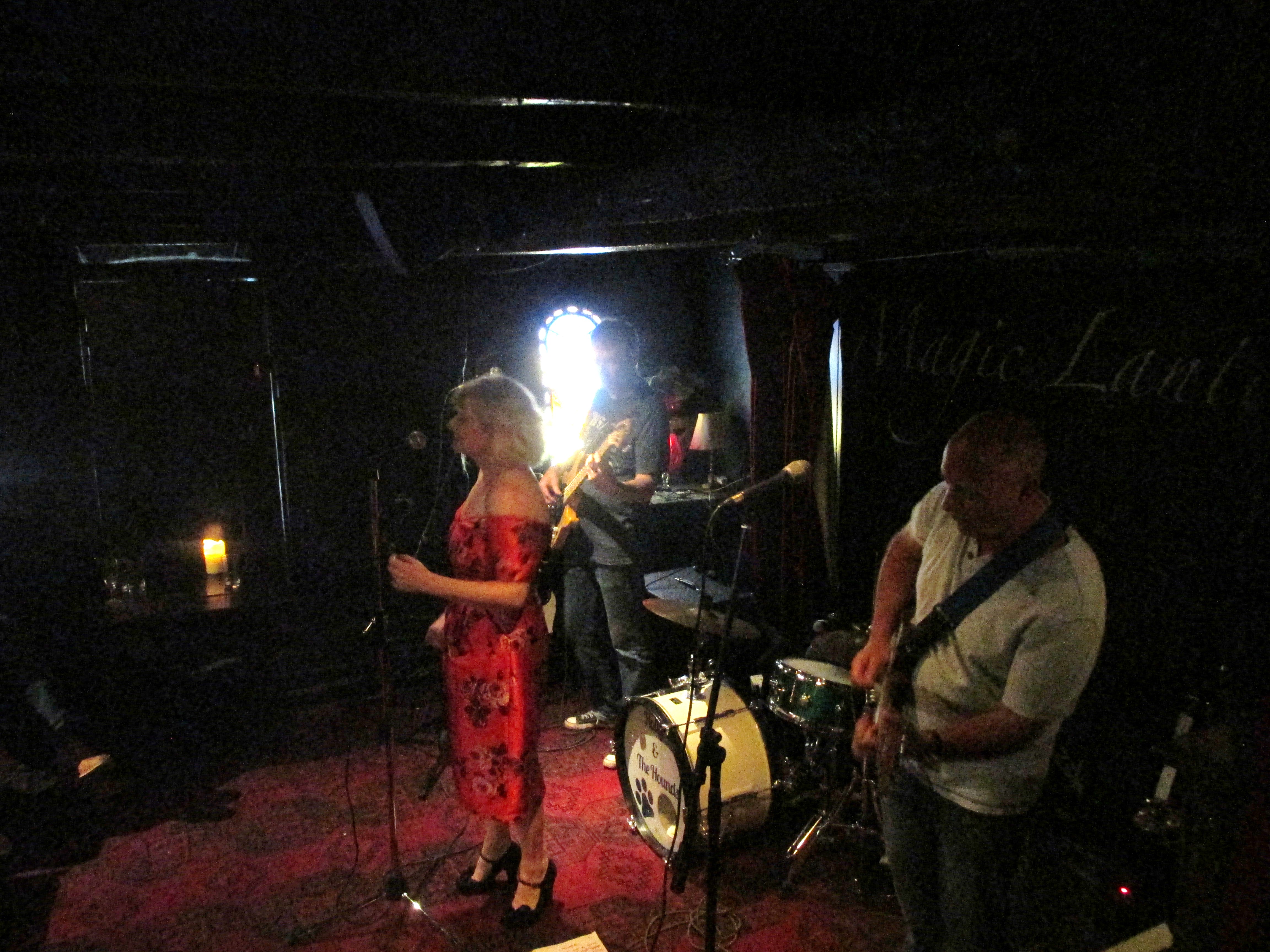 I have reviewed the consummate musicianship of Holly Hewitt & David Page for "Hot Music Live" on several occasions, though it isn't, I admit, particularly easy to see that, given that I have done so when they have played as "Gloria Sunset" and "Retroville" as well. In fact, my last review of them was under the latter name, at the same venue (the Magic Lantern at Temperance) and with the identical lineup, having added ace rhythm section Craig Rhind & John Webber from their "Hounds" project. Now, all four are going out consistently as "Holly & the Hounds" and all the many alternatives are dormant.

So what is new since January? Well the level of skill & ability to move an audience is still there if not even better: dancing in the Magic Lantern is rare due to floor space rather than audience reticence, but last night chairs & table were moved as people failed to resist.

The set is in theory moving towards a clear blues focus, but this is only part of the story to be honest: their definition of "blues" is a generous one & material which could just as easily be pigeonholed as swing, jazz, rock & roll, country rock etc lends excellent variety: there are even three Aretha Franklin numbers.

Most obvious is the move towards writing more of their own material: Holly's "Room for One More" (completed very recently) more than held its own against the classic covers,  nominally a twelve bar, it skilfully evaded all the conventions & clichés of delivery, indicating a new songwriting talent locally.

Perhaps less obvious, and maybe I speak as one who has seen them play frequently, is a sense of liberation I felt now they are a four piece: I spoke in January of one song catalysing their performance: last night I felt that higher level present all night: they are clearly enjoying playing so much & all four were on top form with many instances of playfulness not least in Holly's vocals but also magic moments such as David (using the fewest guitar pedals I've seen deployed in a long time) throwing an improvised snatch of "Wipeout" into the solo of "It Won't Be Long": a tiny instant which was so unexpected & brought a smile to the face.

Well here I am again, this time reviewing not one but two artists on whom I fear I may have already used up my supply of appropriate superlatives in ...
[3 images] END_OF_DOCUMENT_TOKEN_TO_BE_REPLACED