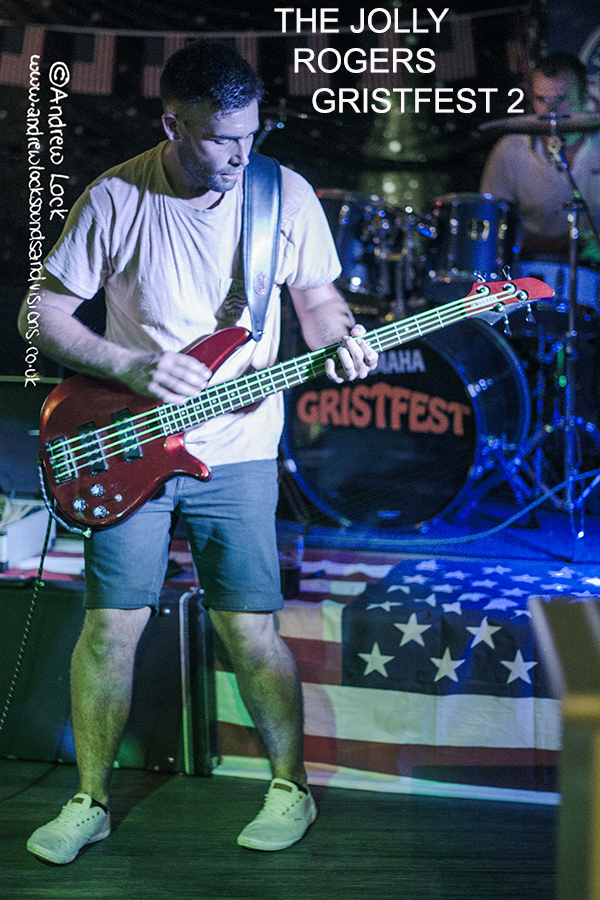 1 of 12
For the second time this year The Grist Mill in Leamington Spa played host to a weekend-long live music charity event and despite the weather meaning more of the action took place inside the pub rather than in the carpark area as hoped it was another great success.Gristfest 2 had the aim of raising money for two charities Myton Hospice and The Rest Stop and once again the wonderful local musical talent answered the call to arms of Peter Drew and Clive Brooks.I made two visits early doors on both Sat and Sunday, on Sat catching sets by Estelle and a separate set by her two daughters followed by an appearance by Peter Drew on drums with James & Friends (who impressed me with the Buddy Holly covers) and rock covers band Lucky Dog the latter with some good harmonica work curtesy of the frontman.Also on Sat really enjoyed the chilled out jazzy/soulful set by Kate & the Mooncats, my first look at strong singer/songwriter Matty Coles and finally one of my favourite local artists Taylor Louise who at this show performed with her band.Sunday I was back again, had always planned my Sunday visit around two bands The Jolly Rogers and Red Root Revival two very different rock outfits who both rock my boat.Sadly Red Root had to cancel but The Jolly Rogers one of my top bands at this years Napton Festival did it again with a stonking collection of choice, classic rock cuts by the likes of Thin Lizzy, AC/DC and many more really well played with plenty of power and energy.Also on the Sunday a few acts did manage to perform outside and caught sets by well known local singer/songwriter (who does a lot of work for the local music scene) Shanade Morrow and a cracking blues set by Chris Gibbons which included a surprise last minute appearance by Mr Drew on the sticks.As a bonus there was also a short set by singer/song writer Ian Bourne who showed up on the day and his set included a clever number taking the side of Zombies.Hopefully a good amount was raised for the charities and hats off to all involved for another weekend of live music all for great causes.

If you missed the amazing Gristfest back in April never fear, drummer and festival promoter Peter Drew and The Grist Mill Landlord Clive Brooks have ...
[1 image] END_OF_DOCUMENT_TOKEN_TO_BE_REPLACED