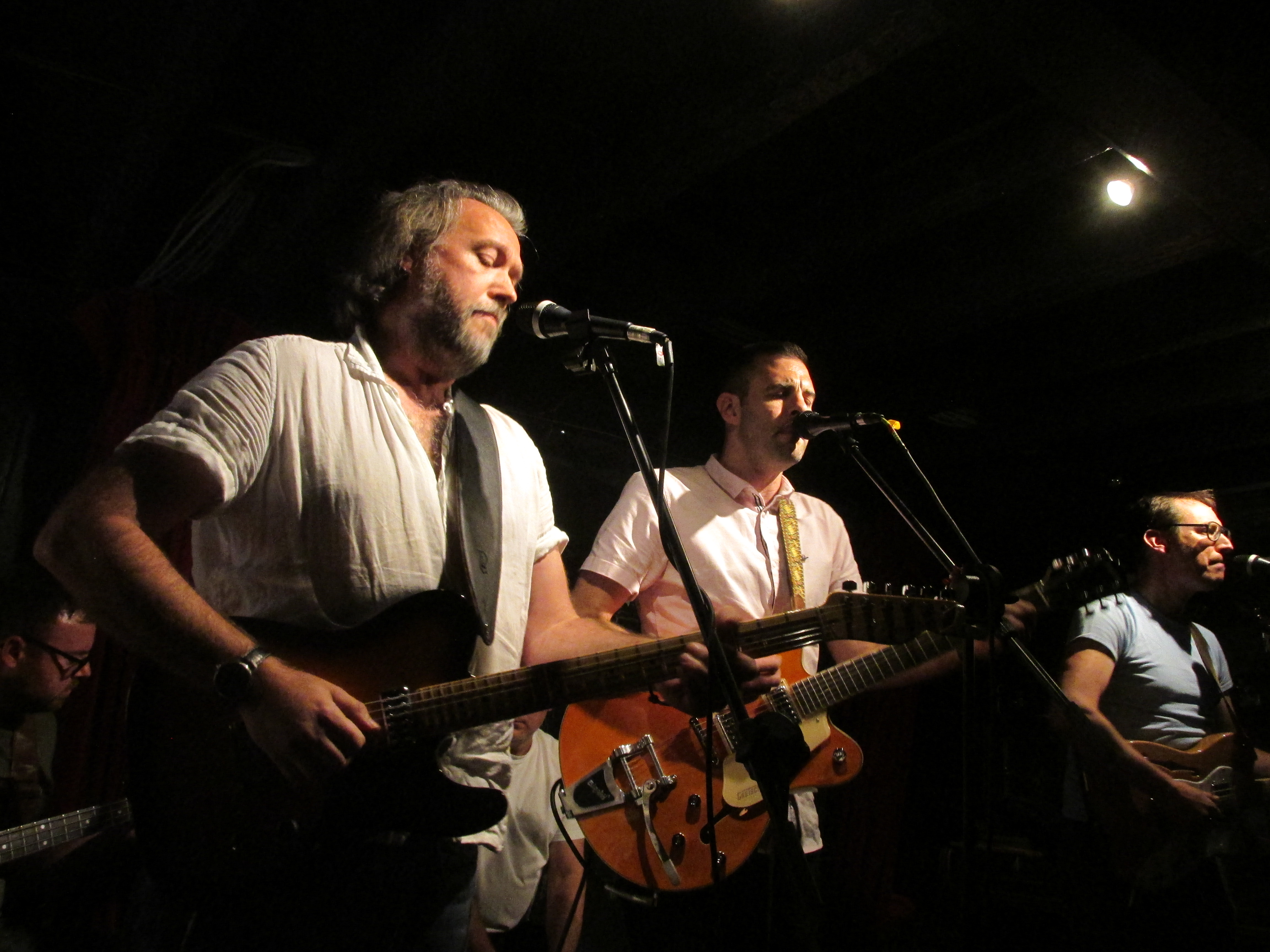 Here I go again: another evening spent in the company of really talented musicians who not only perform in a way that touches my soul but objectively demonstrate unique voices on stage & in what they write. We are truly living in a really great period for people producing such a stunning range of music, yet each one being true to themselves: and believe me I have heard plenty of material which doesn't fit in that box over the years.

You'll remember (I hope) my rhapsodising a few weeks ago over Evergreen, a comparatively recently formed band whose ascent is proving extremely rapid: since I reviewed them they have been selected to play the Main Stage at the Godiva Festival ahead of many much longer existing & frankly really good bands: check them out on the Saturday afternoon: I know I shall.

I said in that review how Evergreen comprised four great performers & writers: tonight the gig featured one of them, Noah Dobbie (she played guitar & ukulele with the group, tonight she accompanied herself on guitar apart from the final duet with Evergreen colleague Rikki Hansel).

I would not be surprised if reviews of Noah's gigs focused on her performance: and why not? She is a compelling & charismatic presence who drew a really enthusiastic response from the full venue. She has an excellent vocal range but the contralto end is special & what will probably get most mentions, as does her interesting delivery style & way of interpreting songs. However I think it is really important not to understate what a great writer she is too. Playing a set of her own compositions (including "Twenty" which she plays also with Evergreen), I found it impossible to identify any obvious comparisons to help readers understand quite what I heard. So you'll just have to go and see her live and form your own opinion. They certainly are very strong songs, highly idiosyncratic & occasionally a bit strange, albeit clearly within the bounds of classic songwriting. Whereas Evergreen as a band draw a lot from late 60s early 70s folk rock & blues, Noah sits within that framework to a certain extent, but far from entirely. Whatever her personal influences & inspirations are, she has channelled them into something entirely her own.

You can learn more about Noah at

and her work with Evergreen at

You can catch her as part of Evergreen at the Godiva Festival on July 6th, the following day at the Stratford River Festival & on August 17th back at Temperance

I have reviewed headliners Man Made Moon's records in "Hot Music Live" in the past (current single "Weightless" in April and their "The Tourist" EP in January). I enjoyed both very much but catching them live is a subtly different experience. I found it hard to define why (and I discussed it with the whole band afterwards), but they did inject some form of extra magic in the performance, whether it was an element of "edge" or just the passion of playing songs they clearly had spent so long crafting.

What is disappointing is what a rare treat a Man Made Moon gig actually is. I mentioned in my previous reviews how well regarded they are (no band has spent longer on the HillzFM local charts) and believe me they are a stunning & captivating live act. Members do have other commitments including with other bands, but I would urge them to play more with the same emphasis as I'd recommend that you see them. They really are one of the best local live acts as well as producing excellent records.

Each track obviously has had a lot of time spent on crafting the detail as well as ensuring each is also a really strong song, memorable & impacting on the listener. With three guitarists, there is capacity of at least one each time to be processed (one sounded like an accordion at times: or a harmonica. Or both) and a laptop provided further elements such as an organ part. However this decidedly was not prog rock: the complexity of arrangements served the beauty of the songs rather than showing off musicianship.

The band, namely Ben Taylor (vocals & rhythm guitar), Colin Bean (who played superb cajon rather than his usual drums due to the venue), Nick Mew (guitar), Ian Black (lead guitar) and Gary Ryan (bass) were joined on backing vocals by Lucy Stanton  for the performance of "Weightless" & created a wonderful atmosphere in the space. The sound was pristine and although their trademark ethereal aspects were in evidence, a harder rock edge emerged from time to time, not least on new song "Rain" which  featured some scintillating guitar soloing. As with Noah, I found it hard to pin any direct comparisons down: looking back at my earlier reviews, I see I tentatively suggested Neil Young, John Lennon (they actually covered "Dear Prudence" as one of two covers along with a solo "Hallelujah" by Ben), Tom Petty, Barenaked Ladies & Pink Floyd as crutches for my attempts to describe them & I stand by all of these after the live experience, yet ultimately, their presumably myriad influences inform their music subtly & like their support act, merely form the background to their own unique style.

You can catch Man Made Moon at Napton Festival on July 6th, and the following day at Stratford River Festival. On July 19th they play Warwick Beer, Cider & Music Festival & on September 6th they return to Temperance to support The Bluetones' Mark Morriss.

I'm really pleased today to be able to review the brand new single from Man Made Moon called  "Where The Stars Fall": my first since ...
[1 image] END_OF_DOCUMENT_TOKEN_TO_BE_REPLACED

Isn't the artwork for the new Man Made Moon single "Weightless" great?  You'll be pleased to hear that the musical content rises to the ...
[1 image] END_OF_DOCUMENT_TOKEN_TO_BE_REPLACED

One particular joy in writing reviews for "Hot Music Live" is that it almost certainly introduces me to artists unknown to me at a swifter rate ...
[1 image] END_OF_DOCUMENT_TOKEN_TO_BE_REPLACED

Well here I am again, this time reviewing not one but two artists on whom I fear I may have already used up my supply of appropriate superlatives in ...
[3 images] END_OF_DOCUMENT_TOKEN_TO_BE_REPLACED