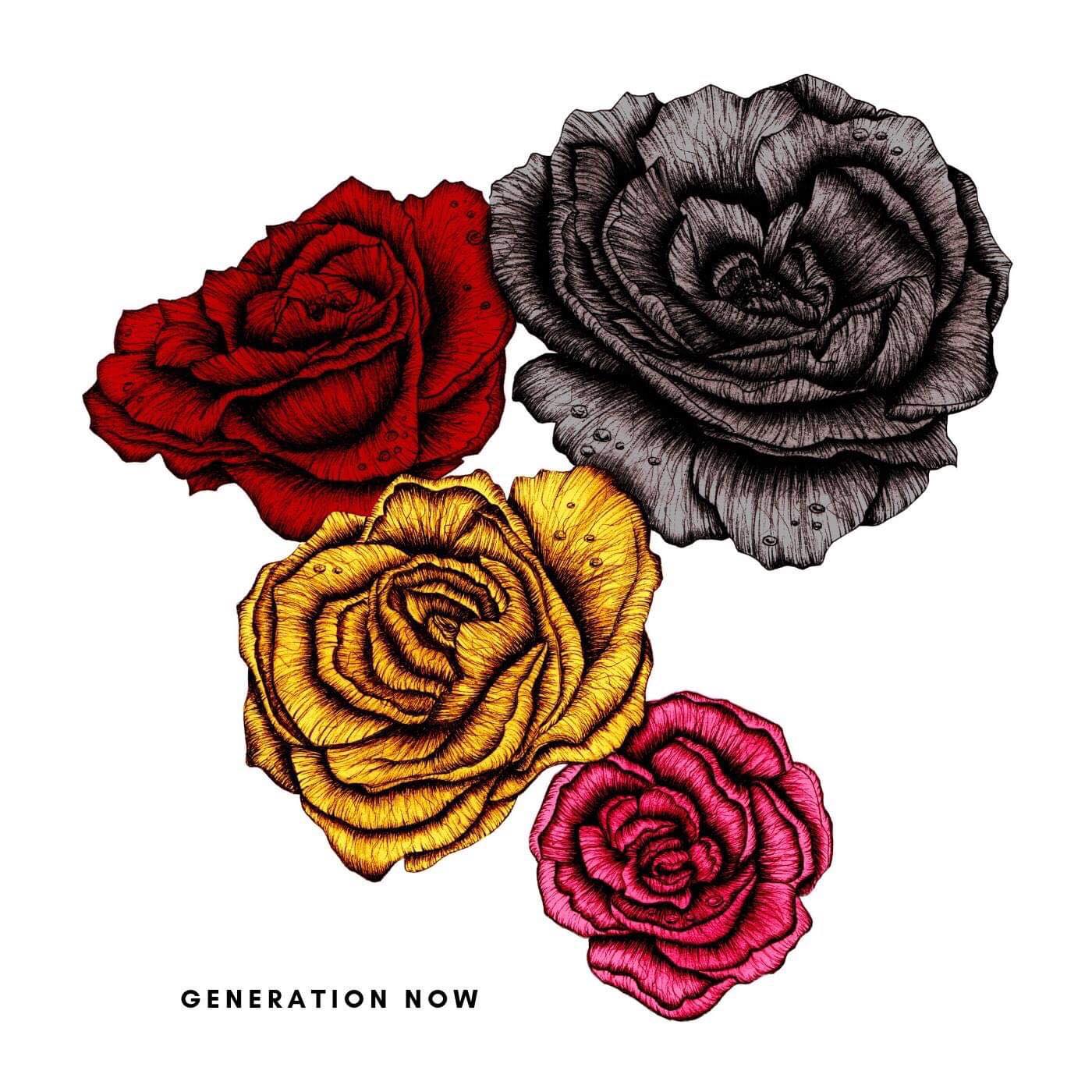 Possibly when it is one of those quite rare songwriting approaches where the composer deliberately chooses a musical setting which is seemingly at odds with the lyrical content.  A less often used approach which if handled well can accentuate the power of the words through the tension generated. John Lennon was great at this & Elvis Costello took it to new heights.  Now we have an exponent of the technique in our midst

To be precise, Taylor-Louise is releasing the latest single from her EP ‘Black Heart', namely "Generation Now", which she recorded last February in London.

Out of respect for her eloquence in stating her own emotions, I think I'll start with her description of the song, being

"....one of my most personal, hard hitting and vulnerable songs written. It focuses on my journey and a few battles I'd faced along my way, and the effects it had on my wellbeing. However, I realised the benefits of giving this song to you: I want this track to connect with as many people who feel or have ever felt that they're 'not enough'."

I heard most of the EP back in February at Taylor-Louise's outstanding gig at the Magic Lantern & was struck then (as my review hopefully makes clear) with the power of her current writing & the developmental arc she is on. I thought people would be knocked out with the new material but not sure I'd have predicted this song to be the second (after  "Blessed With A Curse" which was also reviewed in "Hot Music Live") to be released in its own right. ALL her songs are pretty much descriptive of Taylor-Louise's inner journey in some way, but as she herself says, this one is lyrically one of the most stark by any measure. It must have been a very interesting process to decide to do so ahead of some of the other contenders.

Which brings me back to my opening thoughts. The words are strong stuff indeed: please listen to them carefully out of respect to the writer, her skills & her life challenges. She does not mince words and possibly the hip hop type vocal delivery was selected to emphasise the emotional polemic. However, the music is most attractive, creating the tension I spoke of.  The melody is staccato & harsh during the raw passages of the verses where Taylor-Louise sings of her ordeals yet soars  in the contrasting sections which express optimism for the future: a very well chosen arrangement.  I think it is also important to state that although the song is written from the experiences of one individual, her aim is a lesson for us all: again a hallmark of classic songwriting when the specific is applied to the universal.  She was badly hurt in the past by bullying but has come through it & is stronger by the process of overcoming the challenges & would like you to learn from her experiences so you can be too.

In keeping with Taylor-Louise's philosophy & desire to do something about issues rather than just comment upon them, on 28th of April she performed at Millennium Balti's Gala event raising awareness for the  anti-bullying charity ‘This Is Me'. You can catch her  live too on May 11th (Old Leamingtonians RFC), June 1st (the Old Tramway, Stratford), June 6th (the Fat Pug, Leamington), June 22nd (Kineton Music Festival in, you guessed it, Kineton), June 28th (Temperance in Leamington), July 5th (the Lamplighter, Stratford)

I'd like to pay tribute to the special sleeve design by Ayse Herring of Wildflower Design too.

I enjoyed listening to "Generation Now" & think you will too. More than that though, I respect & admire it. I think I'll finish with another quotation from its creator: "The most important lesson I've learned recently is self-love, don't let anybody else validate your life!"

It's been quite a while since I had the pleasure of reviewing a Taylor-Louise release: in fact it was about eighteen months ago when the title ...
[1 image] END_OF_DOCUMENT_TOKEN_TO_BE_REPLACED

What a fiesta of an evening on Friday at St Patrick's Club in Leamington.
[3 images] END_OF_DOCUMENT_TOKEN_TO_BE_REPLACED

If you are counting, you'll have spotted that the new single "Gone" is the third single to be released from Taylor-Louise's stunning "Black ...
[1 image] END_OF_DOCUMENT_TOKEN_TO_BE_REPLACED

I don't usually review artists' websites (in fact I don't think I ever have before?) but why not? They are a crucial method of keeping ...
[1 image] END_OF_DOCUMENT_TOKEN_TO_BE_REPLACED