"Weightless" by Man Made Moon 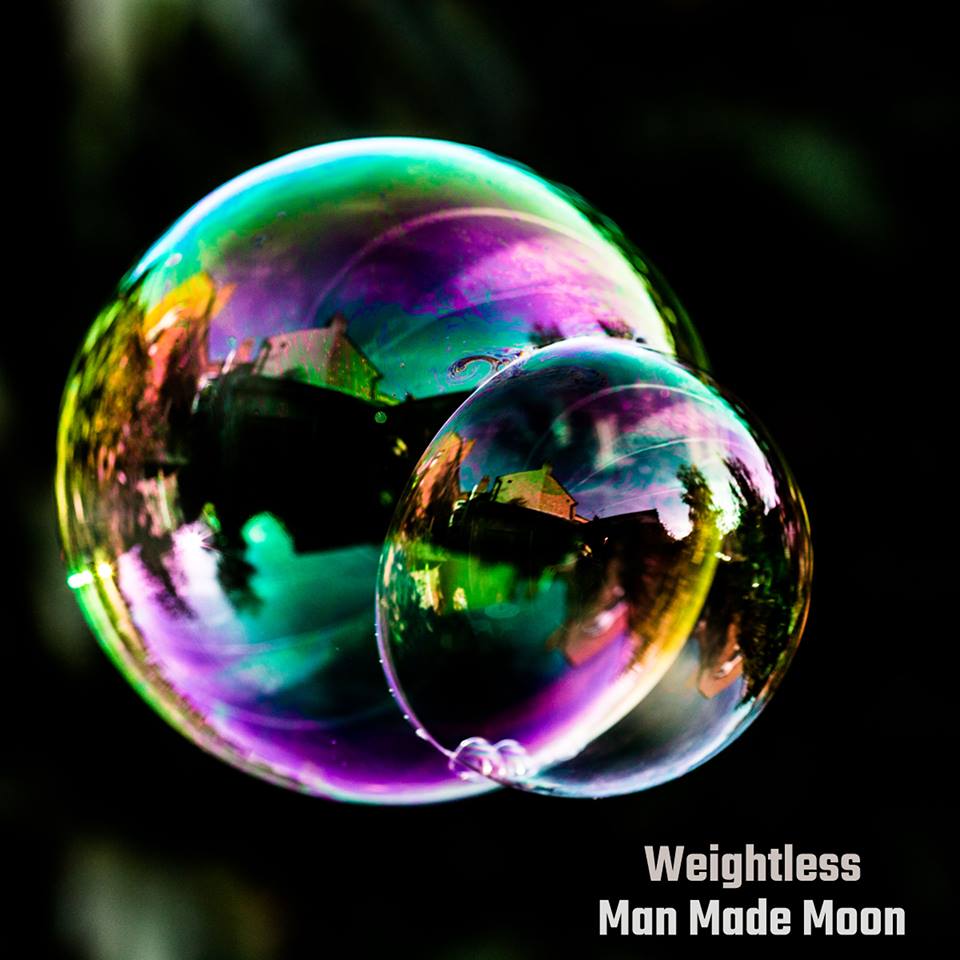 Isn't the artwork for the new Man Made Moon single "Weightless" great?  You'll be pleased to hear that the musical content rises to the challenge. To be released on 5th May, to mark the 58th anniversary of Alan Shepard of becoming the first American & second human into space, "Weightless" is also the trailblazer for the upcoming 'Daylight Ghosts' EP, their second.

On this beautiful & gentle track, which I imagine looks to evoke the sensations of floating in space with the view of earth beneath the singer, Ben Taylor (vocals & rhythm guitar), Colin Bean (drums & percussion), Nick Mew (guitar), Ian Black (lead guitar) and Gary Ryan (bass) with backing vocals by Lucy Stanton  are at their most ethereal.

Although the song may evoke such images, it is because they are used metaphorically: the song is a love song & a really effective one. The quietness leaves little space to hide inadequacies of singing nor playing, so it is good to announce that there are none of these. It's a most tasteful use of the "less is more" school of writing & arranging and as I commented when reviewing their EP "The Tourist", when you have multiple members, it must be tempting to use them all the time on a song & says much of their service to the integrity of songs such as "Weightless" that for long periods players offer silence rather notes to the arrangement.

You can catch Man Made Moon live at Temperance on June 14th (where the intimate space will really enhance songs like this), at Stratford River Festival on July 6th & on September 6th they'll be back at Temperance supporting Mark Morriss of the Bluetones.

I'm really pleased today to be able to review the brand new single from Man Made Moon called  "Where The Stars Fall": my first since ...
[1 image] END_OF_DOCUMENT_TOKEN_TO_BE_REPLACED

Here I go again: another evening spent in the company of really talented musicians who not only perform in a way that touches my soul but objectively ...
[2 images] END_OF_DOCUMENT_TOKEN_TO_BE_REPLACED

One particular joy in writing reviews for "Hot Music Live" is that it almost certainly introduces me to artists unknown to me at a swifter rate ...
[1 image] END_OF_DOCUMENT_TOKEN_TO_BE_REPLACED