Naomi Beth at the Magic Lantern


Naomi Beth at the Magic Lantern 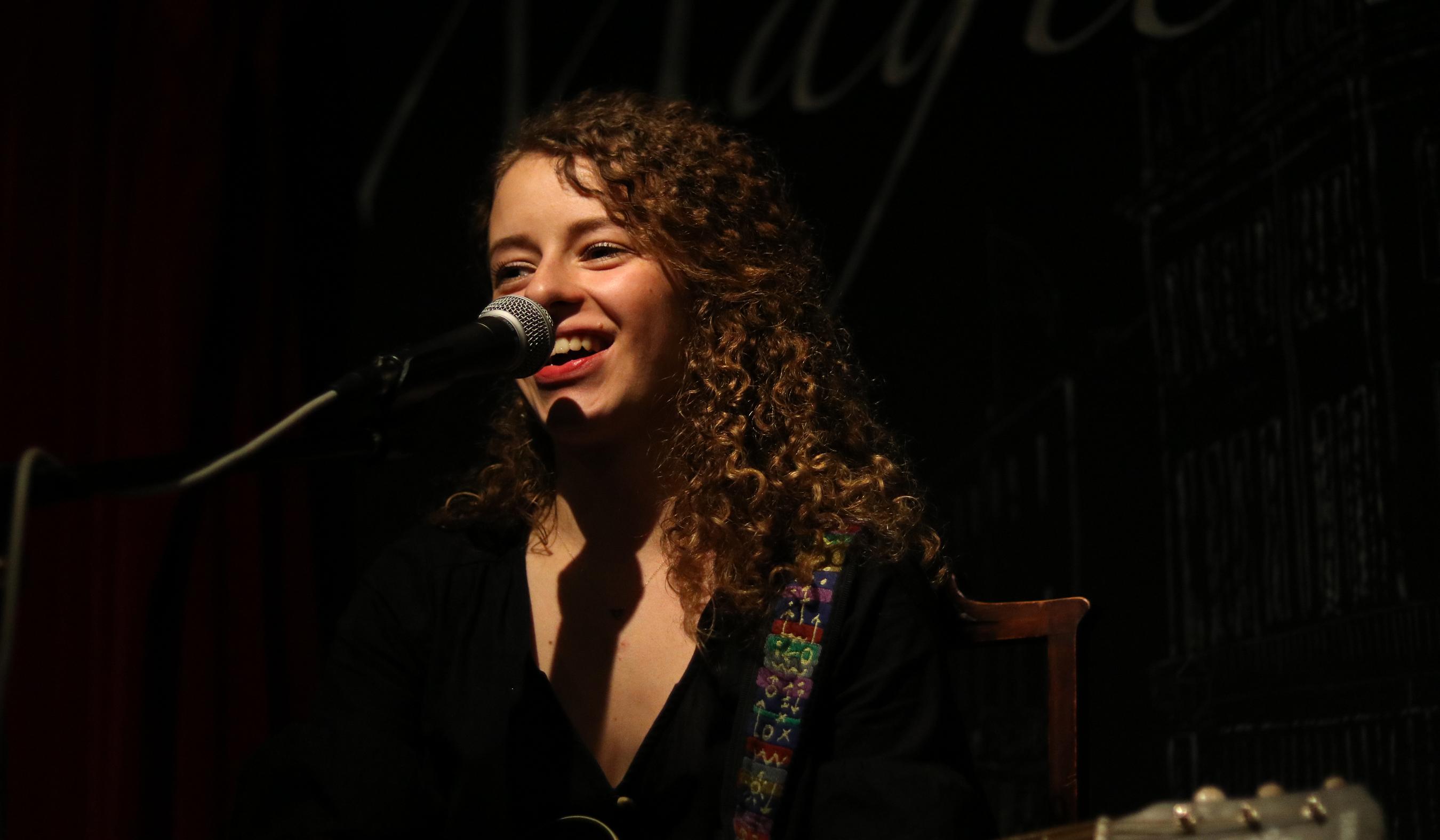 This gig was, for me & I know many others (the venue was packed), including the star, an eagerly anticipated one.

Ever since I first saw Naomi Beth perform as support for Taylor-Louise at this venue in February, it was abundantly clear that this was a special talent emerging in our midst (the audience that night certainly thought so) & it was great that she was able to return so soon to headline her first major gig.

As noted in my February review, she started that night expressing trepidation & grew enormously over the course of only a few minutes: soaring in fact. Last night again she expressed initial nerves & again she transcended them at once. In fact it was an astounding feat especially given the context of her career. Naomi Beth completely owned the space, the audience & concert. She had two "support" acts: local star Taylor-Louise & her friend from studying in Barcelona, Isabel Horner: however neither performed solo sets: each dueted with Naomi Beth (to excellent effect), so she sang every single number in the whole gig. Now how may performers of considerably greater live performance experience carry that off?

Naturally this meant that her voice was in great form with exquisite melodic singing again accompanied by her own effective guitar playing, with, as noted in February, the former given (rightly so) precedence and even the odd a cappella passage. This was an excellent opportunity too for her to display her full range of original material (plus some delightfully arranged covers) beyond the limited number she had time for in her earlier appearance & encompassing more than the tracks on her "Parallel Lines" EP which was reviewed in this magazine (it was good how she gave such detailed credit to her producer, David John of Stone Bear Records and of course "Hot Music Live Presents")

Between songs Naomi Beth gave us equally detailed descriptions of the genesis of each original song (another aspect of her rapport with the audience) and this was a good reminder of the very many layers of Naomi Beth beyond her music.  She is passionately interested in mental health issues & their interrelation with music and the other arts (in fact check Naomi Beth out on Abbey Radio from 12-2 on a Friday where she has started (co)hosting a show on mental well being & music etc: you'll find it fascinating & perhaps helpful. I do) and this very firmly informs her writing. The beauty of the songs, the beauty of their performance & the meaning within them, amplified by the intimate space, is capable of having a transformative effect on one's mood & mindset. I can testify to that.

This is an artist on a swiftly moving upwards trajectory. Bearing in mind her many other interests & talents including dance & poetry, her broadcasting commitments and everything else, I hope she can fit in many more gigs like this & that if you haven't yet experienced one, that you may. I know I certainly intend to.

After the success of my recent features on Ian Todd & Chloë Boehm, here is another one I think you'll find interesting & I think topical.
[2 images] END_OF_DOCUMENT_TOKEN_TO_BE_REPLACED

I suppose that a very traditional & perhaps sometimes overlooked route to discovering new favourite music is by going to see an artist you admire & ...
[2 images] END_OF_DOCUMENT_TOKEN_TO_BE_REPLACED

Well here I am again, this time reviewing not one but two artists on whom I fear I may have already used up my supply of appropriate superlatives in ...
[3 images] END_OF_DOCUMENT_TOKEN_TO_BE_REPLACED