‘Respect to Aretha' at the Belgrade Theatre 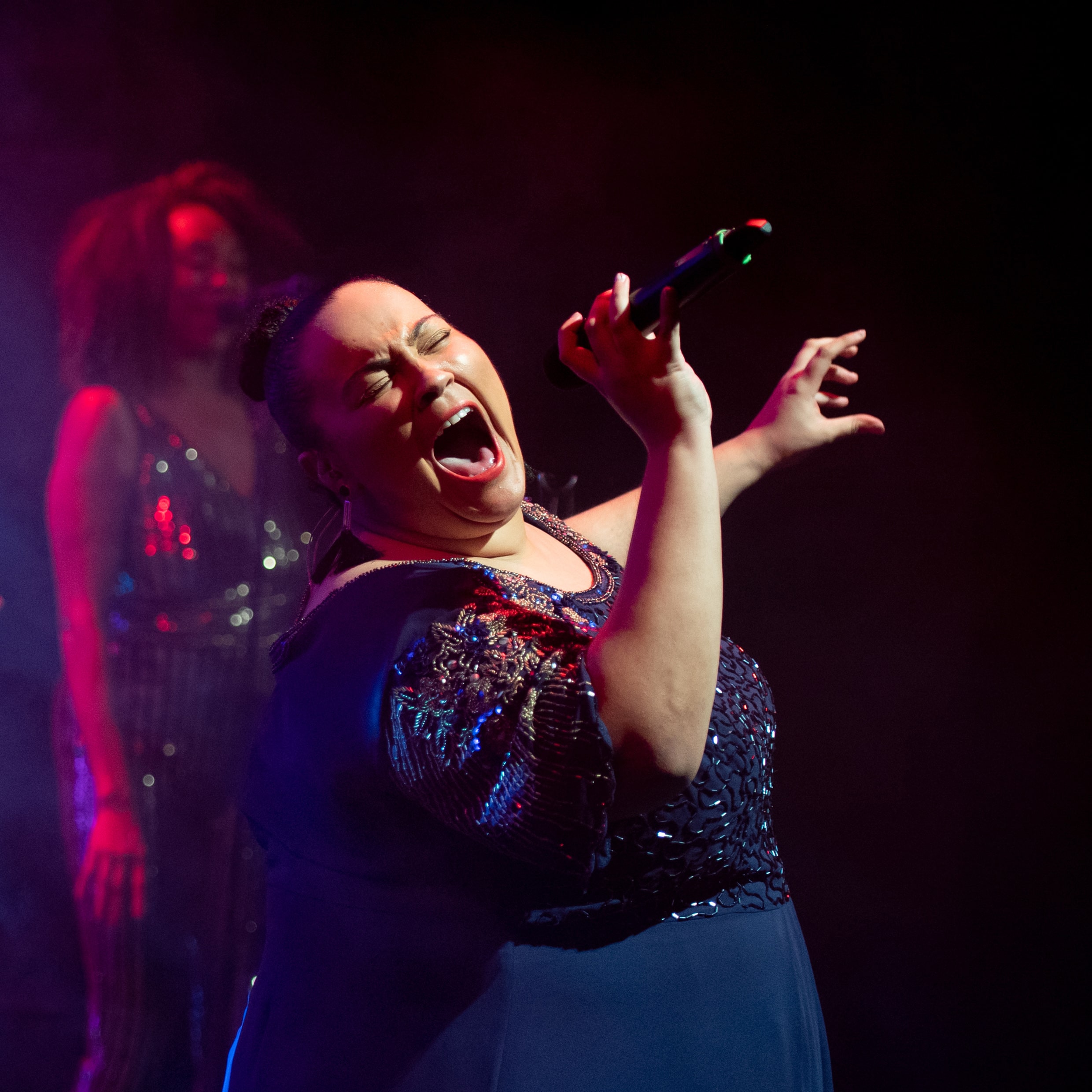 I am indebted to Heather Kincaid of the Belgrade Theatre for her heads-up on the news that local singer Letitia George (who previously appeared on The Voice and now presents BBC Coventry and Warwickshire's ‘The C Word' which explores the issues affecting the region's young people.) is performing a tribute to Aretha Franklin at the award winning theatre  next month for one night only on Saturday 4 May.

Letitia, as many of you will know,  is a soul singer from Coventry. She began singing from a young age in a gospel choir and studied musical theatre for many years. She rose to the starlight when she appeared on series 4 of The Voice UK in 2015, afterwards embarking on a music career with her live band and is now performing up and down the country, and around Europe expanding her experience.

There are few singers who could hope to do justice to the astonishing voice and energy of a talent like Aretha Franklin, but the people of Coventry & Warwickshire are lucky enough to count one of them amongst their number.

Ahead of the show, lifelong Aretha fan Letitia talked  a bit about what to expect.

How do you prepare for your performances?

"There's so much involved in building a show like this. Firstly, I have had to train myself vocally. Aretha had a very big range, and although I do as well, I have had to work on extending the top end of my voice. I'm not just doing a tribute to any old star – this is the Queen of Soul and I want to get it right. It's pressure but it's going to be worth it.

In terms of putting on the show, I want it to be so aesthetically pleasing to people. I don't want it to be the band and myself just singing through the songs. We want to put on a show and really give the audience something to shout about. Getting the audience involved is very important to me!"

What can the audience expect from ‘Respect to Aretha'?

"I perform as myself. My tribute to Aretha is very much that. Nobody can do Aretha like she could. Some part of me thinks I'm crazy to try but I just want people to come to the show and feel like they leave with a little part of her. Although I perform each song as Aretha, I'm not trying to be Aretha Franklin. I just want to do her proud.

If you're coming to the show expecting to see someone who looks, sounds and acts like Aretha Franklin, you're not going find it. In fact, you won't find that anywhere. But if you want to come to a show that celebrates the life of Aretha and helps you get a little taste of the love and passion she had for music, then look no further. We want to tell you a story, share with you as fans ourselves, and indulge in who is most simply, one of the greatest artists to ever walk this earth. If you're looking for some real honest heart and soul performances to pay respect to a queen then ‘Respect to Aretha' is the show for you."

What is your favourite song that you perform?

"Natural Woman" is my all-time favourite Aretha song. It just touches my soul.

‘Respect to Aretha' is presented by Sweeney Entertainments and comes to the Belgrade Theatre on Saturday 4 May. Tickets are available to book now at http://www.belgrade.co.uk/

A powerful and engaging performance from Letitia George at Leamington Pride.
[1 image] END_OF_DOCUMENT_TOKEN_TO_BE_REPLACED

With 2019 marking his 85th birthday, singing star Vince Hill will be heading home to Coventry next month to perform a special farewell concert at the ...
[1 image] END_OF_DOCUMENT_TOKEN_TO_BE_REPLACED

(Musical) plays constructed from a selection of songs not originally written to tell a coherent narrative have a very chequered history.
[4 images] END_OF_DOCUMENT_TOKEN_TO_BE_REPLACED