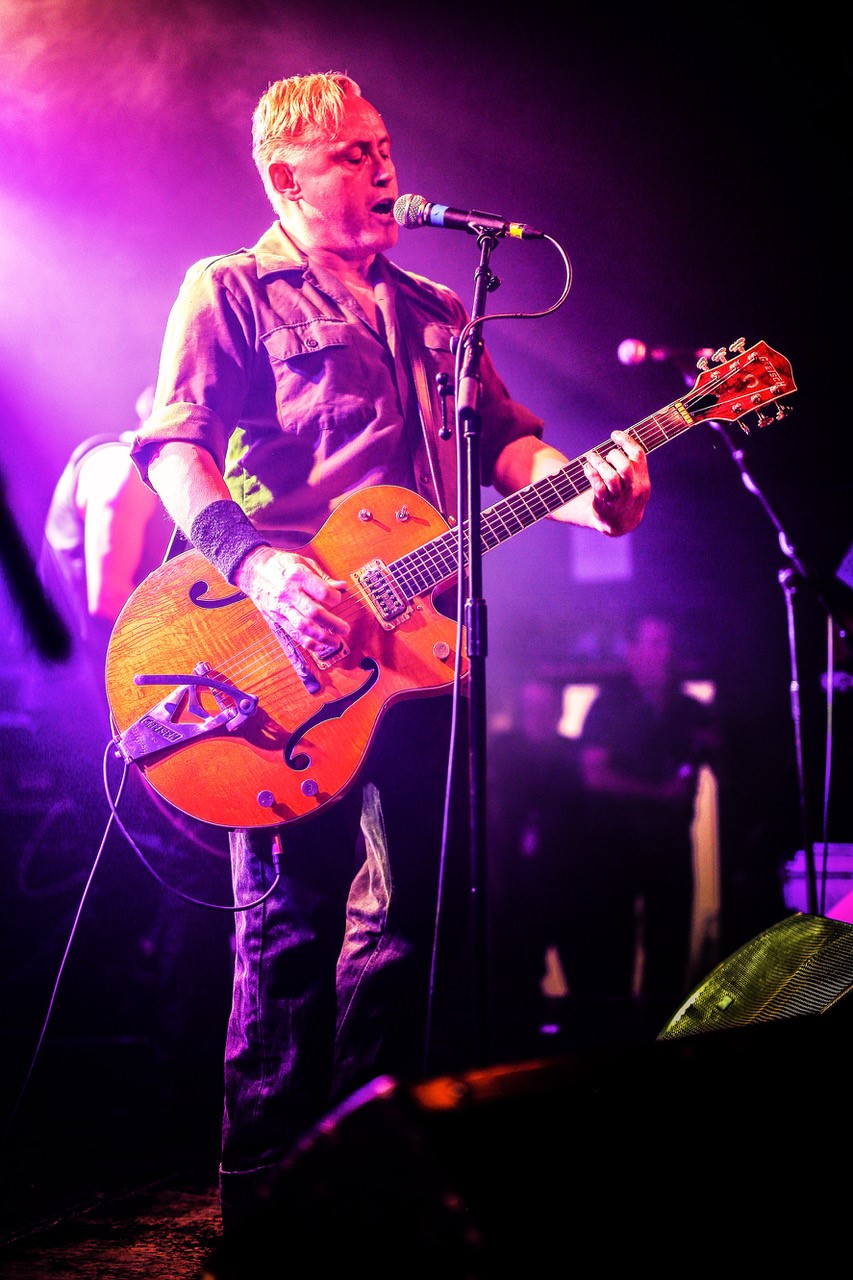 KIRK BRANDON has confirmed a string of live dates for 2019, including shows with SPEAR OF DESTINY, THEATRE OF HATE and THE PACK.

SPEAR OF DESTINY were formed in 1983 after the demise of Kirk Brandon's post punk iconic rockers THEATRE OF HATE. (Brandon had also, before TOH, been the main man in every punk rockers favourite band of that era The Pack)

The current line up of Spear is the longest serving to date and features Adrian Portas (New Model Army / Sex Gang Children), Craig Adams (Sisters of Mercy / The Cult / The Mission) and Phil Martini (Jim Jones and the Righteous Mind) on drums. Long time Brandon cohort Steve Allan-Jones will be covering the keyboards.

The current live show pulls on songs from all 35+ years of SOD. The classic's Liberator, Mickey, Rainmaker, The Wheel, Never Take Me Alive etc… are all found sitting closely alongside newer fan favourites such as Sputnik, Suicide God, Judas, Lucky Man & Berlin! Berlin!'.

In 1980, Kirk Brandon formed Theatre Of Hate from the ashes of heralded punk band The Pack.  Joining Kirk on vocals were notable punk musicians Stan Stammers and Luke Rendall, along with old school friend, Steve Guthrie and Canadian born John "Boy" Lennard, who revolutionised the band's sound with his haunting sax lines.

Theatre Of Hate's debut double-A-side single, "Legion"/"Original Sin", topped the independent chart in 1980, and "Westworld", their debut album, produced by Mick Jonesfrom The Clash and released in 1982, held the number one position for 21 weeks.  The single taken from the album, "Do You Believe In The Westworld?" has become an anthem and is still widely played in clubs and on international radio, as well as featuring on numerous compilation albums.

Kirk, Stan and John will be joined by current Spear Of Destiny band member Adrian Portas (New Model Army) on guitar and Chris Bell(Hugh Cornwall) on drums to pay homage to the iconic TOH sound.

The origins of The Pack started with the original band the Pack of Lies. It consisted of myself Kirk Brandon, John Fuller (An old school friend) and a Scottish drummer called Rab Fae Beith. We rehearsed and got the songs together at John's uncle's house in Stanmore.

The Pack itself was formed sometime in 1978 in Clapham, South London amongst the punk anarchist scene set amongst the backdrop of the totalitarian government of Margaret Thatcher – at a time when the country stood at the abyss of total chaos.

Looking back, the lyrics to the songs were simplistic, aggressive, confused, funny and silly – much like myself at the time. Life consisted at the time of trying to survive on the streets and squats of the south London - the whole period was funny, violent, grim and all at the same time, the band mirrored its surroundings – so no excuses made.

All band members myself included, I would describe as a fairly unhinged bunch of people, and what passed for normal, amongst the band and its constant crowd of friends and supporters, did not tie in necessarily with the outside world as a whole. This is a period that only now filmmakers are beginning to see the significance of. With all the violence.. Drugs and with one member of the band becoming religious in the end it had to implode sooner or later.

Spear Of Destiny at The Zephyr Lounge, Fri 1st June 2018

FM - THIRTEEN - new album out now LP / CD / digital (Frontiers)"Another demonstration of how FM write better songs than anyone else in their ...
[3 images] END_OF_DOCUMENT_TOKEN_TO_BE_REPLACED