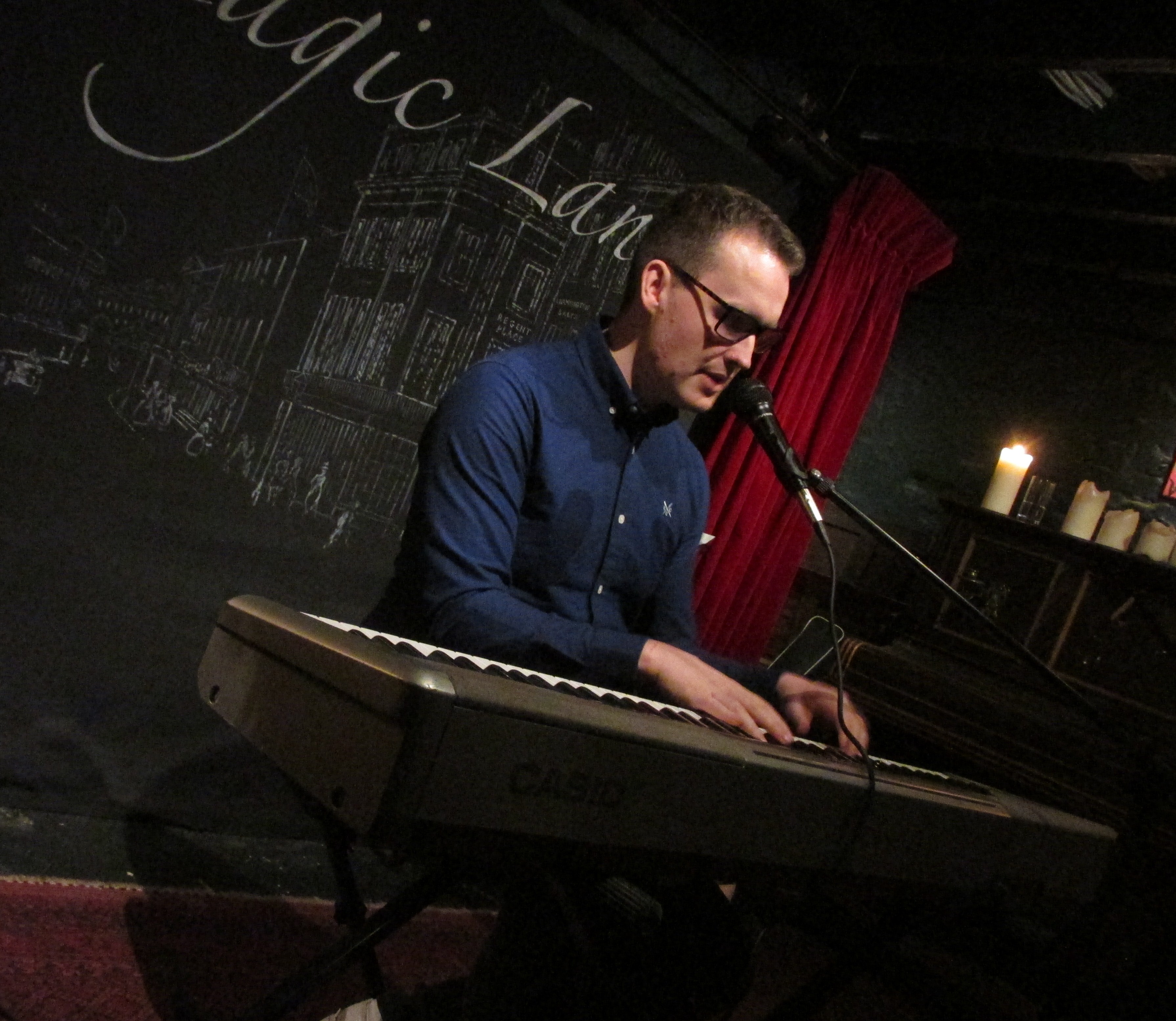 The keynote description being used at the Calton Kelly gig last night at the Magic Lantern  was "lush" and who am I to argue with that? I could use other adjectives too: let's start with "historic". This was the final performance of Coventry based singer-songwriter Robert Kelly under the name ‘Calton Kelly' which has gained such a strong local reputation for him. However it was not necessarily a sad moment as don't worry, he's not retiring but will henceforth be performing two new distinct acts (both live & recorded) under new names: one a more acoustic piano led set & the other a more electronic dance orientated one. Indeed recordings of both are well under way.

The sense of being present at a significant moment was enhanced by yet again the sheer quality of the music. You won't hear material like this in many places: both Robert & his support artist Callum Mckissock are excellent performers but also original & distinctive writing voices: when covers were played they were not well known ones generally (there was precisely one which would have been familiar to all but a few).

Callum is a skilled guitarist (I must at this point thank him for playing at all, let alone with such panache given the injury I only learned he was carrying at the end of the evening) and played a mixture of his own great songs both old & very new plus hand picked covers in a variety of styles: blues, folk etc (he admits to not wanting to be restricted to any particular genre) . He plays his songs in a variety of open-tuned key settings, sometimes most effectively with a slide and with a very wide range of dynamics from gentle picking to really powerful.

Robert's piano playing is very much of a classical style & allied to his beautiful voice (I honestly can't better the adjective "ethereal" which is so often used of it) worked so well in such an intimate setting. His lyrics complement his skills & generally they address the bigger questions of life, no doubt starting from personal experiences (he is really good at talking about his songs and his relationships with them between playing them), he universalises them but also deals very often with the abstract: his songs ("Chaos", "Frozen", "Sirens" etc) often have single word titles & rarely exceed two,  favouring concepts. Allusions & metaphors abound.

At such a watershed in his career, he treated us to several unheard or little heard numbers not least one only written earlier that day: this is an artist with his eye firmly on the future: can't wait to hear both his new personae.

As for last night, you really had to be there.....

Well here I am again, this time reviewing not one but two artists on whom I fear I may have already used up my supply of appropriate superlatives in ...
[3 images] END_OF_DOCUMENT_TOKEN_TO_BE_REPLACED